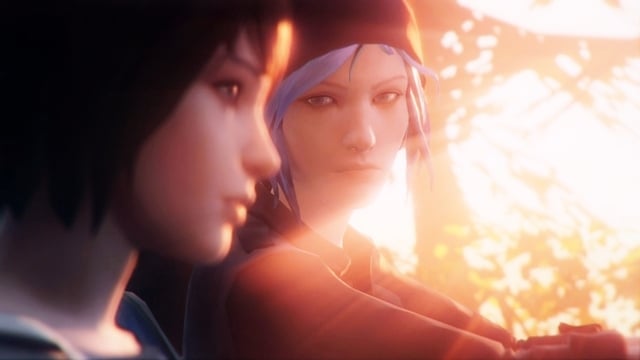 Say what you will about the lack of big games released on the Wii U this year, Nintendo has done a fantastic job in bringing us some of the best indie titles of 2015. Games like Box Boy, The Adventures of Pip, Year Walk, Runbow and Fast Racing NEO to name a few, have more than kept me busy these past twelve months. But of the hundreds of indie titles released in 2015, I really … REALLY … wish these five were available on the Wii U.

Developed by Game Freak (also responsible for the Pokemon franchise) — and published by Sega, Tembo quickly comes to mind when thinking about indie games that one would expect to be released on a Nintendo console. Tembo the Badass Elephant is a game that draws on the DNA of Sonic the Hedgehog, and like Sega’s classic 2D platforming franchise, this is a game about speed and momentum. The familiarities don’t end there: Along with the nod to Sonic, there are sections that feel lifted from Rayman, a jump-and-glide mechanic reminiscent of 16-bit classics, and cannons that rocket the titular character across the map much like those found in Donkey Kong Country. There’s even a swinging maneuver that recalls the original Bionic Commando and levels that would fit well in any classic Super NES title. But more importantly, Tembo is just a blast to play! For more on Tembo, be sure to listen to episode 18 of the NXpress podcast.

The concept behind Rocket League is easy to grasp: Players control futuristic monster trucks and supercars in what amounts to a game of soccer, albeit with giant balls to knock into a giant goal. The idea on paper seems ridiculous, but Rocket League is one of the most entertaining multiplayer sports games released this year. You don’t have to be a fan of soccer nor love cars to enjoy this game. The genius of Rocket League’s design is how it introduces a well-known concept and puts a clever spin on it. The game is easy to learn but difficult to master, and more importantly, hard to put down. I’ve already clocked in more hours playing Rocket League than any other game this month. Developer Psyonix has already formed a partnership with Valve, Sony and Microsoft to bring special-themed content to each version of the game. Steam players were awarded Portal-themed vehicles while Sony gamers were given the choice of downloading a couple of Mad Max Fury Road cars, a set of Revenge of the Nerds automobiles and even the DeLorean Time Machine from Back to the Future. Meanwhile, Microsoft got a set of Halo and Gears of War cars that players can download to add to their roster. Now just imagine the possibilities of DLC content should this game ever land on a Nintendo console. I could easily see cars inspired by the likes of the Blue Falcon, the Arwing, Samus Aran’s Gunship and Bowser’s Bad Wagon, to name just a few. Rocket League is one of the biggest surprises of 2015 and truly deserved winning Best Indie Game, and Best Racing Game at the Video Game Awards last week. Now if only Wii U user could play it on their console. For more on Rocket League, be sure to listen to episode 34 of the NXpress podcast.

It’s impossible to play Axiom Verge without thinking of Metroid. This is a game that wears its affection for Nintendo’s beloved 8-bit original as well as the 16-bit follow-up, Super Metroid — on its sleeve. This 2D side-scroller includes just about everything that makes Metroid so memorable: a great variety of weapons, unique abilities, a minimalist score and an evocative atmosphere. And while it isn’t quite as good as Metroid, Axiom Verge is a remarkable feat given that it was developed by one man over five years. Not only did creator Tom Happ do all the programming himself, but he also created the art, music, and overall design of each character and level. Much like Shovel Knight, Axiom Verge is a game that borrows the aesthetic of retro games, but, more importantly, it understands what made them work so well. It’s one of the best examples of the Metroidvania genre and it’s a shame it isn’t available on the Wii U.

“In this RPG, you control a human who falls underground into the world of monsters. Now you must find your way out… or stay trapped forever.” And so reads the synopsis for Undertale, one of the best and most inspired RPGs in years. Written, designed, and composed by creator Toby Fox, Undertale features traditional role-playing mechanics and casts players in the role of a child as they explore an underground world full of colorful monsters who they can either kill or befriend. Fans of Earthbound will love this strange indie gem — but while it seems to be a game designed for RPG fans first and foremost, Undertale’s personality and it’s great sense of humor gives it universal appeal. This is without a doubt one of the most original games released in 2015. Hopefully, it will make it’s way around to other consoles, specifically the Wii U or 3DS.

If you had the power to rewind time, what would you change? And would it turn out to be a change for the better or worse? This is the basic premise of Life Is Strange, a little game nobody really knew existed when released, and made by a little French studio named DontNod who’s first title, Remember Me was a commercial flop. It didn’t take long however until word got around that this is one of the best point and click games ever made. Released in five episodes throughout the year, Life Is Strange is a game that isn’t really about action, but decisions and much like the interactive dramas made popular by Telltale, Life Is Strange is all about the story. You play as the teenage Maxine Caulfield, an aspiring photographer at boarding school who while exploring her surroundings, finds herself in the middle of a missing person’s case, a double homicide and a catastrophic event that can wipe out her small hometown. Every choice, no matter how big or small, carries weight, causing players to second guess every decision they make. As with any game of this genre, almost the complete value of Life is Strange rests on its narrative, and though it is often plagued by storytelling tropes Life Is Strange is a beautiful, heartbreaking, and surprisingly dark coming of age story with a gorgeous, unique art style, a hip indie rock soundtrack (that includes Mogwai, Bright Eyes and Syd Matters), and a trio of cliffhangers that will leave you at the edge of your seat. Equal parts My So-Called Life, Twin Peaks and Donnie Darko, Life Is Strange sets a new bar in cinematic adventure games and is not to be missed. For more on Life Is Strange, listen to episode 33 of the NXpress podcast.