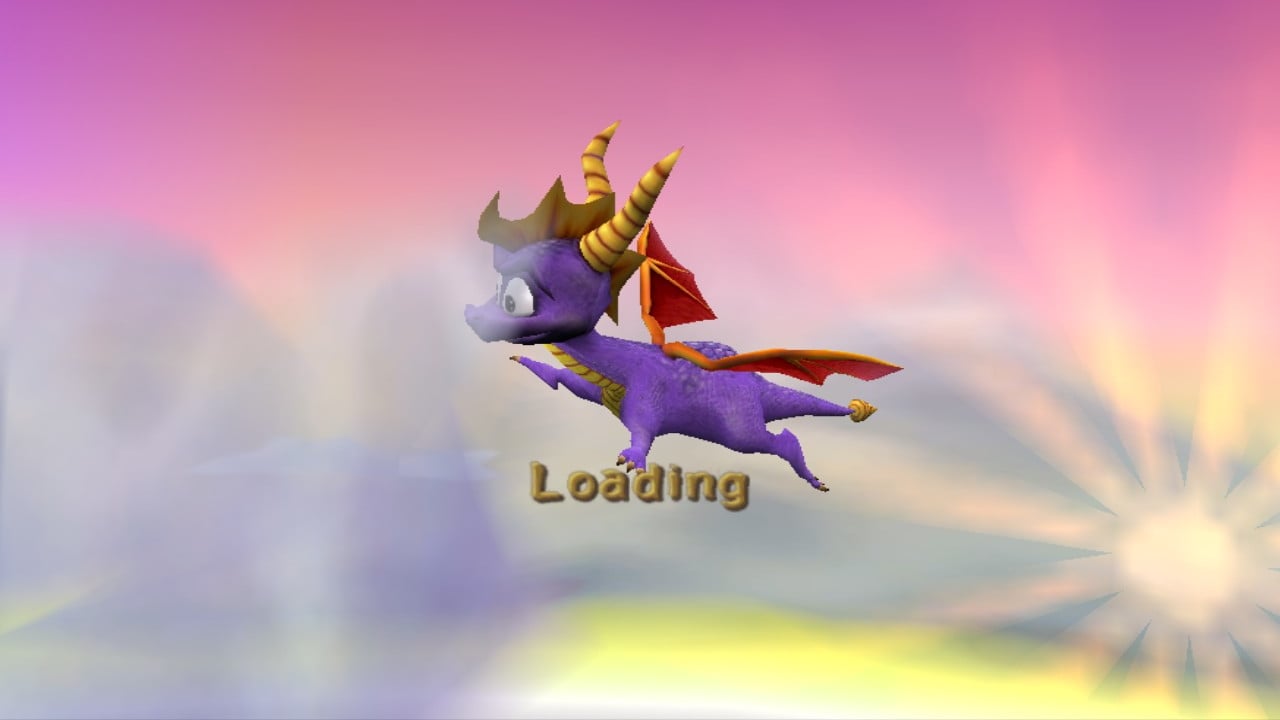 If one were to look for the cause of Spyro’s demise, the place to start would be Enter the Dragonfly. Never quite as famous as his bandicoot brother, Spyro the Dragon was nonetheless one of the stars of Sony’s first console. Not only that, but with the Reignited Trilogy breaking one million copies just two days after release, it’s clear that the purple dragon has remained quite popular to this day. Sadly, the hype about Spyro doesn’t seem to extend past the original trilogy, but why is that?

On one hand, platformers weren’t as big of a deal in the new console generation: Insomniac, Spyro’s original developers, moved on to the shooter-platformer Ratchet & Clank, while Spyro and Crash Bandicoot themselves, once mascots of Sony’s console, had to go multiplatform. On the other hand, Spyro’s first outing on PS2 and GameCube, just like Crash Bandicoot’s, was a complete disaster.

Following delays, Enter the Dragonfly hit shelves on November 5th, 2002. It was not a good day for the series. November 5th, 2002 is a full year after the debut of Jack and Daxter, the new king of Sony platformers, and a few months following that of Sly Cooper, the promising newcomer. Most importantly, the new Spyro was released just one day after Ratchet & Clank; the sequel to Insomniac’s best-known series, Spyro, came out the same week as their new IP, Ratchet & Clank.

Why Did Spyro: Enter the Dragonfly Fail?

Even with its then-powerful name, Spyro had no chance against those new giants. It didn’t help that the new Spyro didn’t seem to want to grow with its public; for all that matters, it didn’t want to change at all. Critics of the time highlighted three issues with Enter the Dragonfly: it was buggy, short, and most of all, it was a copy of the old Spyro.

New studios Equinoxe and Check Six, both tasked to lead Spyro into the new console generation, had a vision for a “darker, more adult take” on the series, but publisher Universal Studios asked for a more classic take. While project lead Goodsell replied by promising a classic Spyro with an RPG-lite twist, with open fields and a hub­‑city, the only part of his vision that made it into the finished product is a return to the series’ roots.

A handful of unlockable skills are the only noticeable digression from the previous games in the series. On one hand, the studio’s intuition wasn’t that far off: most next-gen games incorporated some sort of character progression, unlocking their protagonist’s full moveset during the course of the game. But this is a direction that classic Spyro games choose not to take: after all, the first game in the series came out after Crash Bandicoot 3 already introduced this mechanic, to little effect.

What happened to Spyro after Enter the Dragonfly

The original idea for Enter the Dragonfly, that of a darker Spyro with real stakes and a darker tone, might have been what inspired A Hero’s Tail, the next entry in the series. How those changes manifest in practice is that Hunter the Cheetah turned into Robin Hood while the Professor dropped the crazy scientist shtick to embrace a constant stream of sarcasm. That’s about all that’s new, yet it seems to have been enough to avoid any criticism of unoriginality. Perhaps if Enter the Dragonfly had given its cheetah a goatee, or put a glossy filter over the whole screen, history would have looked different for Spyro.

Instead, the dragon’s new debut established the series as a tired, old-fashioned thing. The new generation mascots were slick, stylish, and less childlike than the wide-eyed purple dragon. In different circumstances, Enter the Dragonfly could have been a reassuring sign to old fans or the start of a new chapter in the series, although perhaps a rocky one. Instead, boldly and confidently, Spyro chooses to plummet to his death.

More often than not, that fall is a literal one. Every platform in Enter the Dragon has a chance of being busted, unstable and slippery, as the result of a bug. You’ll spend a not insignificant section of gameplay trying to avoid those bugs-singularities, developing a sixth sense for finding dangerous areas, as if they were poisoned or radioactive.

Another area that plummeted all throughout the PS2 Spyros is the soundtrack. The music is fine, sometimes even good, but it goes no further than that. The soundtrack lacks the mix of alien synths and familiar melodies of Spyro 3 or the weird take on classic video game-level music. Sunny Beach from Spyro 2 sounds like surf rock from an alternate reality; Luau Island from Enter the Dragonfly sounds like a normal beach level.

What advantage the new generation of Spyro had over the original trilogy came from being released on better hardware. They weren’t pretty and didn’t have a distinct style, but they supported widescreen resolution and better polygon count, texture filtering, larger levels, and so on. But now, with the Reignited Trilogy bringing the PS1 Spyros to the current gen (with no plans to do the rest of the series), any reason to strife from the original trilogy disappears.

Still, there’s a limit to how many times fans of the series can replay the originals and the Ignited Trilogy. Those who just can’t wait for a hypothetical new Spyro game would be much better served by the indie game Zera: Myth Awakens than any entries in the series past number 3. Former Spyro fan game, the demo for Zera offers two hours of the richest and most expressive movement-based challenges out of the entire series. As for Enter the Dragonfly, new and nostalgic players alike would do better to skip this one.

Spyro: Enter the Dragonfly isn’t available anywhere online but used copies can be found for as low as $5. The Reignited Trilogy, a remake of the first three Spyro games, is available on PS4, Xbox One, Switch, and PC. Zera: Myth Awakens is available (for free!) on PC through Itch.io, with a Steam version on its way.