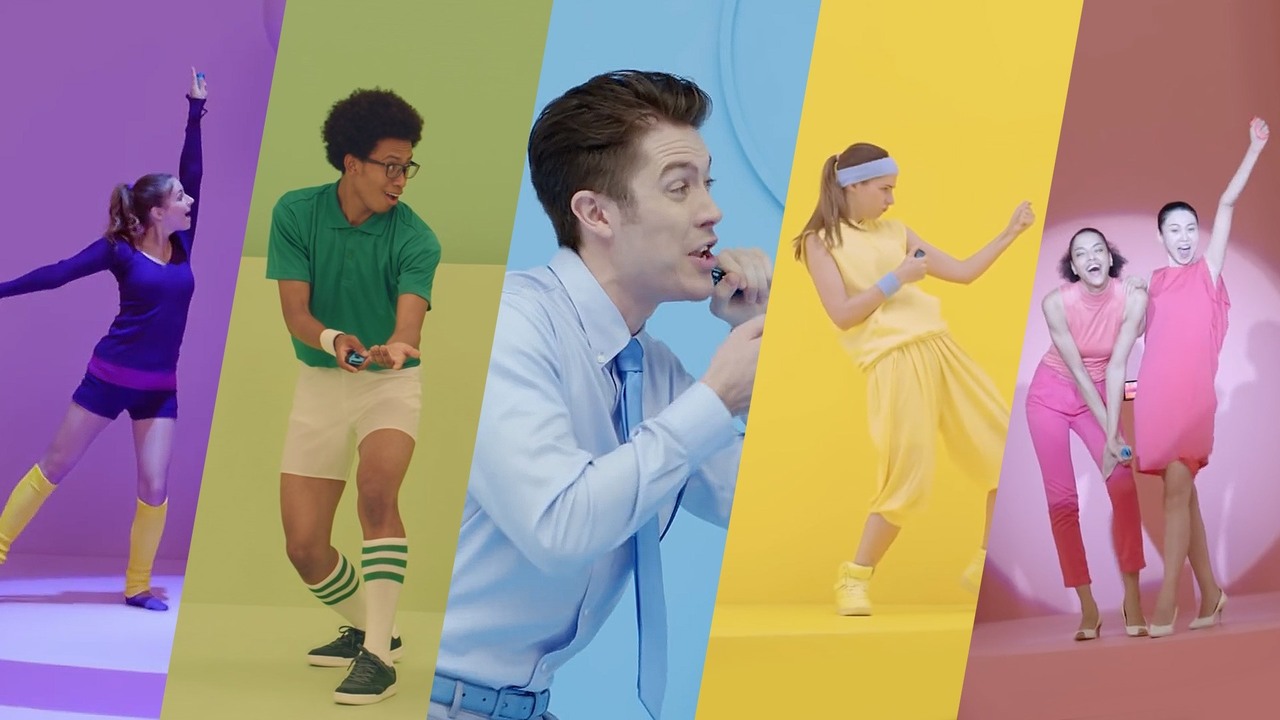 Last night, Nintendo ended months of speculation by revealing a ton of information about its upcoming console. Most importantly, Nintendo premiered the first footage of some exciting new games, including Super Mario Odyssey and Splatoon 2, to name a few. While it was great to see a new Mario game, not to mention that breathtaking four-minute trailer for Breath of the Wild, the presentation itself was a huge mess. As I noted in a previous article, the event got off to a good start, with Nintendo outlining the specs of the hardware, the groundbreaking controls and the various modes of play. Everything was going well – that is until they revealed 1-2-Switch.

The Nintendo Switch’s first exclusive title, 1-2-Switch is a multiplayer social experience that, wait for it … doesn’t rely on players looking at their television sets. The title was announced onstage after an embarrassing two-minute promo featuring a cheesy Western shootout before cutting to random shots of what looks like people pretending to do martial arts and playing tabletop tennis. From what little I’ve seen of the game so far, 1-2-Switch is a bizarre misfire in which greater care was lavished upon shoving yet another gimmick into a video game console than on producing something fun to play.

1-2-Switch, which could be described as a poor man’s Wii Sports, is a two-player party game that Nintendo says is best played by looking into the eyes of your opponent, studying their body language, and reacting to their movements – because what better way to sell a video game console than to advertise games in which you don’t even need a television to play? There’s even an eating contest, in which you place the Joy-Con in front of your mouth and chew as fast as you possibly can. I’m not making this up, and if you don’t believe me, just watch Treehouse Live. It’s no wonder Nintendo stocks have once again dropped after this reveal. The game seems exhausting, utterly without feeling, and pointless. This monument to the vacuous excesses of checkbook gaming highlights the desperation of Nintendo, who throws money at just about anything in hopes it will buy them a blockbuster.

The game uses the Joy-Con’s various components — including its IR camera, motion sensors, and new HD rumble technology for object and depth recognition. In a short demo video, players were shown doing a huge variety of activities, many relying on motion control while never once looking at the television screen.

The game sounds fu##en ridiculous because it is. I’m not dismissing the fact that perhaps some people will have fun playing 1-2-Switch with a group of friends, presumably when they are pissed drunk, but here’s the thing: when you take the world stage and announce your next video game console, following suit of the Wii U, your worst-selling video game console, you really need to bring your A-Game. 1-2-Switch is nothing short of embarrassing for a company with a track record of producing some of the greatest games for over four decades. It’s unclear if the game will be bundled with the Switch, but it is in Nintendo’s best interest that they stay far away from packaging this with the system. In fact, as far as I am concerned, Nintendo should downright drop the entire project and not release it at all.

When you think of Nintendo’s biggest mistakes, you think of the Virtual Boy or their decision to keep the N64 cartridge-based. When you think of worst modern inventions in general, you think of New Coke, Slime Checks, Microsoft Bob and the Segway, but 1-2-Switch might just top all of that. 1-2-Switch is all concept and no content and watching people play is like watching money burn on the screen. Few things are potentially more dangerous to the health of Nintendo than this joyless, bizarrely static fiasco, a ramblin’ wreck that represents the Big N at its worst.