Gaming and sex go together like…gaming and sex. Admittedly those aren’t two activities often associated with one another, for various reasons. One of those reasons might be the usually weird, sometimes awkward depiction of sex in games. Most games steer clear of the subject, or do it in off-screen cutscenes that fade to black. Occasionally games will go all in, with mixed results. While some games like The Witcher 3 or Wolfenstein: The New Order manage to pull off something decently artistic, the games on this list were either to weird, or to funny to take seriously. 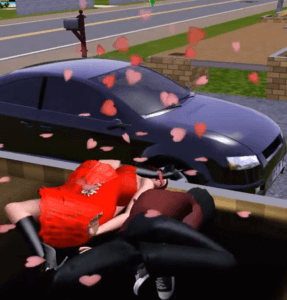 In The Sims‘ defense, players weren’t actually supposed to see this scene play out. Throughout the series The Sims has only slyly alluded to sex, using the in-game moniker of “Woo-hoo”, and while the where/how Sims can Woo-hoo has evolved, the depiction hasn’t. Its always the same story, the Sims get frisky, then hide under or in whatever object they’re doing the deed in, and when they’re done they simply walk away. However players figured out as far back as the first game that if you used the “move_objects on” cheat, you could move the bed whilst the Sims were in the act and sneak a peak. Only forget your juvenile thoughts of naughtiness because all players were rewarded with were fully clothed Sims contorting in unnatural ways, creating horrors only Lovecraft could conceive of. Its now tradition in the games, and something neither EA or Maxis seem keen on not talking about.

Often considered David Cage’s magnum opus, or the first sign of his growing insanity depending on who you ask, Indigo Prophecy is about a man named Lucas Kane that gets swept up in an ancient prophecy that threatens to destroy the world. Its side plot is about the sassy New York detective Carla Valenti chasing Kane down as the suspect in a brutal murder. As the plot progresses the two become more and more intertwined until inevitably they give in to their primal desires just prior to the final showdown. That sounds fine and all, except for the fact that Kane dies about halfway through the game, a point they make very clear several times. While the scene itself is presented with the artistic merit you’d expect from a David Cage game, the overtone of necrophelia is just a bit to weird and certainly kills the mood throughout.

Creepy animation aside, just remember the guy in this scene is clinically dead

Ride to Hell: Road to Retribution

The great thing about this game is that you can stream it (or include screenshots of it) anywhere you want, because there’s no nudity and quite frankly nothing that could even be considered sexy by any stretch of the imagination. Ride to Hell is such a complete failure of a game that it’s a great contender for the title of “The Room of gaming”, and like Tommy Wiseau’s masterpiece there’s the hilariously failed attempt to show people having sex, albeit sans the awkwardness of banging on a spiral staircase. What makes these scenes weirder is they almost always come as a “reward” for beating someone up, so not only is it hilarious to watch two fully clothed people undulating uncomfortably without any sound effects, it’s also got a sprinkling of sexism on top of it! Truly a wonder how this game didn’t fare better.

This game is honestly art.

Quite frankly any of Bioware’s games could have worked here. While Bioware is great at a lot of things, like building worlds, establishing characters, or creating deep stories, animating has never been something they’ve excelled at. Nowhere is this more painfully obvious then the sex scenes of Dragon Age: Origin, which one user notes “…looks like two refrigerators smashing into one another”. Blessedly, in regular Bioware fashion these scenes are kept short and to the point, and the conversations both leading up to, and following after them last longer then the act itself. Maybe your character is better off smashing the skulls of daemons over smashing the beds of willing peasants. 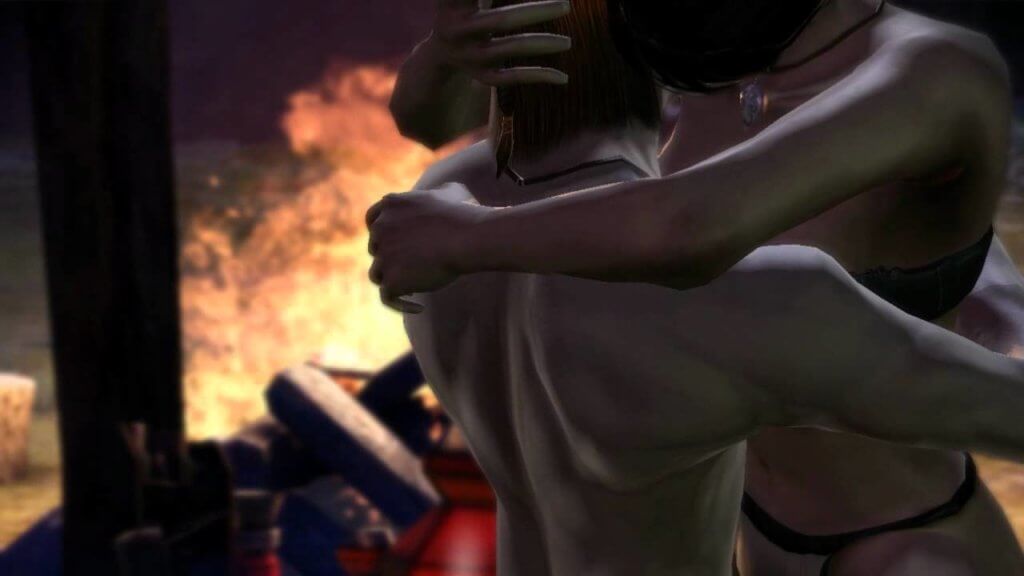 About as hot as a spell of icebolt.

This one is extra special because it comes with a serving of controversy on the side. GTA: SA was and is a great game, considered by some to be the highlight of the entire franchise. However not long after its release modders started digging around in the code to see what was left out, and users discovered there was supposed to be much more to the dating mini-game then what was actually released. Throughout the game CJ can date up to six different women, and completing their dates unlocks special bonuses, one of which is a short scene where the women invite CJ in for a coffee and the game fades to black, leaving everything up to the player’s imagination. It seems that there was originally an entire sex mini-game, utilizing a rhythm system similar to the dancing mini-game in certain clubs, that CJ would have to complete in order to gain these bonuses. Originally Rockstar denied all claims that this was a hidden part of the base game, but users have since revealed that everything was coded in both the console and PC releases of the game. With the PC version specifically, the mod only changed a single bit of data to re-enable the cut content.

The fallout from this release was massive for Rockstar, ranging from lawsuits and boycotts from concerned watchdog groups, to the rise of the now infamous anti-video game lawyer Jack Thompson. Then senator Hillary Clinton attempted to impose stronger content regulations on video games, the ESRB moved GTA: SA‘s rating up to an 18+ and had it taken off store shelves, and there was even an investigation over whether Rockstar had attempted to circumvent the ESRB by hiding this content in their game. None of this seems to have deterred Rockstar, who have never been one to shy away from either controversy or adult content, and every GTA game since San Andreas has features gratuitous sex, on top of the ludicrous amounts of violence the games are now known for. Just proof that people are fine with you shooting hordes of people, as long as you don’t dare show some skin.

Corrupting the term “hot coffee” for over a decade!

This one isn’t the fault of any one company, but of the player base as a whole. There are many arguments over whether or not games and gamers are sexist, but one thing is for sure, they just don’t seem to really get how sex works. Whether its the bizarre amount of mods for Bethesda’s RPGs, the sexual overhauls of The Sims, the countless and tasteless nude mods for everything from Tomb Raider to Resident Evil, or any of the other weird machinations of a fanbase with too much free time on their hands. If sex scenes programmed by seasoned animators fail more often then not, why would anyone assume the amateur works of home modders would be any better? Maybe the better question is why are some of these so popular, with sex mods almost always ending up in the top quarter of the most downloads on mod sites. There used to be a mod for Morrowind that broke the game, but received thousands of downloads because it got a little risque. The old adage of “if it exists, there’s porn of it” is truly alive and well in gaming. 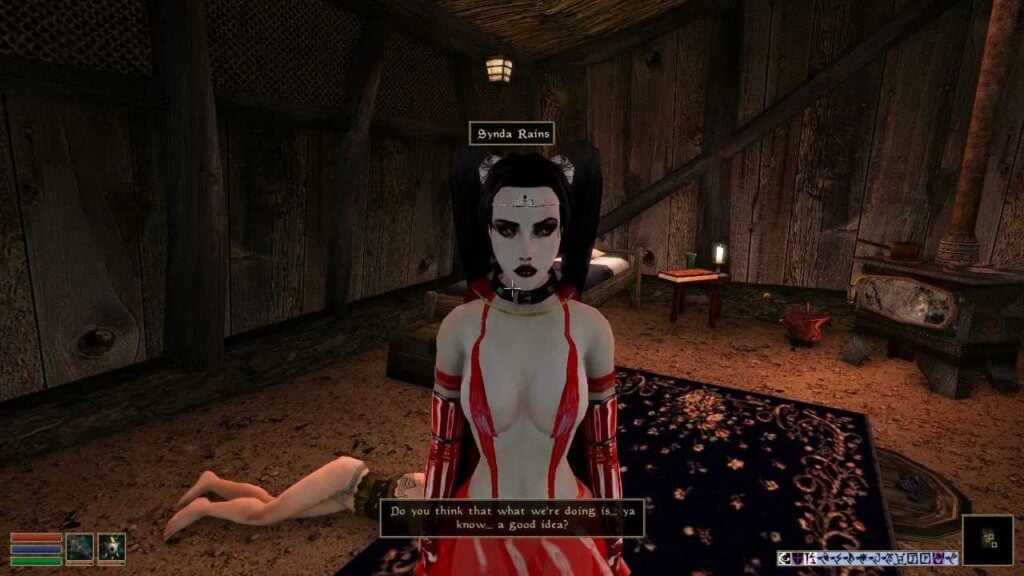 It only gets worse the further down Google you go.