It wouldn’t be a stretch to say that last week’s Nintendo Switch reveal disappointed, outraged, and dampened the hype for a lot of vocal Nintendo fans, fans who have expressed their frustrations on social media, hammering new titles such as ‘1-2-Switch’ with a vitriol unseen since the dog days of the Wii’s motion-control dominance. A melancholic spirit of doom and gloom seems to have descended upon the Nintendo fandom in the past week, it’s inception the belief that Nintendo somehow mishandled the presentation and missed out on a golden opportunity to market the Switch to new customers. That statement is false, however. It wasn’t Nintendo’s fault for how the reveal went over with fans. No, it was our own.

With every new console release, especially since the Nintendo 64, it seems as if Nintendo is the subject of unparalleled examination and rebuke. Every console since the N64 has had a narrative attached for why it was somehow a failure; the N64 used cartridges, the GameCube used mini-DVDs that made it hard on developers, the Wii was under-powered and oversold, and the Wii U was a poorly named, improperly marketed disaster. Now, the narrative seems already crafted for the Switch, “Wii U 2.” For nearly twenty years, we’ve lambasted Nintendo for their peculiar design limitations all while ignoring the fact that such limitations didn’t hamper great games from coming to those consoles. They never prevented amazing experiences from developing nor prevented Nintendo from creating the masterpieces that they are known for. Because the ideas weren’t popular in the West, they are considered failures (so goes the narrative.)

We, as gamers, are too focused on making Nintendo, a Japanese company founded in the 19th century, fit into our modern, Western ideas about the way their consoles should be manufactured. We tell them they need third party games when, to be honest, few third party games stand the test of time on their consoles. We tell them we need a solid online system when they are the only major video game company that still cares about couch co-op. We tell them they need Madden, FIFA, and Call of Duty to succeed when those games are rarely, if ever, exclusive to one console. To tweak the famous Einstein quote, we are consistently judging Nintendo on their ability to climb the proverbial tree (i.e. act like a Western console manufacturer) and not by the amazing experiences that they ultimately craft.

They need to stop being judged on their ability to sell their platform to hardcore gamers. Gaming needs a Nintendo interested in developing games for casual audiences. The casual market, since the Wii and the explosion of free-to-play titles, is a market with few quality experiences; Nintendo is a lone exception. We shouldn’t discourage Nintendo from entering the casual market with games like ‘1-2-Switch,’ but should instead keep an open mind regarding similar titles. Sure, games like ‘1-2-Switch’ aren’t going to be winning Game of the Year anytime soon, nor are they experiences that stoke deep thought, but in a world filled with micro-transactions and games carefully designed to make money above anything else, they are quality experiences that can bring together gamers and non-gamers alike. The rejection of casual games doesn’t make gaming better, it only makes it more homogeneous. There is deep irony in the fact that we decry publishers, such as Activision-Blizzard, for a series like Call of Duty (which has evolved very little in six years), but we criticize the most innovative company in the industry for their refusal to talk and walk like everyone else.

Gaming needs casual games. Nintendo is one of the last bastion of AAA games that are family-friendly and also accessible for all ages. Walk into any modern GameStop, or similar store, and one is often greeted by marketing focused exclusively on older teen and mature titles; games that, while enjoyable for older audiences, are not appropriate for most children. For gaming to thrive as an artistic medium, it needs to inspire children around the world from a young age. Nintendo appeals to this younger audience (a fact recently attested to by Sony president Shuhei Yoshida) and is one of the few game publishers focused upon experiences accessible to the entire family. In an age where electronic devices separate families rather than bring them together, criticisms of Nintendo’s focus on family-friendly experiences are more short-sighted than ever. Embracing non-gamers should be an important part of Nintendo’s strategy, not only with the Switch, but with every experience that they craft. 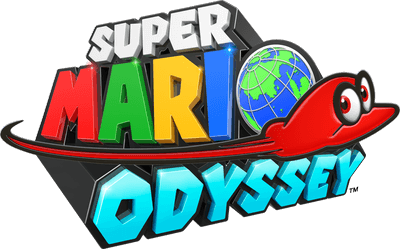 The Switch showcase on January 12th was critiqued for being too slow, too awkward, and for being translated instead of localized in a Direct-esque format. This criticism shows how easily we ignore the significant cultural differences between Japan and the West. Nintendo is a traditional, Japanese company and there are bound to be things lost in translation. The gulf between Japanese and Western cultures becomes more apparent when we consider the setting of the event, Japan. In the past, Nintendo has shown their ability to operate much as Western companies do, such as when they revealed ‘Twilight Princess’ at E3 2004, but this event was aimed toward a primarily Japanese audience and was tailored with that audience in mind. Events set in the West, such as E3 have often given Western consumers the exciting reveals that they have craved. However,given the differences between Japanese and Western cultures and the degree to which, unlike a traditional Direct, this event wasn’t aimed toward a Western audience, it is no surprise that the slow, low-key pace failed to impress Western games media.

Ultimately, Nintendo has never done things as other companies have, especially in the United States and, in light of that, it is paramount that we understand who they really are, a team of talented artists, programmers, and businessmen whose job it is to develop fun, accessible, and well-crafted experiences that stand the test of time. It is time that we respect them for who they are in the industry and understand that they saved gaming as an artistic form. They do not need to be like Sony or Microsoft. They don’t need to appeal to hardcore gamers, Western fans of Japanese games, or any other market segment. They simply need to continue what they have been doing for the past forty-five years, making great games for everyone.