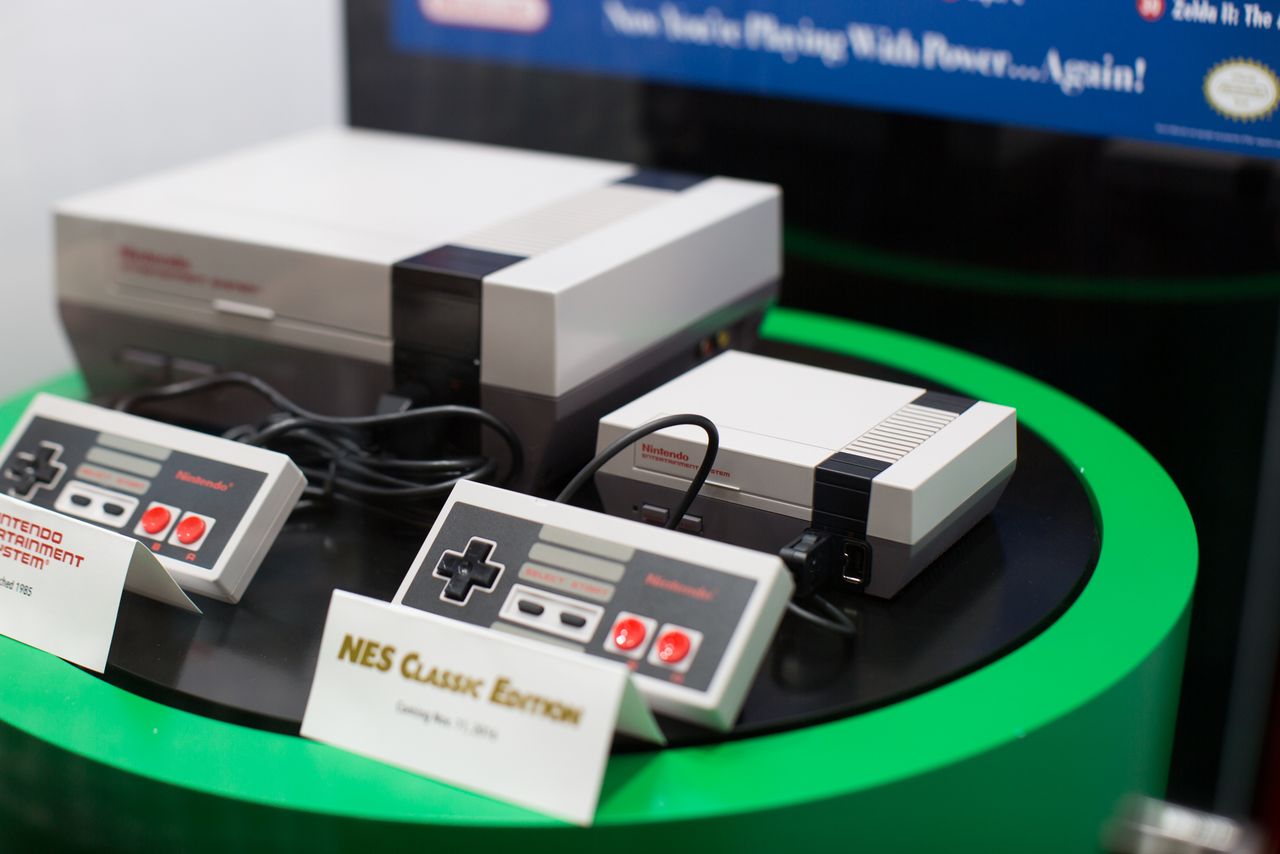 In a time before Playstation and Xbox, there was another champion of the games industry. While new heroes have been born, an old familiar hero never leaves our hearts and is back…if not a little smaller than before. Nintendo is launching a miniature version of the Nintendo Entertainment System on the 11th, November with thirty of its biggest titles.

It’s been thirty years since the classic NES was released and it’s still as playable as ever. Not much has changed, not even the design. What worked in the 80s can still work in the 21st century apparently, and it’s hard to argue. The nostalgia-inducing grey box has always been an ugly kind of beautiful, and its controller to match is certainly reminiscent of simpler times.

But now this technology of the 80s needs to work with the technology of today, and it does that via a USB cable that connects straight to your TV, and then connecting it via HDMI. The classic NES would have needed an RF switch to temporarily disable your digital signal, and then you’d have to find the channel it was using. Quite the kerfuffle. You’ll also notice that magical power button, with the power light that blinks into life. And beside it, the rage-quit (reset) button, that probably wore away after too many failed attempts at Super C. There is no cartridge slot, just a mere outline of where one would have been back in 1986.

The Nintendo Classic Mini NES is a sealed box, and it would seem there’s no way around that. The soldered-flash storage makes it near impossible to update it with your own games. Therefore, to play any games not featured on the Mini NES, you’ll have to fiddle around with an RF switch, and blow on an old cartridge and hope it still works.

A bigger problem, however, is the controller. You won’t be able to use your old NES controller, which means you can only use the controller designed for the Mini NES. The issue here is the cable length. The classic NES cable length on its controller was 8 feet, on the Mini NES, it’s 2.5 feet. It’s quite the irritable mistake. Anybody that played the NES as a child is most likely too old to go back to sitting on the floor, cross-legged, to play games. Once you’ve found a comfortable place to reside without getting a backache and you’ve turned on your new machine, you’ll find a simple menu displaying all thirty of the retro games. For each game, there are four save slots, and unlike the classic NES, you can save these games at any time. You merely have to press the reset button to save a game.

The mini NES also has three display modes while in a game, Pixel Perfect, 4:3, and CRT filter. The NES was certainly played on a 4:3 CRT television, so that’s the mode that mimics the classic NES the most (although the old NES was not quite 4:3 so the pixels were a little stretched). That being said, the CRT filter can offer you another retro feel to the game, simulating the visual effects you’d have seen on a CRT television over an analog connection, quite nostalgic. But if you’re new to the NES, pixel perfect would be your best choice; it is what it says it is.

The price is more than reasonable. For $60 you get a Mini NES with thirty games, plus a controller. For a second controller, it’s $10. If you reside in the UK, it’s £49.99. The classic NES on sites such as eBay right now can fetch up to $100, so the Mini NES really is value for money.

The games included are as followed:

There are some obvious classics missing, such as Battletoads, but those thirty games represent excellent value. And let’s bear in mind, this is just the classic edition. There’s nothing stopping Nintendo releasing a different edition of the NES with different games, such as a sports edition or an action edition. However, this Classic Edition Mini NES does represent the NES nicely, and it would be surprising not to see it on any 80’s child’s Christmas list.