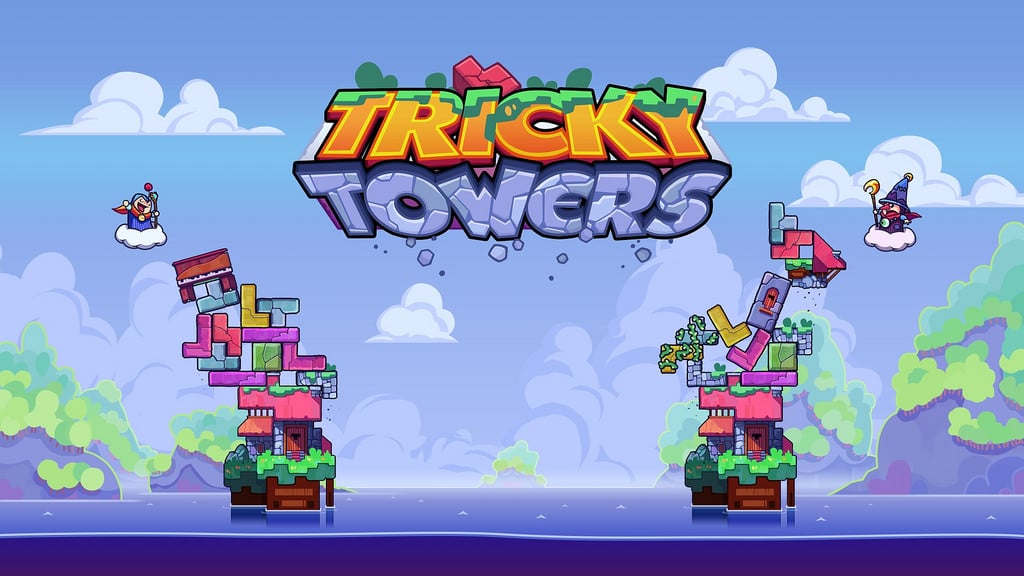 It’s not uncommon for an old concept to be revamped for a modern audience, and sometimes a blast from the past can be the perfect base for a new title. Enter Tricky Towers, which aims to do something similar by using concepts from Tetris and giving them a new lick of paint. However, Tricky Towers goes beyond what could be considered a fairly easy re-imagining of Tetris and refines it beautifully.

Tricky Towers starts on a positive note with an excellent variety of modes, all of which centre around the brilliant Tetris formula. ‘Race’, the standard game mode, sees you building a tower to a certain height as fast as possible. This mode excels at giving you the original Tetris feeling everyone loves, and for that, developer Weirdbeard should be applauded. ‘Survival’ requires the player to build a tower without it falling over. The catch is that for every block that falls off, you lose a life; losing 3 will mean game over. Finally, ‘Puzzle’ is a unique mode that makes the player build a tower that is as small as possible while using a set number of blocks. This seems quite counter-intuitive for a game based on building towers, but that’s what makes it so interesting. 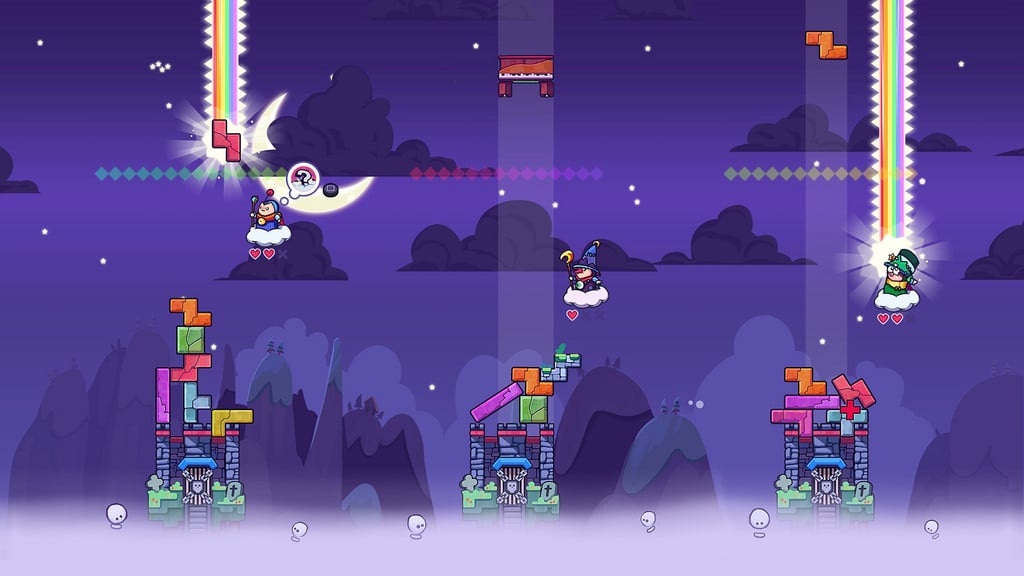 However, Tricky Towers is far from perfect when it comes to informing the player on how to actually win each mode. If you jump straight into the multiplayer, you won’t understand the objectives and it can make the first few games frustrating. To add to this, the quantity of the modes isn’t high enough for a modern title focusing on multiplayer. The map variety isn’t too impressive either, with locations recycled frequently. This means that if you don’t get hooked from the onset, the game can become boring fairly quickly.

In conjunction with its great modes, Tricky Towers has both single player and multiplayer content that utilises all of them. While the game has leaderboards to incentivise the single player experience, the game truly shines when played with friends. The local multiplayer is a barrel of laughs, reminiscent of games like Mario Party thanks to some interesting item and weather mechanics. Players can either focus on destroying their opponent’s tower or making theirs more secure, and this means that everyone has a chance of winning. I’ve gone from last to first in a matter of seconds thanks to item usage and it makes Tricky Towers competitive to the very end.

But more importantly, its direction with online multiplayer ensures it has life in the months ahead. Other great party games, like Towerfall: Ascension, have often skipped online functionality, and it limits the long-term appeal of the title. There is also little to no lag while playing online, which is important because of how tight some block placements can be. It would take away from the experience if the game stuttered, so thankfully the servers are stable. 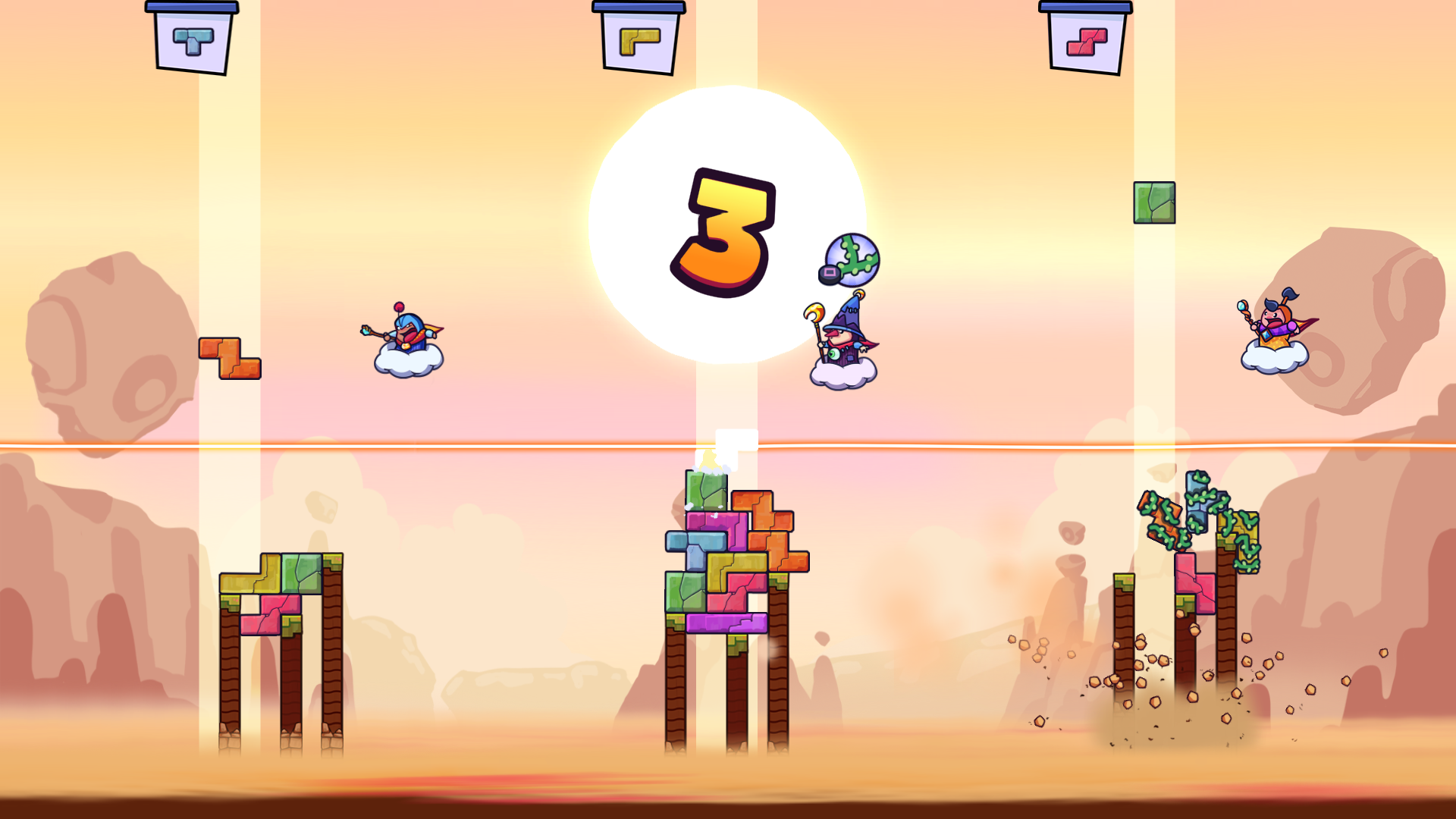 The puzzle mode is definitely my favourite!

The art style for Tricky Towers is appealing and well-polished thanks to its simple but effective direction. Cute cartoon avatars and bright colourful backgrounds make the game feel fun, and it doesn’t take itself too seriously. The sound design is also excellent, with some fantastical background music helping to make the building process feel dynamic. I particularly love the cute and funny sounds one’s wizard avatar makes. Besides that, it doesn’t really stand out as anything too special. I was also disappointed that new avatars had been hidden away behind a pay wall. The game has no real progression system outside of your rank, and a new avatar could’ve been a good way to incentivise the player.

Tricky Towers shows that you don’t need to reinvent the wheel to make a good game, but tweaking it never hurts. Its solid—albeit limited—modes and maps provide compelling gameplay that makes it a blast to play with friends. As long as that is enough for you, the game won’t disappoint. Don’t be surprised if you can’t stop playing.