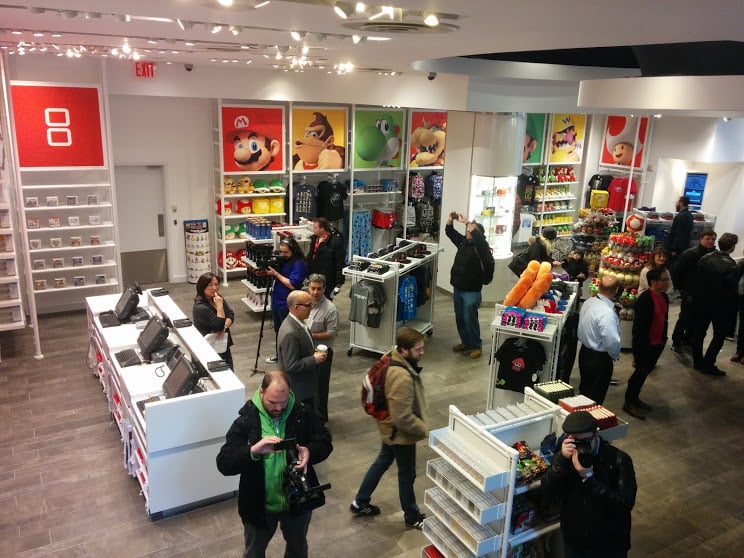 The Nintendo World Store has been around since 2005, acting as a safe haven for all Nintendo fans who happen to find themselves wandering around Rockefeller Center in Manhattan. While it has always drawn a considerable crowd, the folks at Nintendo decided this year to give the store a bit of a makeover in order to improve upon the in-store experience. After only one month of major renovations, the Nintendo World Store in New York City has evolved into Nintendo NY, boasting many new additions and improvements to the store that fans are bound to love.

The grand reopening took place yesterday, February 19, and it appeared that just about every Nintendo fan that could come out for the event did. Walking along a long block in the middle of Manhattan to see a never-ending line of eager fans is an interesting phenomenon, especially since the first person in that line had been there since 6AM the previous morning. So obviously this reopening is a pretty big deal to fans, which became even more apparent upon entering the new and improved store. 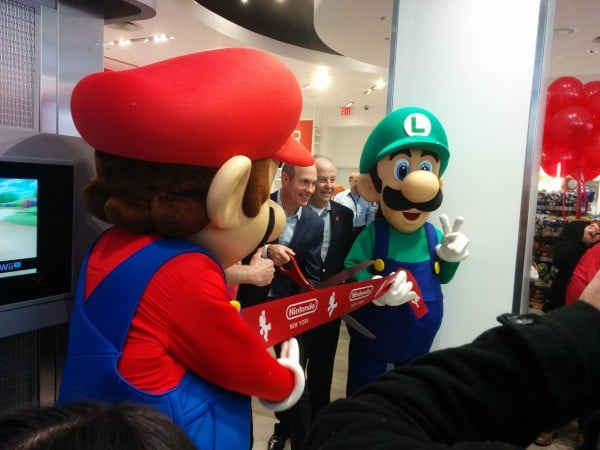 Press were allowed to wander around the store three hours before the actual opening. Among the fervor and the Nintendo-themed cupcakes that were generously provided, invited press (who were all clearly fans as well) were treated to a ceremonial ribbon cutting led by Nintendo sales EVP Scott Moffit, sales VP Doug Bowser, and the voice of Mario himself, Charles Martinet. The ribbon was cut and we were finally allowed to walk around and marvel at Nintendo’s new digs. 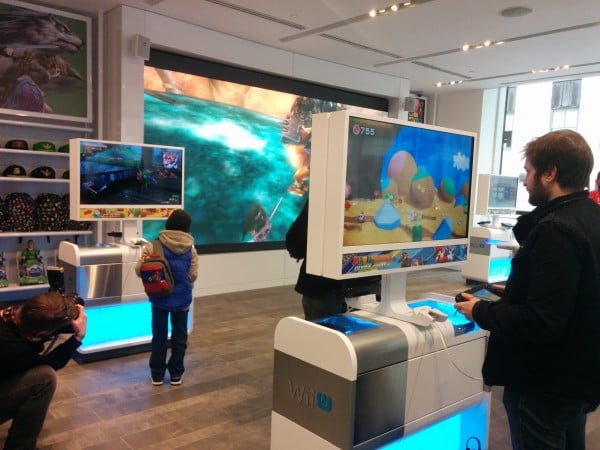 The set up of the store changed substantially, most notably on the second floor, which essentially was given a pretty sweet upgrade. While there are still plenty of gaming stations, the second floor now has a great mix of gameplay, merchandise, and Nintendo nostalgia to satisfy fans of any age. The display cases exhibit many gaming consoles from over the years, serving as an interesting evolutionary study of Nintendo. And there’s also the 15-foot gaming screen that might have you gaping for a solid 10 minutes as you watch someone play Twilight Princess on it.

The first floor offers even more gameplay and all the Mario plushies you could ever want. There’s no denying that Mario is still the main highlight of the store, with new statues of him adorning the place. But it’s all balanced out with Zelda, Kirby, and Pokemon memorabilia that establish a unity between all of the franchises. 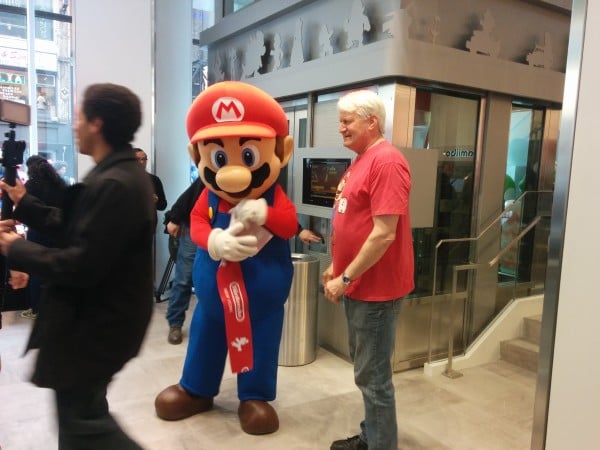 There’s something extremely surreal about walking through the new store, occasionally running into life-size versions of Mario and Luigi (who are incredibly photogenic), and also seeing Charles Martinet chatting and taking pictures with fans while simultaneously being surrounded by an incredible amount of Nintendo history. Essentially, the new store beckons old and new Nintendo fans, offering a fresh look at an over 100-year-old company. It’s certainly more immersive thanks to new design and layout changes, and will surely entice fans with more merchandise options. This grand reopening proves that there is still so much life to Nintendo, thanks to the devoted fans and to the people behind the curtain. 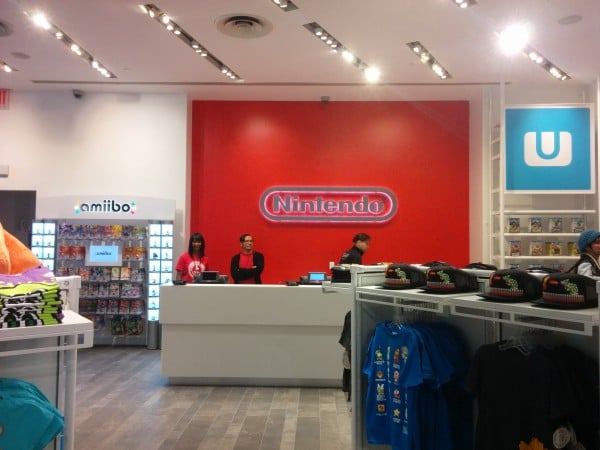 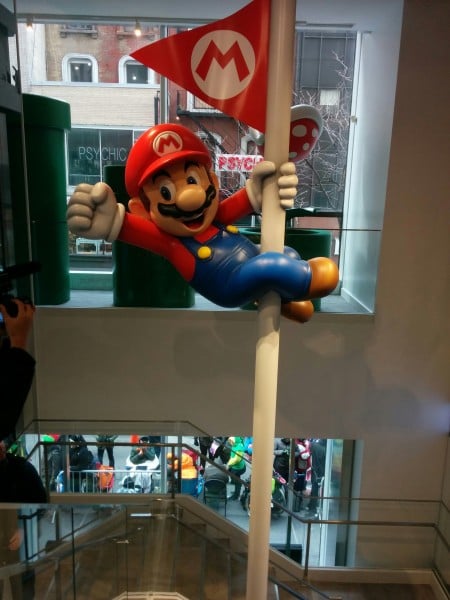 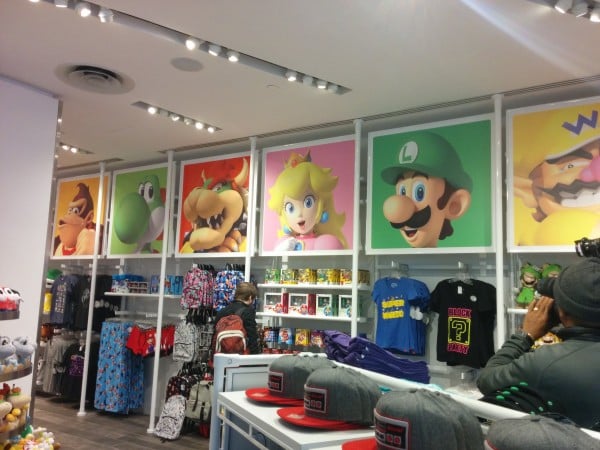 Sarah Lord is a film nerd living in New York City. She watches a lot of movies and writes television reviews for Gottawatchit.com and has a YouTube channel (The SPLord) dedicated to movie reviews and other general ramblings. When she takes a break from anything movie related (which is rare), she wanders around the city in search of enlightenment and good food. Feel free to follow her on Twitter @TheSPLord and check out her Tumblr thesplord.tumblr.com.