The Messenger isn’t shy about wearing its inspirations on its sleeve. From the fantastic chiptune soundtrack to the shinobi protagonist, this retro action-platformer is a loving tribute to classic 2D side-scrolling action games of yesteryear — namely, the 1980’s Ninja Gaiden series. Or at least, that’s how to best describe the first half of the game…

In recent years, we’ve been inundated with plenty of retro throwbacks, but apart from a few gems released here and there, most of these games have done little to stand out in their own unique way. Thankfully, Quebec-based Sabotage Studios, led by industry veterans Thierry Boulanger and Martin Brouard, created something that is more than just a loving tribute to the Temco line of platformers they grew up playing on the NES. You see, The Messenger is a fascinating exercise in genre reinvention, a showcase for two radically different approaches to homage. As it turns out, The Messenger offers two incarnations of the same story, with the second half following the same protagonist sometime in the future. In other words, the second half of The Messenger acts as a sequel, which means The Messenger can be viewed as two games in one. In a day and age when nearly every major game release comes with downloadable content available for purchase on day one, I tip my hat to Sabotage Studios for going out of their way to deliver such a high-quality product at such a fair price. Love it or hate it, you sure get your money’s worth! That said, The Messenger is both impressive and disappointing. From a technical and craft point of view, it is first-rate; unfortunately, the game is bogged down by several issues that prevent it from being entirely fun to play from start to finish.

‘The Messenger’ is a fascinating exercise in genre reinvention, a showcase for a radically different approach to homage. 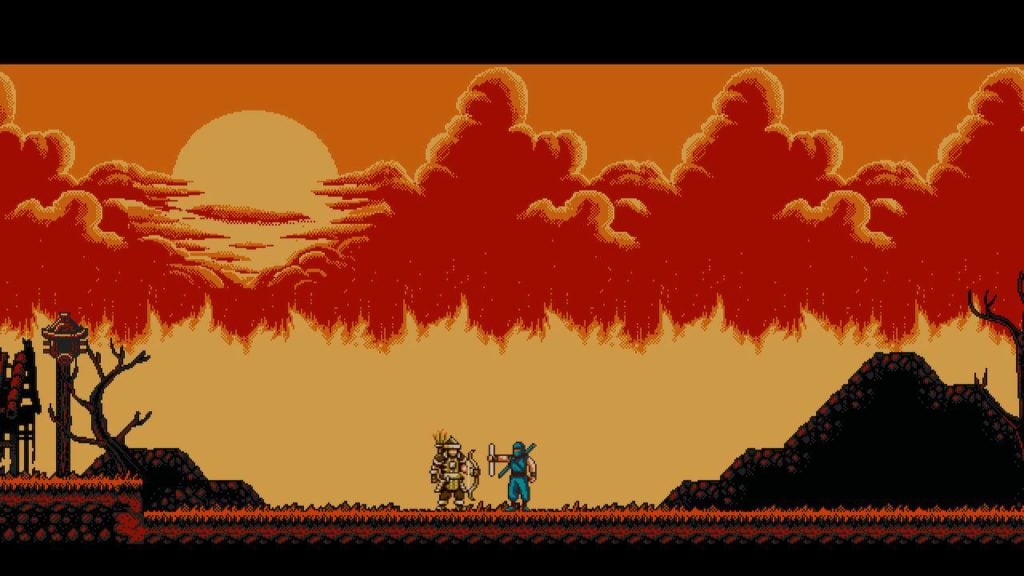 By now, anyone who has any interest in the game is familiar with the twist. What starts as an 8-bit action platformer switches gears midway by upgrading the visuals and eventually, turning the game upside down, revealing itself to be a Metroidvania experience complete with thick labyrinthine areas, fast travel, and even a treasure hunt that forces players to scavenge various collectibles needed in order to reach the final boss. Just when you expect the credits to start rolling, the stakes are raised, as your ninja must travel between two time-frames — the past and the present, each represented in 8- and 16-bit graphics. For a lack of better words, the “gimmick” isn’t entirely new. In 2015, TicToc Games released the seriously under-rated Adventures of Pip, in which protagonist Pip starts as a one-pixel hero before gradually evolving in 8-bit, 16-bit, and eventually 32-bit form. Unlike Pip, however, The Messenger goes beyond just a visual and audio upgrade. The time travel mechanic that is introduced midway through not only ties into the story, but allows your character to travel back and forth between two very different aesthetics in a seamless fashion, all while entering secret areas you couldn’t access prior. It all sounds great on paper, but put into practice, The Messenger‘s ambitious approach can also be off-putting for many players.

‘The Messenger’ is one of the best releases on the Switch this year and a must for anyone who spent their childhood playing on the NES. 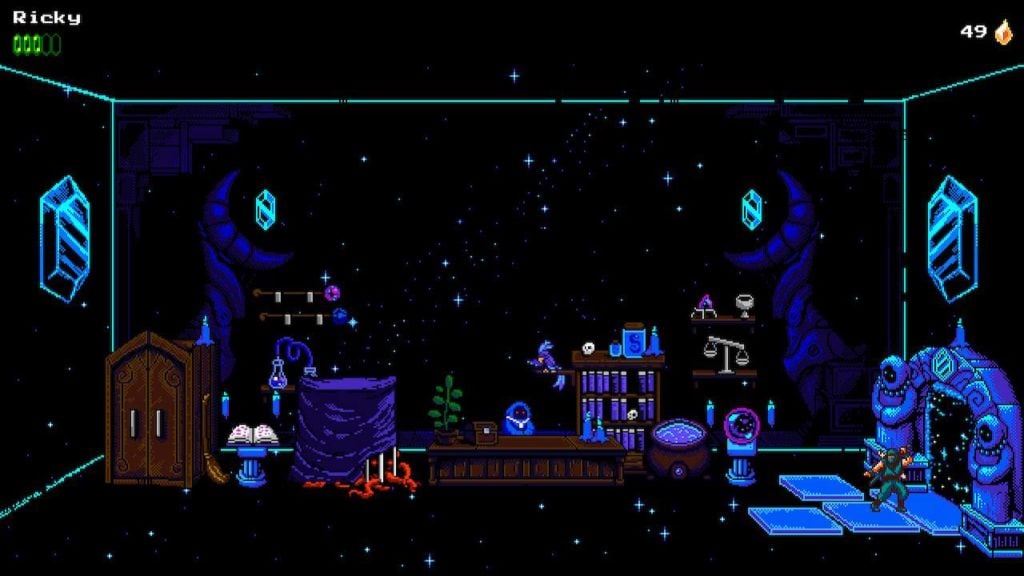 For the first eight hours, The Messenger is a competent, albeit familiar, platformer to play through. Along with a basic moveset of jump and attack, The Messenger adds a new gameplay mechanic right from the start called Cloud Stepping (an extra mid-air jump granted each time you hit a target). The mechanic helps elevate the level design, and necessary when progressing your way through each area (although fair warning: it’s also an ability that takes some time to master). Along the way, you acquire several upgrades by collecting time shards (an in-game currency) that can be exchanged in a shop for some new abilities, including a wall jumping technique, a grappling hook, and even a nifty cape that allows you to glide through the air. The controls are simple and responsive, making jumping from platform to platform all the more fun. Unfortunately, the same can’t be said when the game makes that switch from one genre to the next.

While the structure in the second half of The Messenger offers more complex open environments, it also mishandles the transition into a modern Metroidvania by padding the back half with far too much backtracking through previously explored areas. I understand that is the point of that genre, but The Messenger‘s second half is burdened with what feels like an endless number of fetch quests that take too long in finding the upgrades required to unlock more areas on the map. Sure, the enemies and the environments are more varied, but there are few boss fights to be found, and the levels don’t change enough to make the backtracking any less tedious. In the end, The Messenger is guilty of swapping out the tight formula that was working so well at the start for one that is less fun. That said, while the Metroidvania approach doesn’t play into The Messenger‘s strengths, it’s still well worth making your way to the very end, simply because the last two stages, in particular, are among the best the game has to offer. 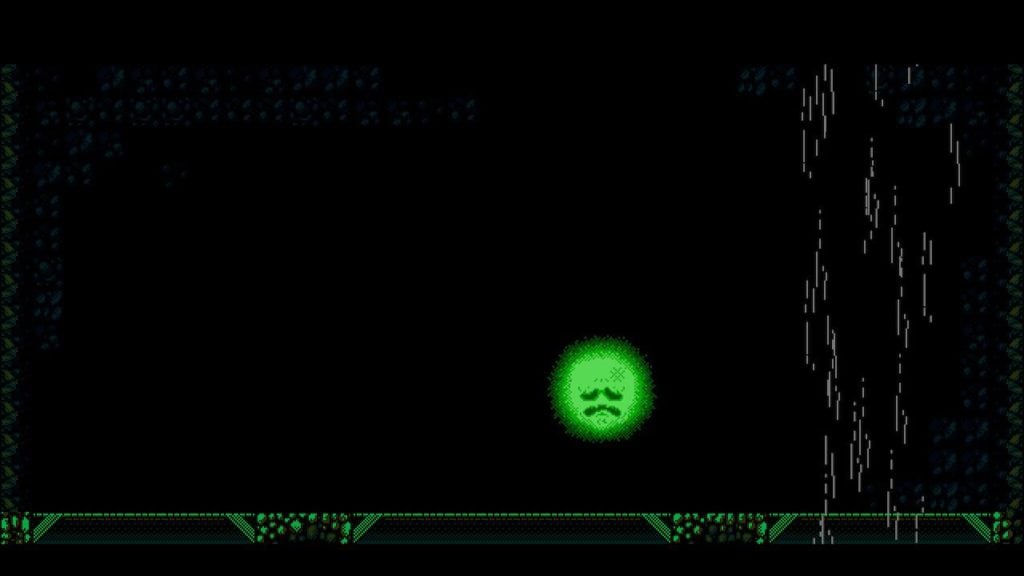 The NES version of Ninja Gaiden follows a six-act story of Ryu Hayabusa, a rising warrior in his family’s clan, whose main role in the world is to protect the Dark Dragon Blade from getting into the hands of evil. Ninja Gaiden (known as Shadow Warriors in Europe) amazed gamers with the degree of control it allowed over the main character, and was praised for its musical score and deep control mechanics, despite needing just two buttons. There’s a lot to love about that game, but it was the cinematic cutscenes that were a major innovation for the time. Despite being a rather short 2D action platformer, Ninja Gaiden managed to include a story that was actually good. Unfortunately, my biggest gripe with The Messenger is the writing — not so much the story, but the dialogue. As far as the plot is concerned, The Messenger‘s story cleverly parallels the shift between graphics and genre. What begins as a classic action platformer soon unravels into an expansive time-traveling adventure with a wide variety of characters and several clever plot twists. Unfortunately, The Messenger tries way too hard to be funny, which it is not. The game’s self-aware meta-commentary and general attitude become old quick, and it never stops feeding you the same joke over and over and over…and over. To say it is cringe-worthy is an understatement; what’s worse is that it slows down the game, disrupting the pacing — and thus your enjoyment of the overall experience. Sorry guys, but I am not a fan.

2018 has seen a resurgence of some truly exceptional Metroidvania style games, and The Messenger can stand proudly next to the best of them. Despite some pacing issues and my obvious dislike of the dialogue, The Messenger is one of the best releases on the Switch this year, and a must for anyone who spent their childhood playing on the NES. That said, it will likely best please those who enjoy both Ninja Gaiden and Metroid more than those who prefer one over the other.