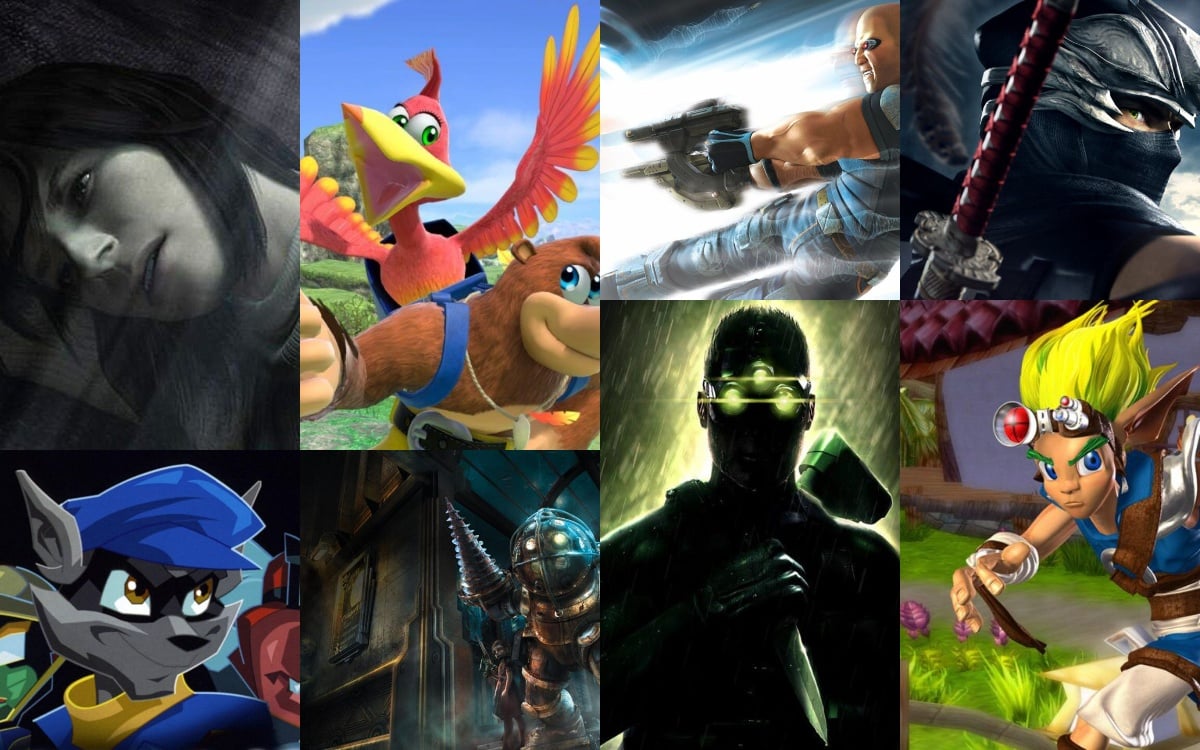 10 Franchises That Should Return

As exciting as it is to witness companies and developers continue to make strides in expanding the boundaries of the medium, this sometimes comes at the cost of previously cherished franchises unfortunately being neglected in the pursuit of something new. For as invigorating as it can be to tread new ground, there are times when a return to the familiar can feel surprisingly refreshing, and these 10 franchises would be welcomed back with open arms.

The pervasive requests for the return of this 90’s duo have started to feel subsequently more justified in light of some recent events. With 90’s platforming icons Crash and Spyro seeing recent resurgences in popularity, and the overwhelmingly positive reception to Banjo & Kazooie’s inclusion as a DLC fighter in Super Smash Bros. Ultimate, the stage is set for their storming return to the limelight. So long as it’s another platforming outing, as opposed to a largely unrecognizable spin-off akin to 2008’s Nuts & Bolts, plenty of fans would be eager to embrace the pair in the modern era.

Following the success of the franchise through the seventh console generation, the absence of a new Bioshock title has been a glaring omission over the past number of years. While series creator Ken Levine appears to be keeping himself busy crafting a new IP, publisher 2K announced on Twitter last year that a new development studio named Cloud Chamber would be helming the next installment. Here’s hoping that the project sees the light of day, and the new team conceptualizes a world that matches the intense originality of Rapture and Columbia.

While the indie horror scene has never been stronger, larger budget outings in the genre have been shockingly sparse for the past generation. Outside of industry main-stay Resident Evil, and the occasional exception with titles such as Alien: Isolation, there’s a large gap in the market, making it the perfect time for the return of the cult-classic Fatal Frame. If Koei Tecmo and Nintendo are hesitant to invest resources in a new project, ports of the franchise’s previous titles to Switch would likely perform well enough to make a more reserved return a worthwhile endeavor. Regardless of how Fatal Frame could be represented in the modern era, it would be far more preferable than a previously revered horror franchise being shunned indefinitely.

Long-time PlayStation fans have been delighted at the reveal of a new Ratchet & Clank game for PlayStation 5, but it also serves as a reminder of the other mascot platforming duo from the PlayStation 2 era who are currently MIA. The transition between genres from Jak’s debut to the later entries was always slightly contentious, but the franchise’s unpredictable nature made it an unmistakable entity amongst its platforming brethren. What makes Jak so prime for a comeback is the number of directions that the franchise could be pulled in, thanks to the pre-established transient nature of the series’ gameplay. Whether or not Naughty Dog decides to take another shot at the series, or if it’s handed off to a new developer, fans will be receptive so long as it retains the polish and spirit of the original outings.

There were doubts that Team Ninja could still craft a compelling action game after director Tomonobu Itagaki departed from the studio, with 2012’s Ninja Gaiden 3 being met with resounding negativity from series fans. But with the acclaim of the Nioh duology, it feels like Team Ninja has re-found its footing in developing mechanically rich and tough-as-nails slashers. After hinting at a new Ninja Gaiden sequel earlier this year, action diehards are chomping at the bit to see the return of their favorite katana-wielding master of proficiency.

This drum has been beaten ad nauseum over recent years ever since the cancellation of Hideo Kojima’s Silent Hills, but it’s been done with good reason. The playable teaser for the new project was lightning in a bottle that immediately sparked the imagination of fans, leaving us to wonder what could be achieved in a modern Silent Hill entry headed by unconventional minds who have a mastery of meddling with player psychology. A resurgence that never was, coupled with the never-ending rumor mill has left Silent Hill enthusiasm in a perpetually spinning cycle, with the only remedy at this point being a true return to the titular town.

Sanzaru Games’ Sly Cooper: Thieves in Time felt like a new beginning for the series; a different team from series creator Sucker Punch had taken reigns of the franchise, and it was met with a positive reception – even if that reception was slightly cooler than its predecessors. However, assumed low sales appeared to put the franchise on ice, and the acquisition of Sanzaru Games by Facebook has left Sly without a developer to reliably turn to. But if Sly was handed to a new developer with positive results before, who’s to say it can’t happen a second time?

With a huge gap in the market for AAA stealth games, and Ubisoft’s portfolio becoming gradually more stagnant with the indefinite slew of open-world games being released by the publisher, the need for a modern Splinter Cell couldn’t be more apparent. Utilizing the new console’s ray tracing technology to make use of more realistic lighting for enhanced stealth gameplay seems like a no-brainer, and optimists might be looking to point to Sam Fisher’s numerous recent cameos in other Ubisoft titles as hints that an internal Ubisoft team is busy quietly constructing a new installment. In any case, a high-quality return for Splinter Cell would reignite a sizeable amount of goodwill towards the French company, something that it currently needs more than ever.

Back when split-screen was where most multiplayer gaming went down, very few shooters were more ubiquitous than TimeSplitters. After three well-regarded entries, and a fourth title that never saw the light of day following a tumultuous development, THQ Nordic’s acquisition of the IP gave fans hope that it would yet again enter the public consciousness. While nothing has come of it yet, a tease regarding a TimeSplitters 2 remake has riled up a dormant fanbase yet again, and although THQ Nordic denies the project’s existence, it’s hard to imagine that a future release isn’t in sight.

The second franchise developed by Rare to be included on this list might not have quite as strong of a following as the first, but Viva Piñata could undoubtedly still attract an audience on modern consoles if the success of similar titles such as Stardew Valley and Animal Crossing are any indication. After two years of supporting Sea of Thieves, Rare now has ample experience with continuously providing a player base with updates in the long-term, a skill set that’s primed for a modern life sim. With the ease-of-access provided by Game Pass, a new Viva Piñata feels like it could be a certified hit.