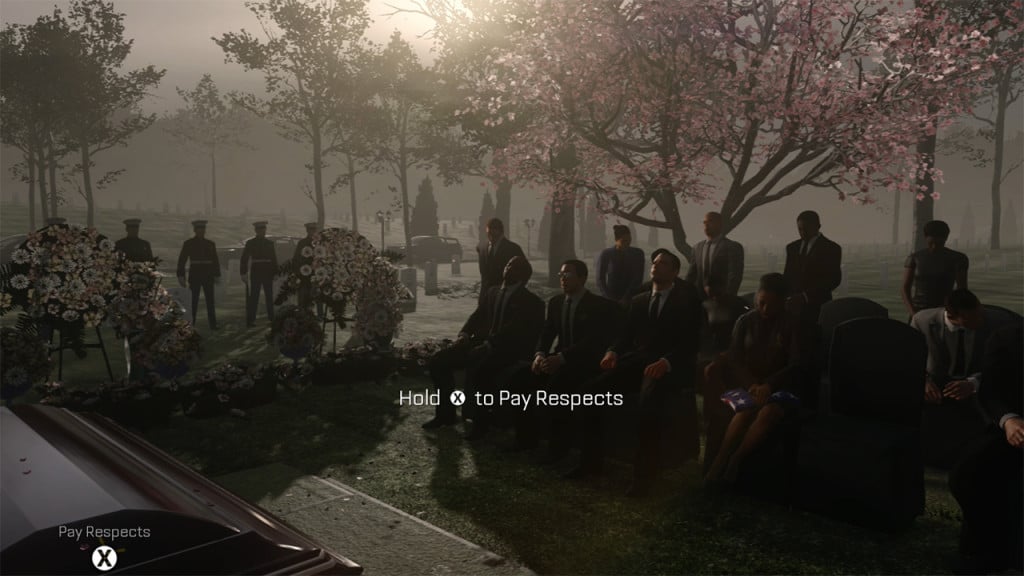 Stretching way back into the history of art and existence, there has been the idea that art influences life, and conversely, that life influences art. Recent events have given me a pretty clear and concise notion of this idea, concerning the way that the two can relate,and believe it or not, it was through quick time events of all things.

Most gamers are fairly familiar with the idea of quick time events, or QTEs. They’re basically just little button pressing mini-games that you’ll often find interspersed among action and horror games when the main character or a supporting character finds their life threatened by a dangerous event or occurrence. Generally they break down to pressing buttons in a timed fashion and/or in a direct sequence as outlined by the prompts which appear on the screen. Succeed and your character will narrowly avert disaster, fail and you’ll have to watch your player avatar or love interest meet a grisly end (particularly grisly if you’re playing something like, say, The Last of Us).

First popularized in the mid-2000s through big name titles like Resident Evil 4 and God of War, quick time events are still a bit of a contentious issue among gamers. Some believe that they add immersion and tension to games by making you feel the fear and anxiety that your avatar would be experiencing during such a situation, as only your swift reaction can possibly save them. Others see them as an annoying distraction, and would rather just put their controller down during these cut scenes, instead of holding on to it for fear a QTE might pop up and kill them in their passive state.

Love them of hate them, quick time events do have a precedence in a place you might not expect them–and that place is real life. Recently I experienced one of the most shocking and dangerous events of my life when I was involved in a high speed rollover on the side of an icy highway. As a trucker during my day job, I was driving on a highway I’ve literally driven hundreds of times in my life, and at least 30-50 times with this exact type of load and truck. However, when I suddenly hit a patch of ice, my trailer fish-tailed and I was unable to recover completely or course correct in time to avoid an accident. I was forced to push down on the brakes in order to avoid colliding with the vehicles braking in front of me, and as a result, the truck spun around, lost its trailer and flipped on its side in the ditch. 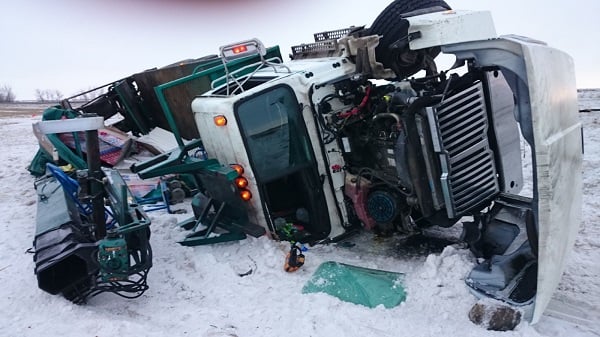 See that kicked out window at the bottom of the truck? That’s where we climbed out after the accident. Yeah…so… how was your Friday night?

Luckily, aside from some mild bruising and soreness, all three of us (myself and my two co-workers) managed to come out of the accident more or less unscathed. No one was maimed, crippled or killed as you might expect from the pictures of the crash. Had I or my passengers panicked and acted differently than we did, the situation could have been a lot different, and quite a bit more deadly.

A few years ago, another event like this occurred when I was working on a construction site and a concrete form was thrown from the back of a trailer as I was walking in the target zone. I managed to react quickly and stepped back, catching the corner of the 120 lb piece of concrete-coated wood and pushing it away from my face before it could strike me below the right eye. Another close call, rectified only by the fact that the person involved reacted quick enough to avoid disaster.

Now, these stories aren’t meant as bragging re-tellings of events from my life. Neither are they to tell you what kind of awesome ninja or action superstar I am. I’m not Neo or John McClane, just a guy who was lucky enough to notice something happening and react before it was too late. 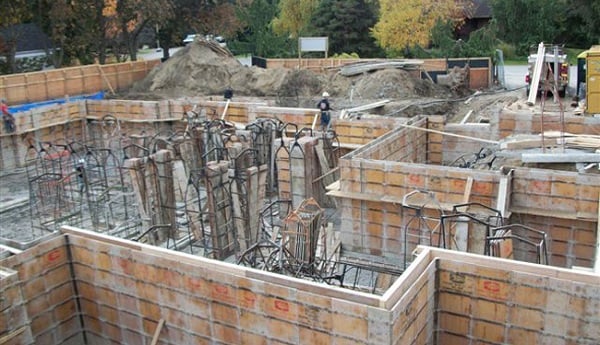 When one of these falls off the back of a trailer and comes flying at your face, try to get out of the way.

Really, this is all to illustrate a point about quick time events and the parallel they share with our own lives. Many of you have probably experienced similarly harrowing circumstances or disastrous events that were only averted or mitigated by the quick thinking or careful actions of you, or another party, involved in the situation. And despite how strange this might sound, it’s not really that far from the truth to think of these occurrences as analogous to a real life QTE. The only difference here is that if you don’t react quickly in real life you can’t reload and take another shot at it. As is commonly reiterated on Lost: “Whatever happened, happened.”

In some ways this makes video games cathartic. When you make a mistake or miss your chance in a game, you don’t have to live with a sense of regret over what happened because it’s not real, and moreover, you can go back and change it for the better. The grim screen that spells out YOU DIED or YOU ARE DEAD in thick and bloody letters is not a declaration from the reaper that this is it for you but a simple prompt for you to try again–and try again you can. Whether it takes you a dozen, a hundred, or even a thousand times to get it right, there is rarely a disaster or mistake made in a game that cannot be fixed by going back and redoing it. In life we don’t have that option but in the gaming world, we have more power than we could ever hope to wield in the real world. No goal is out of reach forever, and no mistake is permanent.

Love them or hate them, quick time events can be seen as a mirror for our own lives, and you probably know someone who has faced a similar circumstance in their lives, even if you yourself have never had such dangerous or life-threatening event happen to you personally. Simple as they are in execution, quick time events are an effective and interesting mirror for the human experience, and they can have a very real precedent in the world we live in.

Have you ever faced a real-life quick time event? Feel free to let us know in the comments. We’d love to hear your stories!