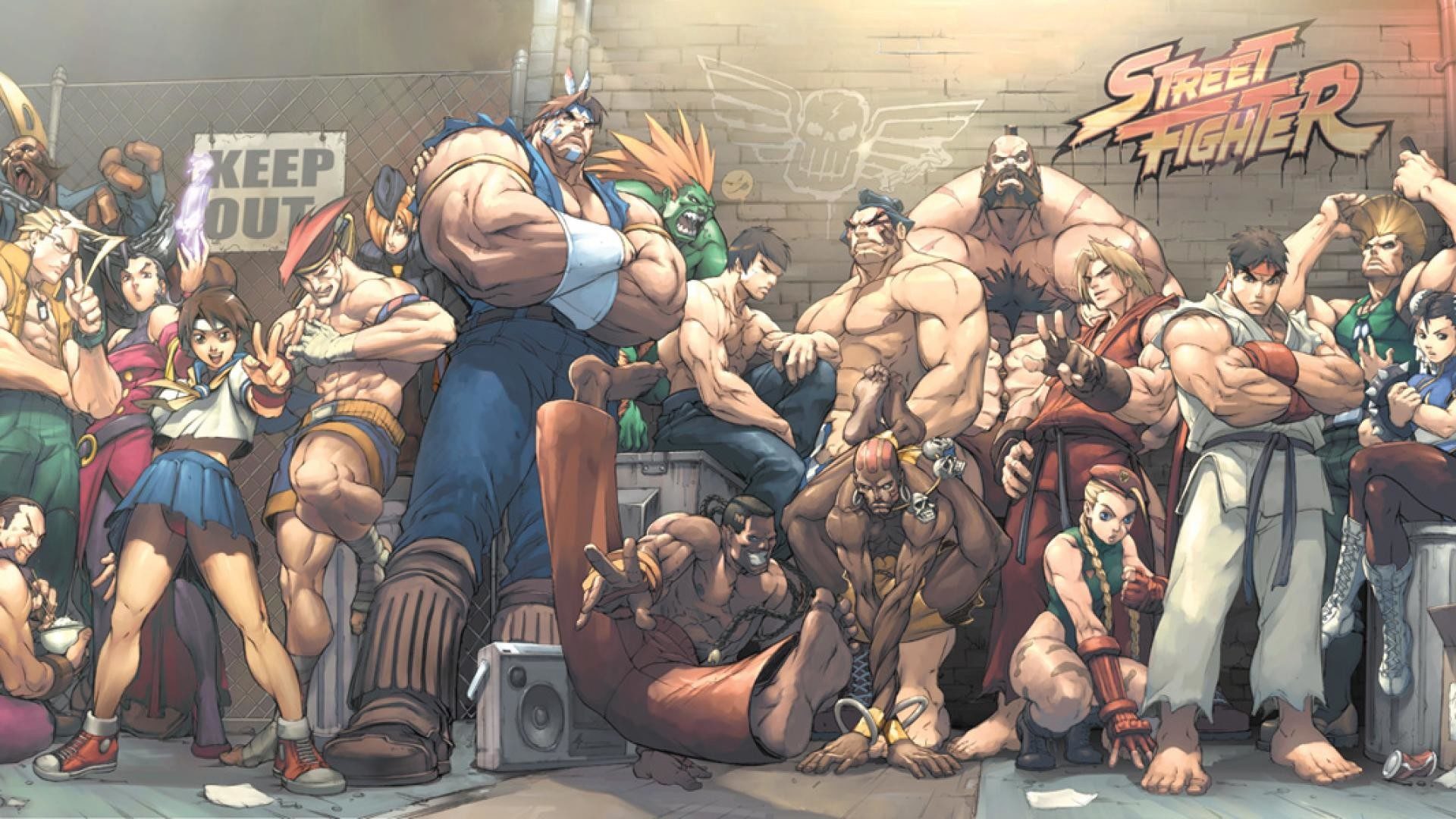 Street Fighter II: The World Warrior was first released to arcades on February 6th, 1991, setting off a renaissance in the business. Japanese fighting games had been around for a while, but the one-two punch of now iconic characters, hand-to-hand combat, and the range of moves, techniques, and combos at the player’s disposal formed the foundation of fighting games as we know them. Though people will often cite other games as kicking off the popularity of the fighting game genre, the impact of Street Fighter II cannot be overlooked. Sure there were other fighting games that came first, but Street Fighter II was the first game that executed it well. Capcom’s groundbreaking game became a cultural phenomenon and single-handedly sparked a resurgence in the arcade in the early ’90s.  Street Fighter II set up the blueprint of the modern fighting games and opened the doors for a spate of games such as Mortal Kombat and Tekken following in its wake. It was a massive success for Capcom, selling more than 60,000 cabinets worldwide, a record for the time, and it completely changed the video game industry and how I spent my free time as a kid.

There were quite a few arcades situated in the area where I grew up and in fact, the most popular of the bunch was just two blocks away from my school. It was the go-to hangout for every kid in my neighborhood, and most of my lunch breaks and most of my lunch money was spent at that arcade. At the time, racing games and shooters were the most popular games kids would play. I was never good at racing games and I never quite liked first person shooters so whatever time I spent at the arcade I spent playing classics like Ms. Pac-Man and Space Invaders. But most of my friends weren’t interested in any of these games and so going to the arcade meant spending a lot of time by myself pumping in coin after coin while trying to beat the high score in many of those Namco arcade classics. That all changed when Street Fighter II was released.

Up until Street Fighter II, none of the popular games I could play at an arcade featured competitive multiplayer action. I could either play by myself or in co-op mode, and the only real competition between friends was gunning for the highest score. Street Fighter II allowed for true competition amongst my peers, and back in the day, becoming the best player in the game increased my popularity at school. I went from being the average kid to the popular kid overnight, all because nobody in my suburb could beat me at Street Fighter II. And the more they tried, the longer I kept playing without needing to drop in another coin and wasting the hard-earned cash my father gave me for my lunch meals. Not that I ever ate lunch, the second the school bell rang, I was off to the arcade hoping to be the first kid in line to play. Day after day, Street Fighter II became more than a pass time – it became an obsession. I went from playing the game during my lunch breaks to after school – and on weekends, and at times even skipping class to practice my skills.

Street Fighter II’s masterstroke was its controls and the variety of moves and distinctive fighting style between each character. With eight characters to choose from, 7 with entirely different move sets and 4 boss battles, Street Fighter II required a lot of your quarters and time in order to master the game. Choosing a character that suits your personality was half the fun, and I remember the other kids taking the joy out of poking fun at my love for Guile. He was for whatever reason, the least popular character amongst my peers, and that’s why I loved playing with him so much. They all hated losing to Guile, and the more I won, the more frustrated they would get.

Street Fighter II is responsible for making the Fighting genre a huge success and I would argue that the arcade version is a precursor to Esports. I remember kids at my school placing bets on watching two players battle and there were even a few guys who organized monthly tournaments. There was this one time in which after losing in a tournament, a competitor decided he would get revenge by dropping a dozen Stink Bombs into the arcade forcing the owner to shut the place down for an entire day. The arcade played a huge part in my youth and Street Fighter II was the game that brought me there each and every week for an entire year. I made a lot of friends at the arcade and I made a lot of enemies too, including this one guy who cornered me just outside the arcade and put an ax to my neck, threatening to kill me if I ever came back. But I did.

I remember placing my token on the dashboard to call next in line to play, and as I stood there waiting for my turn, I had the chance to meet so many people from all walks of life. Hanging out at the arcade meant meeting new friends, and bonding with people I would never normally bond with, even if they weren’t always positive role-models. Drugs were beings sold out back, kids smoked up in the parking lot and underground Hip Hop would blast at high volume inside. I wasn’t a troublemaker but I also wasn’t afraid of being surrounded by dysfunctional youths and Street Fighter II allowed me to take out my aggression on school bullies and other ruffians from around my hood. And it was all worth the trouble because the game was just so damn good!

Street Fighter II brought unprecedented depth and complexity to arcades back in 1991 with its combo system, which according to Noritaka Funamizu, came about by accident. Imagine that, what the creators initially called a “bug” ended up being the secret ingredient that made the game so unique. Street Fighter II’s designers didn’t quite mean for it to happen, but eventually, players around the world discovered that certain moves naturally flowed into other attacks. It was the first fighting game that I ever played in where strategic attacks were required in order to win. This wasn’t your typical button-smashing beat-em-up; instead, Street Fighter II requires players to understand their opponents, remember their patterns and build strategies around their challengers, and ever since, every fighting game as followed suit.

Put aside the actual gameplay, the look and sound were the game’s defining feature. Even before I popped in my first quarter, I was sold by the huge sprites, the backdrops, the visual themes, the sound effects (overseen by Yoshihiro Sakaguchi) and the music composed by Yoko Shimomura (who would later go on to work on Final Fantasy and Kingdom Hearts). Capcom clearly invested a lot of money in the visuals and every penny was well spent. That Halloween, kids started wearing Street Fighter costumes and I even remember a group of kids making their own Street Fighter fan film. It was the hottest thing for the boys in my neighborhood in 1991 and it remained popular up until Midway released the highly controversial Mortal Kombat a year later.

Like most popular arcade games of the time, Street Fighter 2 inevitably made its way to home consoles. Given Capcom’s publishing history and relationships with Nintendo, it was first ported to the Super Nintendo Entertainment System. The SNES adaptation is probably one of the best arcade-to-console ports in history and despite some minor changes to the graphics and audio (in order to fit into the cartridge), the port is extremely faithful to the original. It became one of the console’s best sellers and was so successful that Capcom just kept releasing more versions of it. From 1991 to 1994, there were 5 adaptations of Street Fighter II and by 1995, the game had been played by at least 25 million Americans in homes and arcades, while the gross revenues of the console and arcade versions had exceeded $2.312 billion, making it Capcom’s best-selling single consumer game software at the time.

I headed back to my old stomping ground late last year with my nephew and his friend who had never been to an arcade, and to my surprise, the arcade still has a Street Fighter II cabinet. I popped in two tokens, chose my fighter and began to play the game like it was 1991 all over again. Two hours later, and only two tokens spent, I went undefeated. Standing there remembering those childhood memories brought a smile to my face, and made me realize that kids these days just don’t know what they missed. Early video games were a shared experience, either in the living room, on the playground or in an arcade. Nowadays too many games lack that social bonding, requiring only a home computer, a Steam account, and an internet connection. It’s no wonder my nephew and his friend were so impressed with a simple trip to the arcade, calling it the coolest afternoon they spent that summer.

Street Fighter II set a standard, popularized the genre, and set off a renaissance for the arcade game industry in the early 1990s. At the time it was groundbreaking and 25 years later it stands the test of time, that any gamer, no matter what their age, can enjoy. I only wish arcades here in North America could be as popular as they once were.

‘Mulaka’ – A Gift from the Demigods

‘HITMAN’s Episodic Release Schedule Works, and Elusive Targets Are Getting There