It’s hard to underestimate the impact of Tekken 3 on the fighting game scene of 1997: this is the entry that put the series on the map, overselling its sequels for years to come. 25 years ago, it was the game that confirmed the PlayStation 1 as the machine for fighting games fans, with its exclusive port to Sony’s console.

None of this is too surprising, either. To this day, it stands as one of the highest-rated fighting games, especially compared to other games on the system. Technically, it’s one of the most impressive games on the PS1, with loading times shorter than anything else of that era. It does so without sacrificing its style, too: the (for the time) incredible 3D graphics were a great selling point, intriguing without fail to gamers of the day.

The 3D is more than just a graphical flourish, adding an entirely new dimension of movement. The sidestep mechanic makes characters rotate around the Z-axis for an impressive dodge and counterattack. Even though this wasn’t the first 3D fighting game, nor was it the first in the series, it’s here that, for the first time, the 3rd dimension felt like more than a gimmick.

What immediately jumps out about Tekken 3 is its speed. Compared to previous entries in the series, everything goes by much faster: the jumps don’t feel floaty, the combos are seamless, and running can close any distance instantly.

Another area where speed has radically increased is in the loading times, though in reality, the entire design of Tekken 3 is dedicated to reducing the time between fights. Owing to the series’ arcade roots, where a faster game means more plays per hour and more coins in the machine by the end of the day, Tekken 3 is literally built for speed. What makes this a special case is that the port sticks to this design choice to a tee.

Devoid of its original intentions, the PS1 port of Tekken 3 seems to hit unmatched levels of unstopped fighting just for the sake of it. Speed permeates every aspect of the design, from the barebones menus and quick intro animations to how you can skip everything but the fight itself, down to the narrator’s “Ready? Fight!”.

Between fights, the game goes back to the character selection screen, but the position of the cursors doesn’t reset. They stay on the same characters as selected before, so just mashing buttons (any buttons) on the controller will start a rematch.

The breakbeat soundtrack only intensifies this effect: every track is just as fast as the last, and the instrumentation remains roughly the same. Every fight starts with a short introduction, then a drum-less version of the main beat, before going straight to the main loop. Each fight has its own arc, but they all feed right into the next, lulling players into a trance that can last for hours.

Even with all this intoxicating speed, the fights themselves never become too chaotic: anyone, novices included, can read the game with relative ease. Except for a few exploitable bugs, Tekken 3 never becomes too much. While certainly a fast-moving game with a handful of complex characters, the core is always approachable for beginners.

At all times, regardless of adversary or experience, the game feels utterly beatable. The moves can combo with interesting results, but they feel just as powerful and responsive when used one at a time. Some of the characters have unexpected movesets you just have to know to avoid, but each of them is so memorable that it only takes falling for it twice to memorize each of them.

In fact, the game might be better for novices now than it ever was before. In the heydays of Tekken 3, juggling was a serious issue in the competitive sphere of fighting games. This technique, common to most games in the genre, allows pros to keep their opponent in the air, like a juggler with their clubs, with no chance of defending themselves.

Juggling is still part of fighting games today, except now it is a valid, balanced mechanic, but Tekken 3 isn’t exactly modern. Thankfully, the PlayStation 1 doesn’t really have a competitive scene anymore. Everyone who’s starting now, as well as most of those who are still playing, have no idea how to abuse the game’s most broken systems.

What Time Did to Tekken 3

The juggling, the infinite combos, and other broken mechanics are still in the game, but they aren’t what they were before. What used to look like the future of fighting games is, by modern standard, a hot mess of false hitboxes and unbalanced characters. And finding out how to abuse them is the best part of the game.

Paul’s final move, which hits not just in from of him but behind his back too, or King’s infinite grapple (a one-hit kill prolonged to half a minute), isn’t part of the meta anymore, because there is no meta. You can just play. Getting into this classic of fighting games after so many years feels, ironically, like discovering a hidden gem.

Getting into Tekken 3 now feels like rummaging through steam or itch.io and finding a completely functional game, the result of years of hard work, just slightly unpolished. It’s like finding a game that didn’t make it into the spotlight in time, that no one ever really played. Tekken 3 feels in 2022 like a new retro fighting game from an alternate timeline.

There is no Tekken 3 champion, there are no tournaments or leader boards. There are no wikies except the main series’ one. No forums or discord servers for the community to discuss the meta because there is no community and there is no meta. What is there are the incomplete in-game lists of moves and some good old Game-FAQs.com strategy guides.

What’s up to you to find is a group of friends with nothing to do for an evening. Some 2 to 5 people that can hold a joystick with a claw grip. People who can tolerate the stop and pop effect of passing the controller around every 20 seconds. In a couple of hours, each of you will have 50 rounds under your belt. With training like this, everyone is a fast learner.

It should be clear now, there’s no reason not to play Tekken 3 in 2022. 25 years later, Tekken 3 is still easy to pick up, and hard to put down. The secret is in the short time between each fight, the perfect length for game nights. The cast then presents a mix of simple and complex characters that allows beginners to go head-to-head with experienced players, while those same pros get to flex on their knowledge of multiple characters.

Though there is no way to go wrong with Tekken 3, simply playing the game is a complicated affair. Players now trying to access the game legally might find that it is no longer available on the PlayStation Store, while those in possession of a PlayStation Classic know of the technical problems that plague that version.

Leaving emulation aside (though there’s nothing wrong with that), the only way left to access Sony’s classic fighting game is through its original hardware and a used copy. With the deal getting worst the more time moves on, as prices rise and CDs fallibility increases, the window for this choice is about to close.

Until Sony decides, if they ever will, to publish a digital version of Tekken 3, the choice to simply play this old game remains devilishly hard. What’s remarkable, still, is that the choice is there at all; that there’s a reasonable argument for buying this PlayStation 1 game for 40€. Even now, Tekken 3 fights on. 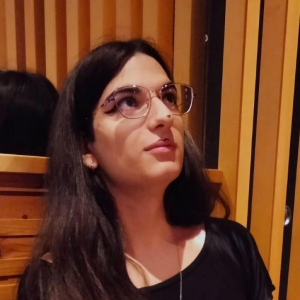