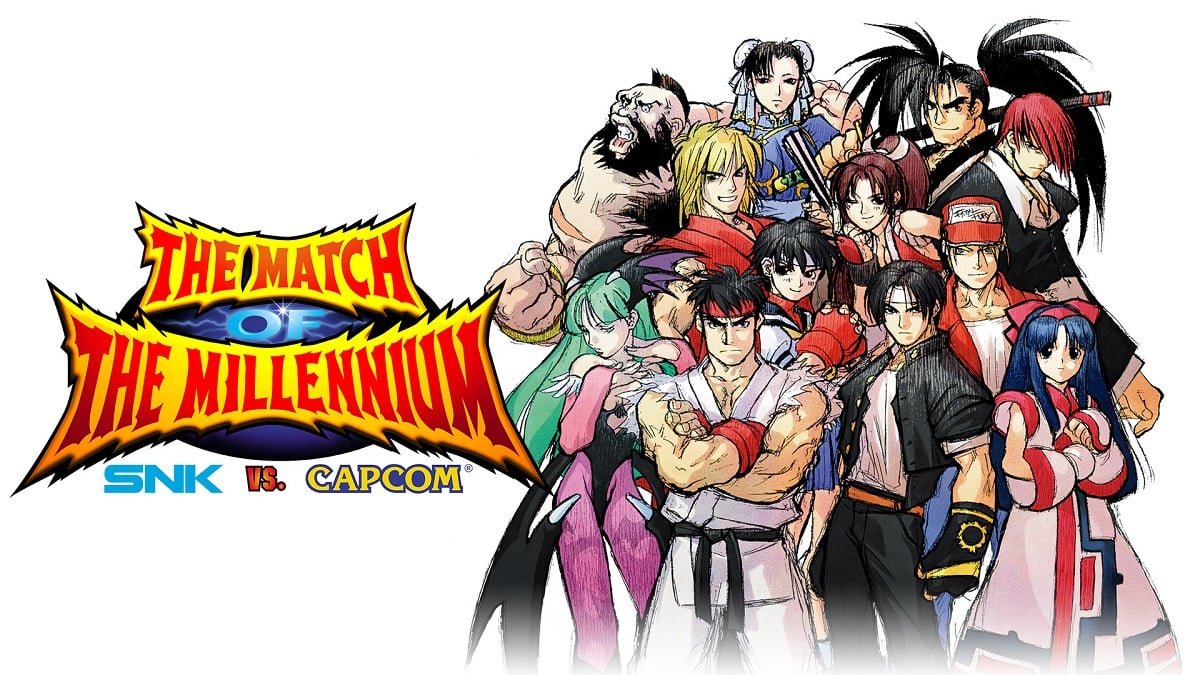 SNK vs. Capcom: The Match of the Millennium Review

Early last year, SNK began gracing the Switch with some of the strongest titles from its Neo Geo Pocket Color catalogue. These beloved classics were a match made in heaven for the portable console, and now SNK has kicked off this year’s set of releases with SNK vs. Capcom: The Match of the Millennium, a 1999 crossover title that pits the most iconic fighters from the universes of King of Fighters, Samurai Shodown, Street Fighter and more against each other in one grand package.

You’re Pathetic! Drop By My Gym!

As is the case with most Neo Geo Pocket Color fighters, it’s staggering just how much moveset diversity SNK was able to accomplish with the handheld’s two buttons. Each fighter is equipped with multiple throws, special moves, command moves, and super (ultimate) moves, with the lack of buttons being made up for by stick movements. What’s even more impressive is how distinct most characters feel; though there are a few that have undeniably similar fighting styles, the vast majority of the 26-character roster each feel unique and worth experimenting with in their own right.

Though more casual fighting game players might shudder at the thought of performing quarter- and half-circle movements in the heat of battle, SNK vs. Capcom offers one of the most comprehensive difficulty option suites I’ve seen in any fighting game. Unlike other strong genre options on Switch like Guilty Gear XX: Accent Core Plus R, the lower difficultes are actually forgiving and serve as an ideal way for newcomers to get their footing. The Sparring mode is also helpful in this regard, though it’s notably primitive compared to modern practice modes and requires the addition of a comprehensive online movelist for those serious about mastering their favorite characters.

The meat the potatoes of SNK vs. Capcom is its Tourney mode, a short story experience that has players traveling around the world to uncover a dastardly plot from M. Bison and Geese Howard. This can be taken on via single, tag, or three-person team matches, and only takes about five-to-ten minutes to complete. Like most old school story/arcade modes, the real appeal here is the bits of character dialogue and backstory sprinkled throughout; the story itself plays out the exact same way for 95% of the cast. Despite the repetition, the cheesy 90s writing and sometimes surprising character relationships are a blast to experience and give players an excuse to try out every fighter on the roster at least once. What’s less of a blast, though, is the fact that the new character unlocks tied to beating Tourney mode are left up to chance, meaning you can go through the mode two or three times without getting any closer to a new character.

I Win in Style and Ability!

Outside of Tourney, SNK vs. Capcom has a surprisingly diverse range of modes to mess around in. The most straightforward is Versus mode, which lets players hand a Joy-Con controller to a friend and either play on a single screen (for TV mode) or play with two opposing screens (for tabletop mode). Unfortunately, SNK hasn’t gone back and updated their Neo Geo Pocket Color Switch ports with online play, so multiplayer is entirely local.

The other main attraction is the Olympics mode. Guided by either Rimururu for SNK or Karin for Capcom, players can participate in a range of events including 100-fighter survival matches, a time-attack mode, and then more unconventional events like a gallery shooter and rhythm game. The better players perform and the more medals they win, the more points they get, which can then be spent on unlocking additional secret moves and characters. The grind is long and daunting to unlock even one character, but it’s nice to have a goal to work towards while chipping away at high scores.

The fact that there’s even an Olympics mode included in the first place is just another testament to how strong the overall package and presentation is here. Each fighter is bursting with personality, from Sakura skidding onto the screen just in time for a match to Haohmaru sneaking a few sips of sake during his taunt. Though the game is over 20 years old, the animations and chiptune OST are both still excellent and hold up quite well. And like with the other Neo Geo Pocket Color titles, SNK has included various skins players can choose from to customize their digital handheld.

SNK vs. Capcom: The Match of the Millennium is an enticing package. It bolsters a huge and varied roster, surprisingly deep mechanics to master, and some fun side content to break up the main campaign. Despite some quality of life issues (buttons can’t be remapped in-game, there’s no way to pause a match when practicing, and so on), this is assuredly the best Neo Geo Pocket Color experience on Switch at the time of writing. If you’ve ever wanted to experience some of the best classic SNK fighters out there, this would be an ideal place to start.