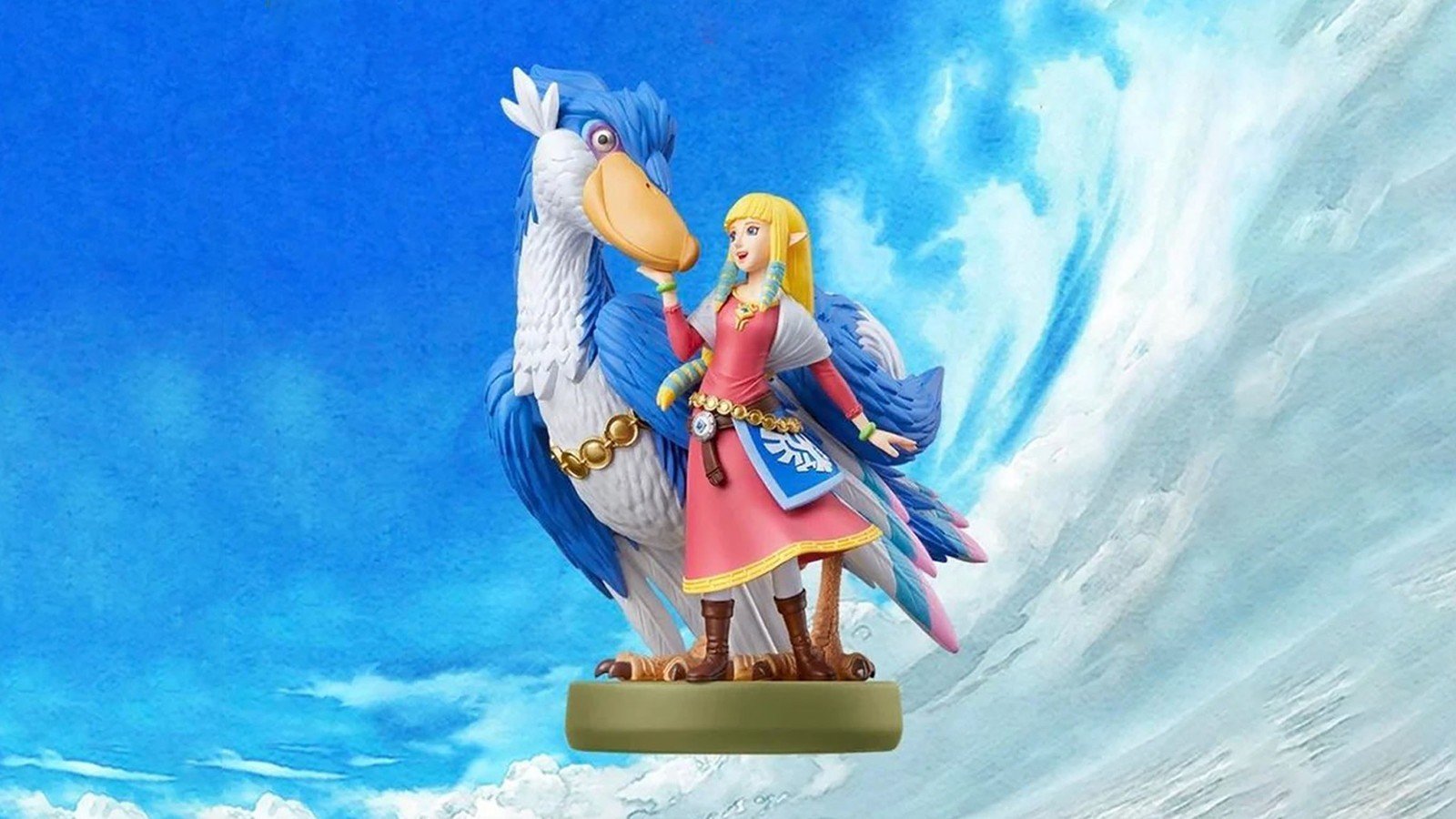 On May 18, 2021, Nintendo announced the latest in its long line of collectible amiibo figures: the Zelda and Loftwing amiibo. Releasing alongside The Legend of Zelda: Skyward Sword HD, the figure is undoubtedly well-crafted, and devoted collectors will definitely be happy to have one. Despite this, the Zelda and Loftwing amiibo has already attracted significant controversy, all of which pertains to its compatibility with Skyward Sword HD. Nintendo has confirmed that, by scanning the figure, players can instantly fast travel between the land and sky areas without having to reach a save point, and they can even create their own warp points using this feature. To be fair, it is a fairly minor mechanic, and many players will probably enjoy the game perfectly fine without it. Unfortunately, it nonetheless presents ethical concerns that cannot be easily glossed over. Simply put, the decision to hide a useful feature behind amiibo functionality is unfair for the consumer, as it forces players to pay for a mechanic that could have easily been included in the base game for free.

The Impact of the amiibo

To partially understand why this business practice is problematic, it is important to consider the impact that this feature may have to those who play Skyward Sword HD. Normally, if players are exploring any of the three mainland regions, they can only return to the sky, which is where the main hub town is located, by walking up to one of several bird statues dotted around the landscape. The Zelda and Loftwing amiibo will allow players to bypass this requirement, and this by itself is of debatable use. Some have argued that since bird statues are so abundant in the land segments, the added fast travel feature will not give players that much of an advantage over those who do not own the amiibo.

This may be accurate, but this is not the only advantage that the amiibo provides. Although the bird statues can transport players from the land to the sky, the same is not true in reverse. In the base game, if players wish to return to one of the land regions, they have to physically travel to the region’s drop-off point via the Loftwing. Considering how empty yet spacious the sky area is, this process will inevitably involve flying for 30 seconds to two minutes with little action in-between, and although that may not sound like a significant amount of time, those seconds and minutes really add up when players are expected to travel between the sky and land an incalculable number of times before the game’s conclusion.

Many have listed the sky as one of their least favorite parts of the game at least partially for this reason. In Skyward Sword HD, the amiibo allows players to almost completely eliminate this travel time, and although this may not come off as that big of an improvement for players who did not mind the sky, it may conversely improve the game’s pacing considerably for others. Being able to form warp points through the amiibo even inside dungeons is another major quality-of-life feature, as warp points inside dungeons are incredibly rare in the base game.

The Ethics of the amiibo

This is why locking the feature behind the Zelda and Loftwing amiibo feels like such an anti-consumer move. Skyward Sword HD will already cost $59.99 USD at launch, a steep asking price for many, especially considering the game is an updated rerelease of a nearly decade-old Wii title. In addition, amiibo figures tend to be fairly pricey on their own, and the Zelda and Loftwing amiibo has been confirmed to cost $24.99 USD, nearly two-thirds more than the standard $15.99 USD price for other amiibo. In effect, Nintendo is asking consumers to pay $84.98 USD for what is essentially the full Skyward Sword HD experience, and it is not like the fast travel feature is some major post-game expansion.

Selling big content updates at over $20 USD can be perfectly acceptable; they are often developed separately from the base game and come out after the title’s release and, ideally, the value they add to the package is substantial enough to warrant the asking price. The fast-travel feature does not have this excuse; it will almost certainly be perfectly functional once the game comes out, and many quality-of-life mechanics that are not immediately ready to be included at launch are often added through free content updates. There is little reason for Nintendo to restrict the feature’s availability in this manner other than to squeeze that little bit more cash out of the consumer.

It Has Been Worse Before

To be clear, this is far from the most egregious case of amiibo content locking that Nintendo has partaken in. The Inkling Girl, Inkling Boy and Squid amiibo locked bonus story missions and even entire minigames behind their use in Splatoon, and Metroid: Samus Returns barred players from accessing its highest difficulty option unless they had a Metroid amiibo on hand. At the very least, players will not miss any content if they neglect the Zelda and Loftwing amiibo’s fast travel feature — these examples take meaningful gameplay and force players to bypass an amiibo paywall to enjoy it. But this does not make Skyward Sword HD’s amiibo functionality any less worthy of criticism. It interferes with players’ experiences in a way that amiibo-locked cosmetics simply do not, and it monetarily punishes consumers who genuinely wanted a fix to Skyward Sword’s pacing issues. There are some who will buy the Zelda and Loftwing amiibo regardless due to its quality, and they are not wrong for doing so. But this should not distract from what the amiibo-exclusive content really is: on-disc DLC with a plastic coat of paint.