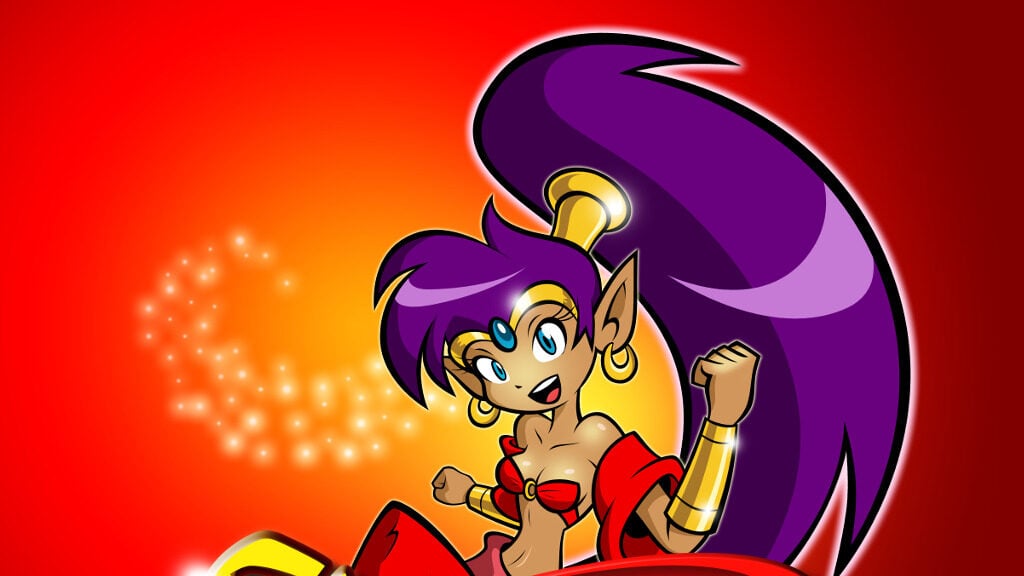 When Shantae first launched on the Game Boy Color in 2002, few could have imagined that the half-genie protagonist gracing its cover would go on to become one of the most recognizable faces of independent game development. As one of the few games at the time to feature a female protagonist and an early metroidvania before the genre exploded in popularity later on, it was a forward-thinking title that pushed the boundaries of what could be expected from smaller developers. It was a true cult classic when it first released, and perhaps most impressively, it largely still holds up today.

After the series has gone on for nearly two decades, WayForward has partnered with Limited Run Games to give this original title new life on Switch. This faithful rendition of the game keeps things simple. It doesn’t add much to the package aside from a handful of modern quality-of-life improvements, but even these few additions serve to ease the pain associated with some of the game’s more archaic design decisions and make it the best way to experience this classic. Any players who were won over by the vibrant attitude and charm of recent games in the series like Seven Sirens or Pirate’s Curse owe it to themselves to play this and see where it all began.

Opening with a lush pixelated portrait on the title screen accompanied by vibrant chiptune flourishes, Shantae makes an elegant first impression. The story begins when Shantae, the resident belly-dancing guardian genie of the coastal Scuttle Town, is rudely awakened by a sudden attack from her arch-nemesis Risky Boots the Lady Pirate. After learning of Risky’s plot to steal the town’s latest technical invention to build an indestructible weapon, Shantae sets out on a quest to save the day – and grow as a genie in the process.

The adventure might be simple in concept, but it bursts to life in its execution thanks to the series’ trademark colorful attitude. Even with the limited bandwidth for dialogue and character designs on the Game Boy, Shantae manages to pack huge amounts of personality into each and every character interaction and environment. Shantae’s quest leads her to encounter a cast of characters who would later become staples in the series, all of whom have distinct and memorable traits: there’s the rascally zombie Rottytops, the daft yet endearing Bolo, the devious Risky Boots, and more. These characters are simple, but their personalities all shine through with dialogue that’s packed with witty quips and quibbles. Even the random NPCs in the game’s handful of hub towns have their fair share of quirkiness, making the world well worth exploring.

And what a world it is, especially for the limited scope of the Game Boy Color. Shantae represents one of the grandest platforming adventures on the console, letting players roam free in the vast world of Sequin Land to encounter its vicious enemies, bustling towns, diverse environments, and copious challenges. Exploration plays out like a highly simplified metroidvania, where every level is interconnected and progression is limited based on your abilities. Nonetheless, the design remains relatively linear, as the game’s levels lack the intricate intertwinings and branching paths that characterize most modern metroidvanias. This comparative simplicity is far from a bad thing, however: the world is packed with more than enough variety and offers plenty to discover, and as in any other exploratory game, it remains deeply satisfying to unlock new regions by making use of the abilities and upgrades you find along the way.

In lieu of traditional items and upgrades found in other metroidvanias, Shantae’s moveset expands by learning magical dances that transform her into a range of animals, including a monkey, an elephant, a spider, and a harpy. Each one of these transformations enables players to reach new parts of the environment: the monkey can climb up walls, the elephant can charge through thin walls, and so on. Whether you’re playing as Shantae’s human or animal transformations, every form of the character controls well with a smart range of checks and balances to keep any one of them from being too overpowered. For example, the monkey can leap high over most obstacles, but its floaty movement means that it’s dangerous to abuse it too much lest you inadvertently leap into a bottomless chasm.

The gameplay is at its best during the periodic labyrinths strewn throughout the overworld, which essentially function like your typical dungeons in an adventure game. Each of Shantae’s labyrinths feel like a true miniature metroidvania in and of itself, as they’re all crammed with branching paths and puzzles that require you to make the most of your toolset. Each one of them is centered around a distinct theme and finished off with a unique boss battle, so no two dungeons ever feel alike. They provide an excellent change of pace from the open-ended exploration and keep things constantly varied.

While there are so many ways that the original Shantae was ahead of its time, it still shows its age in some areas. Its fast-travel system is highly limited, and since it requires you to traverse every inch of the world to discover new dungeons and progress the story, players will often find themselves slogging through the same environments time and again with little variation. New transformations and abilities serve to ease the pain a little, but the repetition remains nonetheless. That’s not to mention that performing each animal transformation requires a brief dancing minigame that can feel tedious to complete every time you want to transform.

Even then, such concerns are minor compared to the precise and intricate level design that still feels modern despite its age. This adventure is simplicity at its finest, a worthy forerunner to the modern indie metroidvania through its open-ended world, enticing secrets to discover, and upgrades to leverage. Today, it’s just as fun to unravel its world over the game’s roughly five-hour runtime as it was nearly twenty years ago. In a market saturated with increasingly complicated interconnected worlds, it’s refreshing to return to the more basic forerunners such as this.

Shantae is just as pleasant to behold as it is to play, as it is easily among the most graphically impressive titles on the GBC. The vibrant graphics make the most of their limited pixel counts with emotive character designs and lush environments, while Jake Kaufman’s chiptune soundtrack boasts many catchy melodies that would come to define the series for the rest of its history. Little visual touches, such as enemies whose eyes bulge in shock with every hit or characters who explode into cartoony shock during plot twists, help to elevate the game above its platform’s technical limitations with a sense of unmistakable charm.

There’s never been a better time to jump into Shantae’s debut adventure than on this new Switch version. This new package published by Limited Run Games doesn’t pack a huge amount of new features, but the few additions that are present add some much-appreciated touches of modern convenience. The inclusion of save states help to take the pain out of the game’s sparse save locations, and the ability to choose between the Game Boy Color original version or the slightly enhanced Game Boy Advance version helps players find a bit more to enjoy with the colors. It would have been nice to have new elements to really celebrate the history of the game, such as additional screen borders to surround the blocky Game Boy aspect ratio, but nonetheless, it’s still a competent package that’s ideal for both longtime fans and relative newcomers.

The Shantae series has gotten better and better over the years, and with the original title on Switch, it’s easy to see where this now-beloved series all began. With just enough conveniences and additions to iron out its rough edges, this version of Shantae finally makes the classic title accessible for all players. Whether you’re looking to complete your Shantae series collection on Switch or simply experience one of the forerunners of modern indie games for yourself, Shantae’s spell remains just as entrancing as ever.