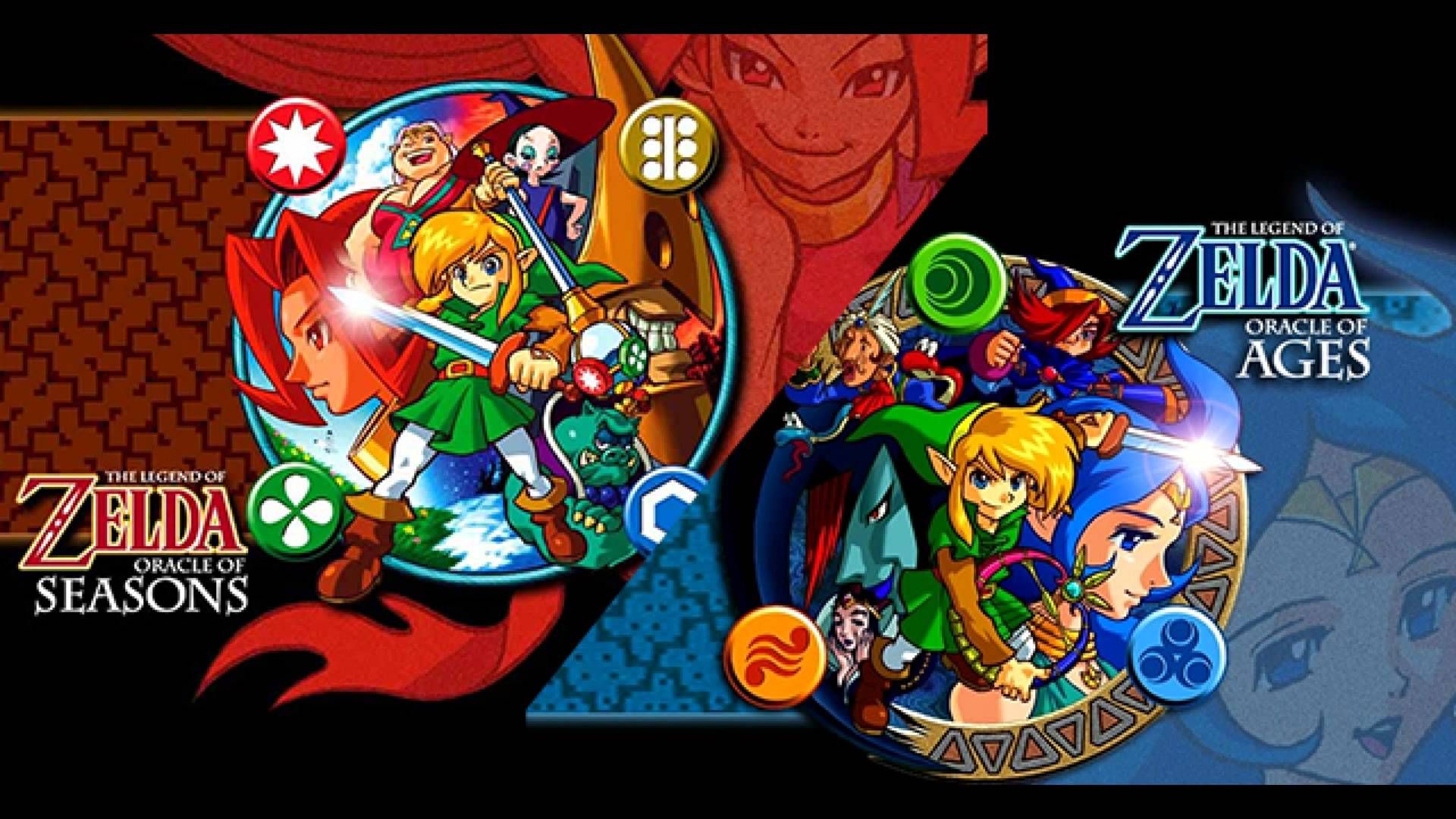 20 Years Later: Revisiting Oracle of Ages and Oracle of Seasons

While both games are nearly identical in design, they provide very different stories and play nearly the opposite of each other. Oracle of Ages, for instance, focuses on the changes of time and extremely complicated puzzles. If ever there was a challenge for people who consider themselves good with puzzles, it is Oracle of Ages. Using the Harp of Ages, Link can eventually move freely back and forth through time nearly anywhere. Changing things in the past will, of course, have consequences in the future, such as how giving someone a tool in the past might open up a new path in the present. With so much emphasis on puzzles, players can expect to spend a lot of time on Oracle of Ages. 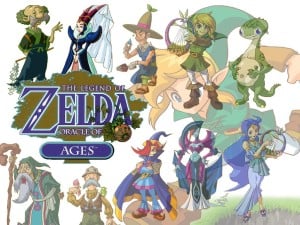 Oracle of Seasons, on the other hand, focuses on action, with much tougher bosses, and allows Link to control the change of seasons. With the eventual ability to control summer, winter, fall and spring, Link can change the season in order to reach areas that were blocked before. For instance, if you need to cross a body of water, you can either freeze it solid in winter or just dry it up in the summer. The player must also traverse a large secondary area called Subrosia, an odd underground city inhabited by a race of lava people. The one distinct difference between Oracle of Ages and Oracle of Seasons is the change in color palette in Oracle of Seasons. While not a huge difference, the change of seasons also causes variations in color to match. 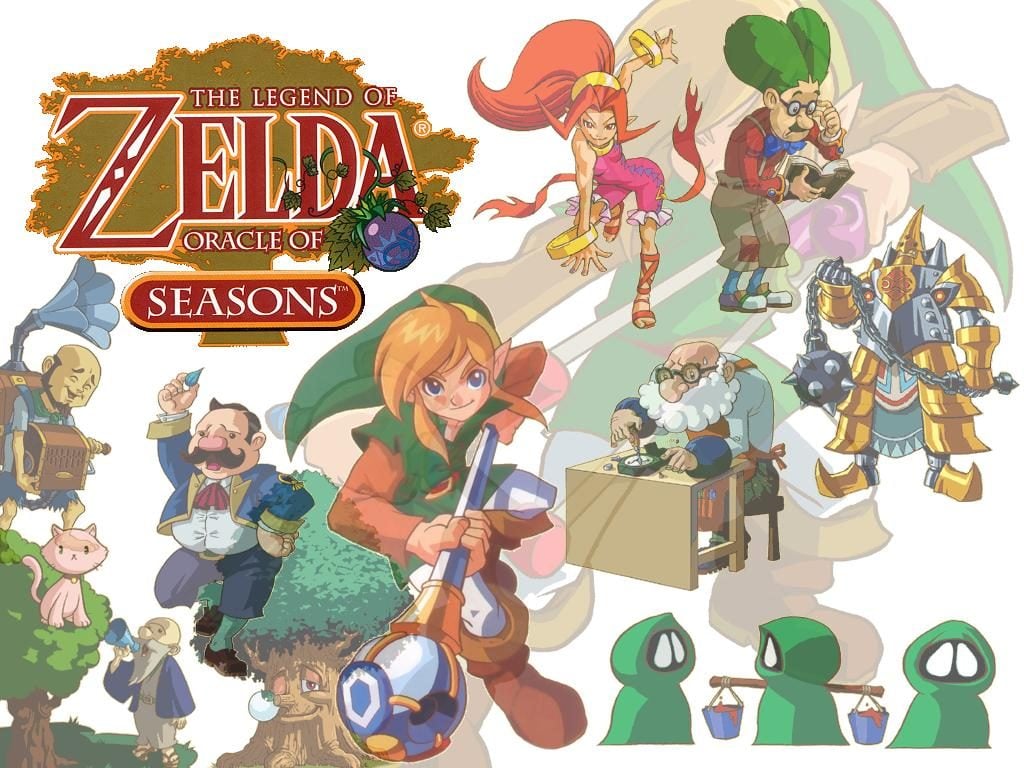 What makes Oracle of Ages and Oracle of Seasons so great is that while they have completely separate stories for those who play both, there is a final ending. Using a code system, you can take codes from one game and use it in the other for various effects and free items. If a player completes Oracle of Ages, they will receive a code they can use at the end of Oracle of Seasons. In doing this, the player will be able to unlock a combined final ending in which Link must defeat both Twinrova and Ganon. This will free Zelda, and the player will reach what is basically the perfect ending since all the bad guys have been defeated. The main issue with the code system, though, was that many players had difficulty using it, and sometimes codes just wouldn’t work, especially for the secret ending. It was much easier to use a link cable and open the secret ending that way if possible.

While both games are very distinct, they also share a number of similarities that make them different from most other Zelda games, the most distinct feature being the introduction of Link’s animal friends, much like the Kirby universe and his three friends. Partners include Ricky the boxing kangaroo, Dimitri the swimming lizard, and Moosh the flying bear. The unique aspect is that while you may meet all three, you can only keep one as a permanent partner, depending on how you progress. Personally, I almost always had Ricky and never Dimitri. You can call your partner nearly anywhere in the over world. Another unique part of Oracle of Ages and Oracle of Seasons is the introduction of rings. Link can wear only a few rings at once with a variety of effects; some rings will transform Link into a monster, boost an ability, weaken an ability or nothing at all. The last unique aspect is the ability to equip two weapons besides the sword and shield. Instead of a sword, you can try and run through the game only using the slingshot, or maybe just use the shield as a bashing board.

The most interesting part of Oracle of Ages and Oracle of Seasons is how they were developed. Originally planned as a Game Boy Color remake of The Legend of Zelda: Link’s Awakening, the game went through so many design changes to make it easier for current players and in order to transfer from the NES that it became a completely different game. In the end, the project turned into three different games, two of which became Oracle of Ages and Oracle of Seasons. The initial three games were supposed to be designed to interweave with each other and connect to form one epic story. It became apparent this was too difficult to accomplish with current technology, so they designed them separately with a code system to connect. Planned as a trilogy to represent the three parts of the Triforce Wisdom, Power, and Courage, only two were made. While the Mystical Seed of Courage was canceled, some of the design art still lives online. The other two, which were later renamed Oracle of Ages and Oracle of Seasons, were released at the same time to critical acclaim. 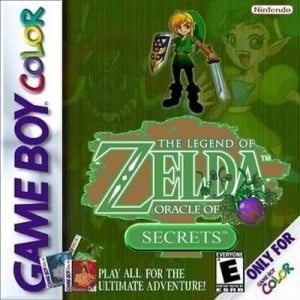 Editor’s Note: This article was originally published on February 27, 2016.