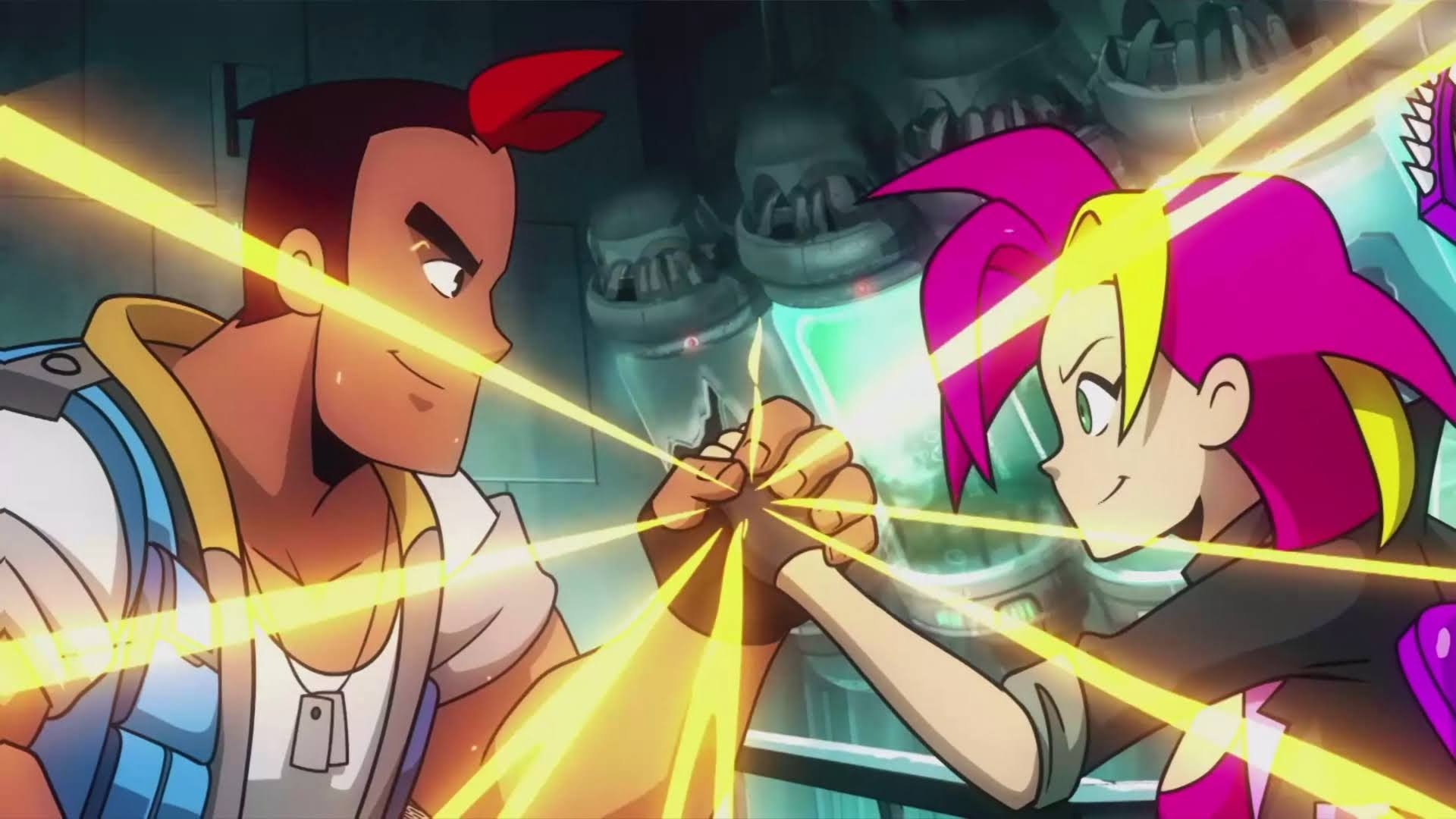 Bet you were looking (way)forward to this one. This week on the NXpress Nintendo Podcast, Cameron Daxon, Marc Kaliroff, and Campbell Gill are joined by a very special guest–WayForward’s own Tomm Hulett, director of the inventive run-and-gun Spidersaurs, which recently saw its debut on Switch. In this wide-ranging interview, the gang picks Tomm’s about all things spiders, dinosaurs, and everything in-between.

Spidersaurs is a tribute to the classic run’n’guns of yesteryear, taking place in a dystopian future where spiders and dinosaurs have been fused together for disastrous effect. Tomm reveals how the project came to be, describes what it’s like to revisit the game for its console release, and hints at what the future of the run’n’gun genre might hold.

Along the way, the gang also digs into Tomm’s previous game development experience, spanning industry figureheads like Konami and Atlus–and how much of that background culminated in Spidersaurs. All this and more in this interview of Jurassic proportions!