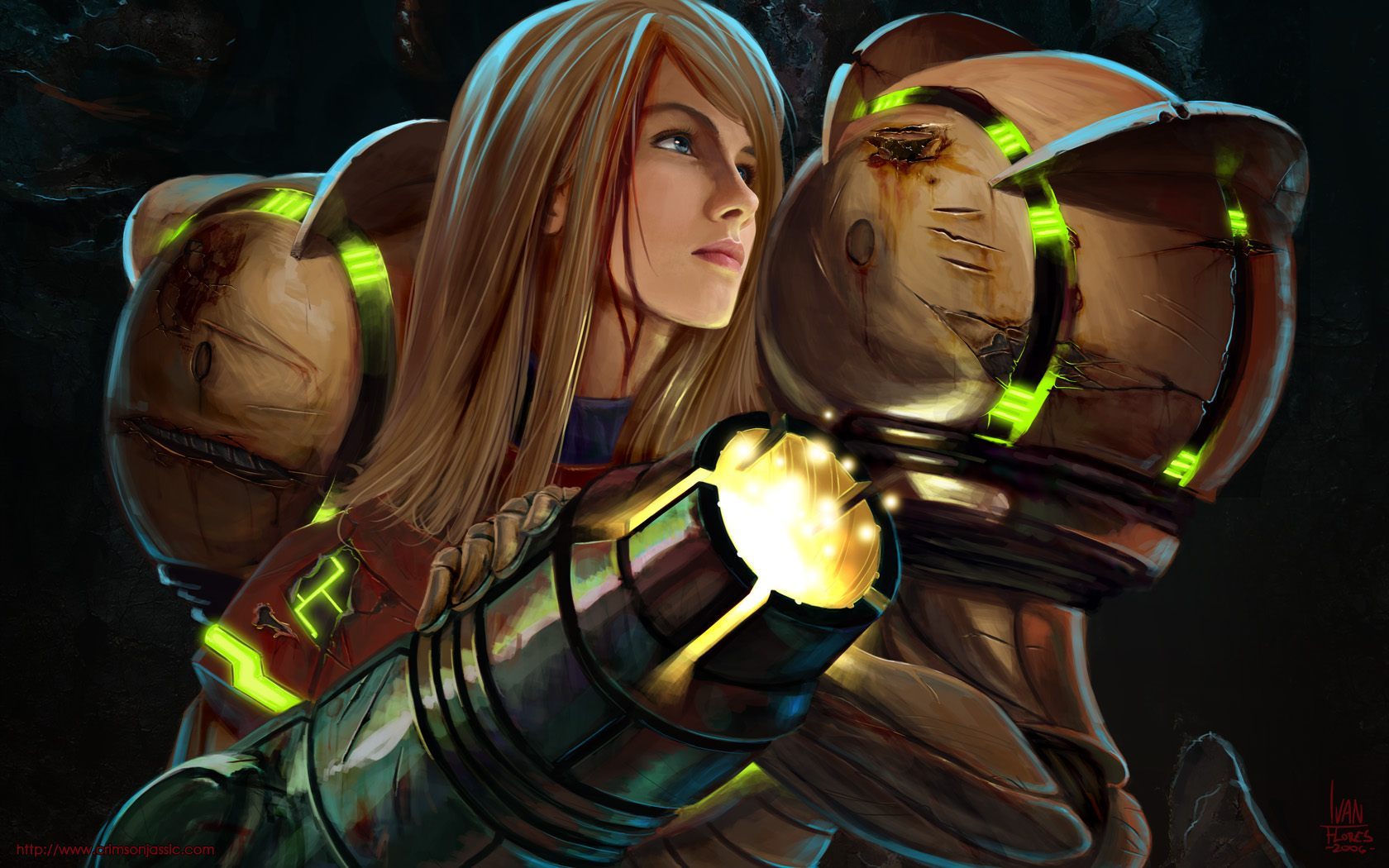 Samus Aran is used to bearing heavy burdens. Neither feminist icon nor blank-slate bimbo, her depiction has been problematic from the start.

The first entry in the Metroid series introduced the tradition of rewarding players for finishing the game. The faster a player finished, the more Samus compensated them, famously stripping down to her underwear if the player completed the game in less than an hour. In Super Metroid, when Samus died, her armour exploded so she could again show her bra and knickers in a fetishised death-undressing.

Yet to deride Samus as a walking, talking sex object seems not only unfair but overly simplistic. Samus does not fit neatly into a single female gaming trope. She is not the persecuted maiden, manic pixie dream girl, or femme fatale. Even her nearest fitting stereotype, the ice queen, is at odds with the woman depicted in Super Metroid or Metroid Fusion. 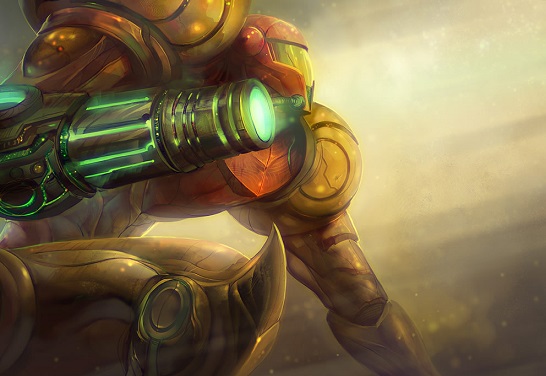 “Is that a gun in your pocket or are you just happy to see me?” – Said Samus never.

In the former, Samus is on what has been described as an Aliens-inspired motherhood quest, chasing down the last Metroid hatchling, but the developers weave this theme into the overall narrative rather than weaponizing it into a rallying cry. Other threads carry weight, too. Every mist-filled room comes with a sense of fear, and this feeling of isolation features heavily in Fusion, where Samus is presented not as uniquely female but uniquely human, fearing death at the hands of the SA-X. Until the final battle, Samus cannot beat her mimic, fleeing to stay alive.

Perhaps one of the reasons Samus is in a perpetual tug of war between those decrying her as a bad example to women and those who maintain the opposite is because the character has been, for most of her thirty years, largely genderless. Samus and her Power Suit go together like Thelma and Louise. While suited and booted, she could be an alien from Planet Bogleon. Samus was judged for her actions and, when given the pleasure, her words. Attitude was always her key selling point – stoic, deadly, powerful. Nintendo Power listed her as 6’3″ and 198 pounds.

There is, of course, the issue of Other M. 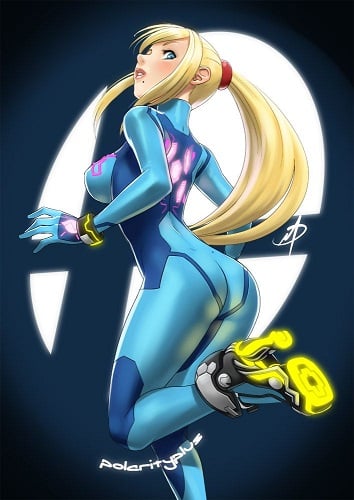 Samus after being sprayed sans clothes with paint.

Players abhorred the depiction of Samus as a co-dependent whiner. One reviewer noted the writing was “as subtle as a boulder launched from a catapult”. Samus went from being a largely silent protagonist (her voice was represented via text in previous Metroid games) to chipping in with inane, robotically voice-acted thoughts on anything and everything. Her characterization was similarly off with never-before-mentioned PTSD that led to a melodramatic (and wholly inconsistent) reunion with her arch nemesis.

Samus’ femininity has become a selling point, but only in her capacity as a male sexual fantasy. References to “dat ass” litter online discussions of the series. Zero Suit Samus, a bounty hunter that relies on balance and speed, wears high heels in Other M. In the latest Super Smash Bros., the heels have been upgraded to Jet Boots – yellow-soled footwear that Carrie Bradshaw has expressed interest in wearing to the next Met Gala.

Somewhere between the androgynous killing machine and the willing female is a representation which rings true for Samus. Hopefully her future writers realize that being a woman means more than having a pair of breasts. De-sexing Samus won’t make her into a woman any more than sexing her up did.