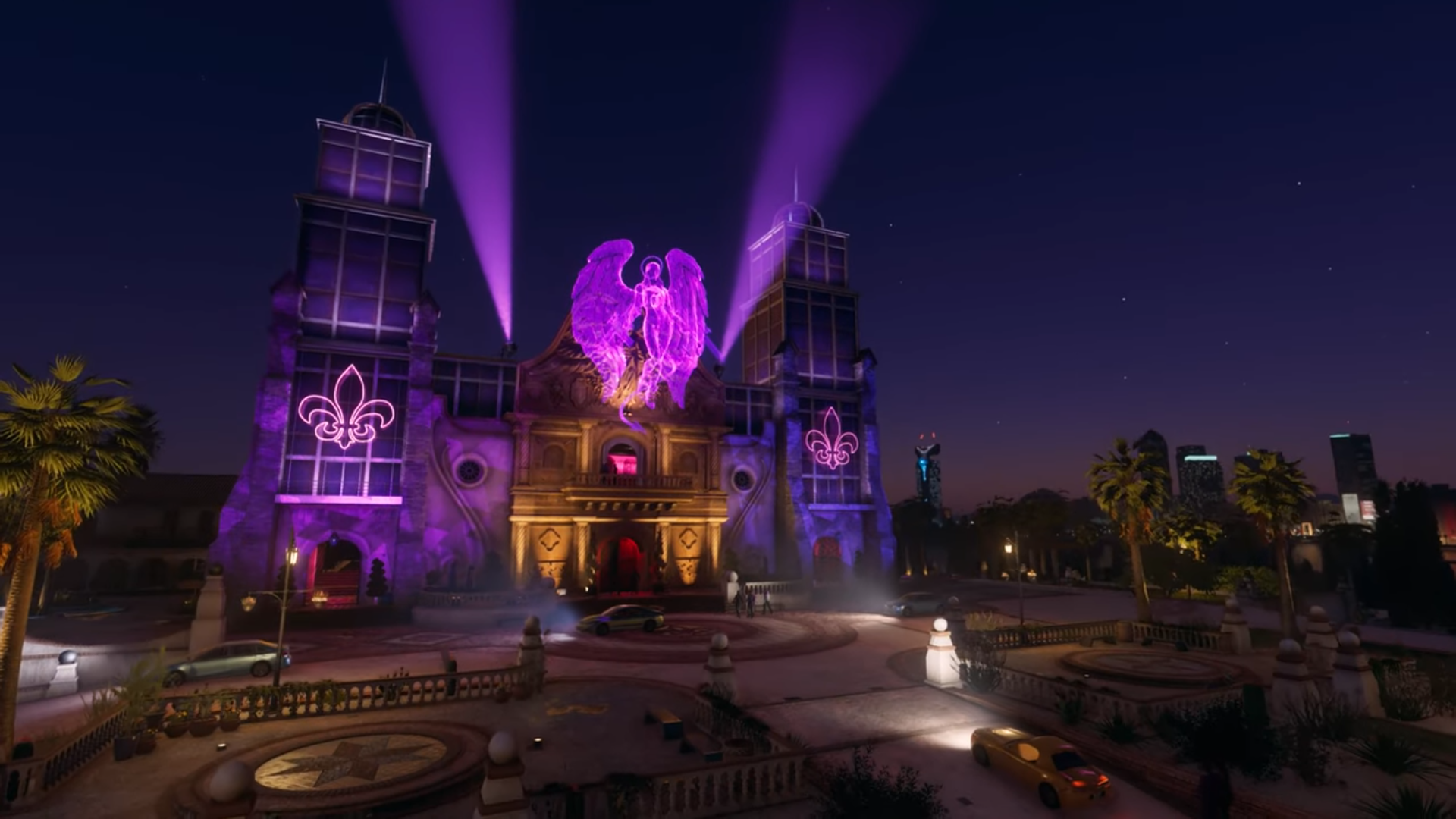 The wacky world of SAINTS ROW is now mere weeks away from its August 23rd launch, and the official Saints Row YouTube channel has released a six-minute gameplay overview trailer that dives into what players can expect from the upcoming reboot. The sprawling fictional setting of Santo Ileso is packed with dangerous factions and criminal opportunities, so let’s dive into what this latest overview has to offer.

First of all, more details have been revealed about SAINTS ROW’s factions, including a first look at a brand-new fourth faction. Los Panteros, run by Sergio, are master smugglers skilled in close quarters combat, while The Idols are an group of masked criminal anarchists dressed in flashy pink outfits and appear much more gung-ho. Marshall Defence Technologies is a high-tech faction that uses advanced weaponry to their advantage in battle, and an unrevealed fourth faction lives in the desert with a post-apocalyptic aesthetic, though no further details are known so far.

Next up is a breakdown of all the major NPCs that will aid the protagonist in their quest to take over the city. Eli is the reliable business associate with an affinity for pump-action shotguns, while Neenah always helps with a quick getaway and seems to play a major role in customising cars. The “shirt-hating roommate” Kevin, on the other hand, is skilled in many things including DJ-ing and cooking. However, Saints should be careful of a wild-card hitman who also has his eye on Santo Ileso.

The Saints HQ is the centre of all your activity in the world of SAINTS ROW, stocked up with every amenity necessary for a criminal enterprise. Here players can view their empire level on the map and regroup to plot the next dangerous scheme, and how your empire grows is entirely up to you. The freedom to explore and discover is an important part of the world, and player customisation also plays into this. Visiting the many shops of Santo Ileso allows the protagonist to purchase, upgrade and customise their clothes and equipment to their heart’s content.

Finally, some of SAINTS ROW’s wackiest weapons are shown off, from rocket launchers to dual wield machine guns and even more unique pieces of gear. Just like outfits, it seems as though weapons are also highly customisable, allowing the player to express themselves and their criminal enterprise however they want.

The full gameplay breakdown can be watched below to see all of these features and more alongside brand-new gameplay footage. For more Saints Row franchise content on Goomba Stomp, make sure to read our review of Saints Row: The Third’s Nintendo Switch release as well as its remastered version.