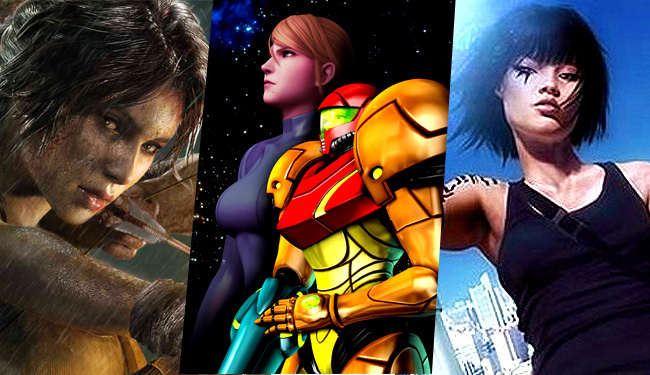 Gaming as a culture has become more accepted over the years as those of us who grew up with video games age and pass it on to the next generation. The gaming industry alone has grown and changed so much, expanding in ways few could have predicted. As a part of this, video games have ceased to be a thing primarily for kids and have become a culture. As this culture expands and becomes viewed more as an art form (or even a sport in some cases), it must inevitably be open to a more diverse audience and criticism. Traditionally, it was believed that video games were dominated by males and that females had little interest in the field. While there is definitely some difference in interest from genre to genre, it is unfair to classify video games or any genre as the sole property of a given gender. Recent events especially have put gamers under a critical spotlight and raised issues of sexism and under representation in video games. Whether female interest in video games was minimal or not at any given time is irrelevant; current studies prove that female gamers make up nearly half of all gamers. So why are video games skewed so much in the favor of males? 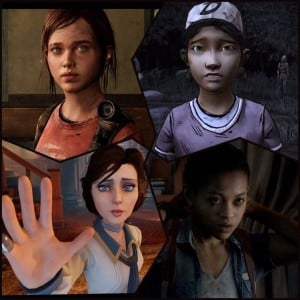 Many gamers play video games in order to imagine themselves as the main character. In simple terms, if I play a Mario game, at some level I imagine myself as Mario. Since video games are believed to be male-dominated, most main characters are also male. The concern is that if the main character was female then male gamers would not be able to imagine themselves in those shoes. One early exception to this was of course Tomb Raider and Lara Croft, but as the series went on and graphics improved, Lara became more and more sexualized to draw in more male gamers. More recent entries to the Tomb Raider series have tried to combat this, but they have created other issues in the process.

It has been shown as well that while males prefer violent and action games, females tend to lean towards simulation, story-driven and musical games. The problem is that some people take this as a literal defining rule instead of simple preferences. Of course there are going to be females who vastly prefer shooters to more ‘feminine’ games, and at the same time I have always enjoyed rhythm games and find plot development to be one of the most critical parts of any gaming experience. The point is that everyone has their own preferences that can’t be defined by chromosomes. Games specifically made with females as the target audience tend to be lackluster at best, focusing on things like Barbie, which is kind of depressing. 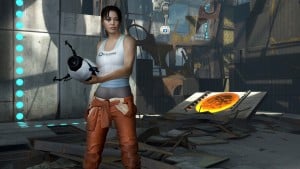 Not only do most games tend to put hyper-masculine men as the main character, but they also usually depict women as needy, subservient or sex objects. The damsel in distress trope is easily the oldest (stretching well beyond video games), going back to Nintendo with Princess Peach and Zelda. To be fair, both have slowly become more independent; Zelda for instance has her Sheik counterpart, and Peach has been portrayed as more independent in certain games like Paper Mario and Super Mario Bros 2.

There are also the hyper-sexualized female characters who tend to be either eye candy or for sexual conquest. Bayonetta, for instance, has come under fire; while a strong independent female character, it is impossible to deny the super sexual tones. RPGs and fighting games also regularly garner criticism for making many of their female characters extremely busty and wearing the tiniest outfits, or even other issues, like the recent comments made on the ridiculous boob physics in Street Fighter 5. 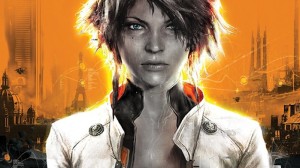 There are some positive female characters in games, but not many, and even less in the main character spot. Samus Aran from the Metroid series is a prime example. Most gamers didn’t even know she was a female until the big reveal at the end of the 1986 Metroid. Other notable characters are Jade of Beyond Good and Evil, Chell from Portal and Aveline from AC Liberation, or even Ellie from the critically acclaimed The Last of Us, who not only represented the female, but LGBT group as well.

While it is possible to have highly-acclaimed games with positive female characters, why does it happen so little? Cost and demand tend to be the main reasons, especially in AAA games. In the last few years however, there has been a growing trend in games at least giving gamers the option of which sex they want. Saints Row, Fallout and Fable for instance all offer a choice. Even AC Syndicate added a female lead after getting into trouble for misrepresenting the role of female characters in Unity. 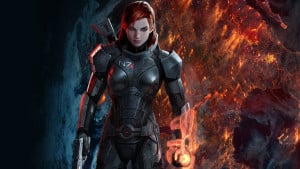 It is clear that gaming as a culture is moving towards a more inclusive mind set, but due to some that has become an arduous task. Why are female gamers three times more likely to be berated in multiplayer for simple comments? Why some male gamers feel females in video games are an intrusion is somewhat baffling, as if just playing with a female puts their place in the male hierarchy at risk. Of course, this isn’t only directed at females, as homophobic and anti-Semitic remarks also plague popular multiplayer games. As gaming becomes more widely accepted though, it will also become more diverse, and with that comes even more changes in games and those who play them. Of course not all games can or should change–Grand Theft Auto, for instance, will always be the way it is–but there is room to be open to new gamers and different kinds of games, like the recent Gone Home and Life is Strange, regardless of sex or creed.