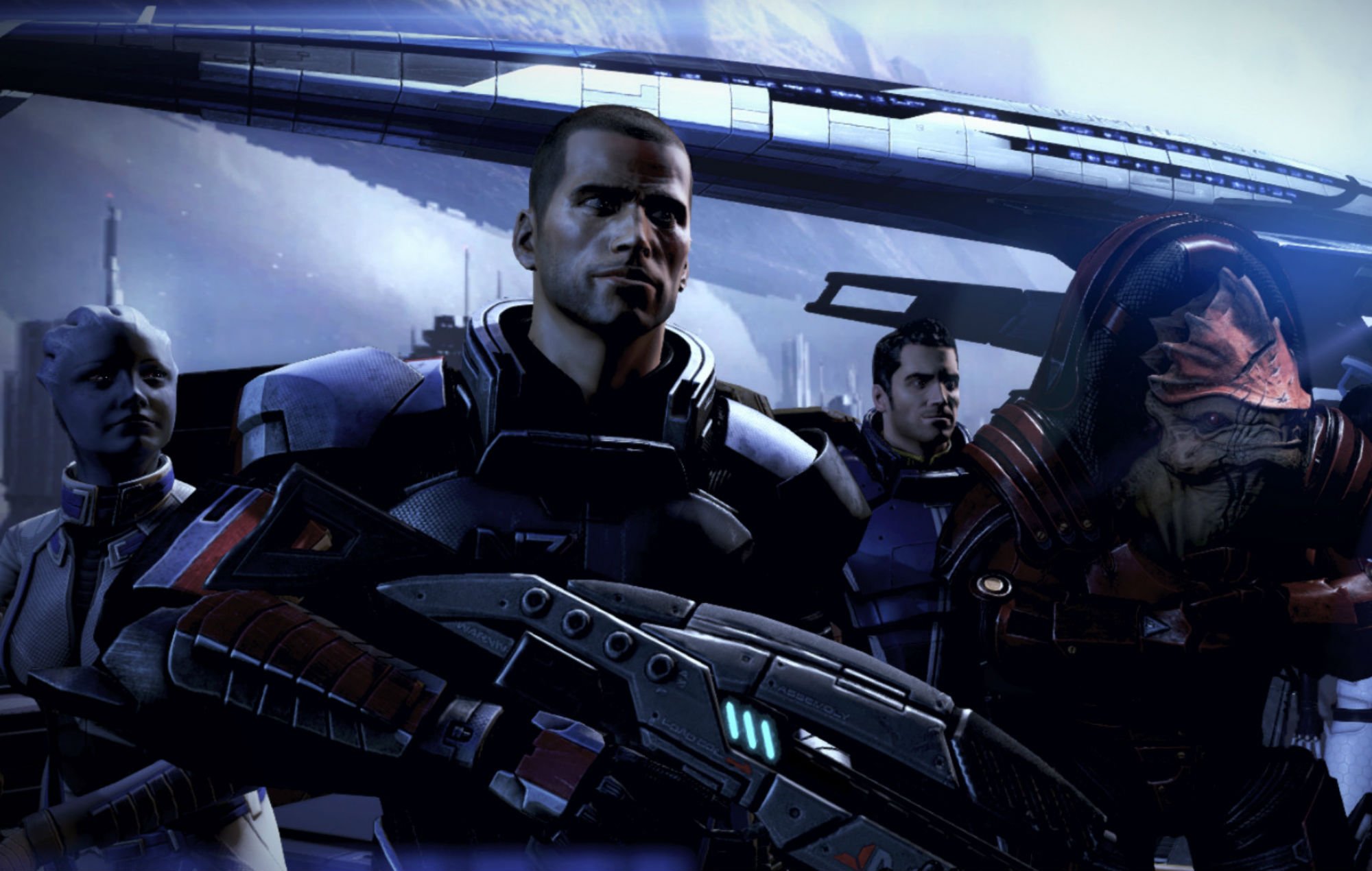 If you are a huge fan of Bioware’s space opera game series Mass Effect -like me- then you’re probably more than a little excited for Mass Effect: Legendary Edition, the upcoming remastered compilation of the three main games in the Mass Effect series along with all of the accompanying DLC. Bioware recently released a trailer for the game with visual comparisons between the remaster and the originals and the change is significant, so let’s take a look at some of the most notable comparison shots.

All Images Courtesy of Bioware and EA

We get a look at the canon model for the female version of Commander Shepherd, which originally did not appear in promotional material until Mass Effect 3 in 2012. Her design fits into the first Mass Effect game pretty well and I’m glad that she finally got a canon design that is now recognized across the franchise like her male counterpart. The lighting of this shot is what my caught my eye the most though. I remember getting kind of put off by the number of dark shadows in the game the first time I played it but this shot is certainly alleviating my worries about having to relive the darkness. Both the characters and the background are significantly brightened whilst still retaining a good balance of shadow and light. You can properly make out Kaiden silently judging you in the background of this shot much better than in the original. Great job, guys.

The trailer boasts “improved materials and particle effects” with this next shot and again, there is a highly noticeable change from the 2007 Mass Effect. Smoke rises from the bubbling lava as the Mako vehicle drives cautiously along a well-textured dirt track. A Reaper ship can be seen in the background and again, the improvement to the lighting is one of the strongest elements. The lighting change greatly improves the Reaper’s visibility, allowing detailing and textures on the ship to be seen far more clearly. The Mako itself has also had a makeover, looking a lot more suited for its environment rather than that awkward and clunky toy car thing it used to have going on. I just hope they have made the roaming in the Mako more bearable than it was originally as it was just the absolute worst.

Again, we see the Mako but this time it is traversing snowy terrain. The environments of the first game have also clearly had a big upgrade, with the remaster feeling a lot more authentic to a snowy blizzard but still bright enough to have some visibility.

A look at the upgraded character models next with a shot of one of the first crewmates that Shepherd recruits: Ashley Williams in her iconic white and pink armour. Once again, lighting plays a pretty significant part here as we can see her facial features far more clearly. The trailer states that the remaster includes “improved skin rendering” and “more realistic surface response”, which is clear in the shot comparison.

The next shot shows off the remade or enhanced textures in remaster. I can’t be the only one who is kind of obsessed with that revamped skin texture for Mass Effect 2 and Mass Effect 3 crewmate Thane can I? Look at all those beautiful scales and that glassiness in the eyes. The texture of his clothing is also crazily detailed too. This is the first shot we get that isn’t from the original Mass Effect, which has had the most significant changes within the Legendary Edition.

Everyone’s favourite Quarian is shown next as the example of the “more detailed 3D models”. Much like Thane’s coat, Tali’s suit has a lot more attention to detail than in the original. The effort that has gone into the detailing is clear and I’m looking forward to seeing what all of the new character models look like.

I love the new detail on Garrus’s mangled armor and his scarred face. I can’t wait to romance my new and revamped Turian boy.

No wait, do I want to romance Garrus or Liara? Because Liara is looking damn good with her upgrades and I can’t resist a super-smart blue bombshell. Once again, my heart is torn. But honestly, I will probably romance the same person I did in all the other games. Embarrassingly, it was boring and straight-laced Kaiden. Hold your laughter. I thought he was cute damn it…but then I cheated on him with Garrus. Let’s move on shall we?

The trailer demonstrates some “eye shader improvements”- which are noticeable- but I think that this comparison shot of everyone’s favourite father figure David Anderson also shows off the skin textures and general increase in emotion that the upgrades are going to bring to the character models in the Legendary Edition.

Let There Be Light

Lord, praise that new lighting! I can finally see what is actually happening on the screen and I am grateful for that.

All The Tech Stuff

This shot goes into the detail as to what changes have been made to recreate the scene from the original game. Honestly, it’s all a little bit technical for my tiny brain to manage but I definitely understand some words. Certainly one or two at least

The end comparison after all that technical jargon is shown in this shot and the result is pretty damn impressive. The Legendary Edition looks set to truly bring the original Mass Effect experience from 2007 into the present day with its revitalizing revamps.

My hopes are high for this remaster after the comparison trailer. Whilst I know that the bulk of the upgrades are going to the original Mass Effect, I just wish that some more of the remastered versions of Mass Effect 2 and Mass Effect 3 were shown in a bit more detail. That being said, I’m certainly looking forward to this as it looks to be giving the Mass Effect series the treatment it truly deserves. As much as I didn’t hate Mass Effect: Andromeda as much as some seemed to, it really didn’t feel in sync with the rest of the series and so it is a great feeling to know that we will soon be able to return to the parts of the series that I know and love. Oh and give the person who recommended using the “Suicide Mission” music from Mass Effect 2 for this trailer a raise. They’ve earned it.

Mass Effect: Legendary Edition is due for release on May 14th, 2021 for PC, PlayStation 4 and Xbox One. For more information on the enhancements in Legendary Edition, check out EA’s official blog post.