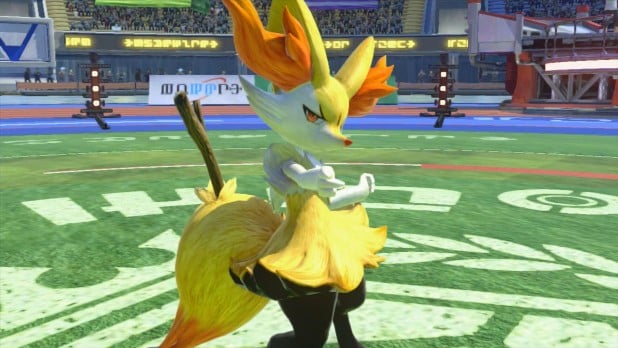 Pokkén Tournament takes a very simplistic approach to the fighting genre. Every move is dictated by a button and a direction on the control pad rather than quarter-circle or charge motions, making it feel a lot like the Smash franchise, and the game also makes use of an auto-combo system, where hitting certain attack buttons over and over will create a true combo. It’s easy to get into for those not as well-versed at fighters as others, but this simplicity is put in front of a cast array of mechanics that give Pokkén a real learning curve.

The biggest hurdle to get over in Pokkén is its phase changing mechanic. Pokkén matches play out in two different ways: an arena-style 3D mode (Field Phase) and a traditional 2D style mode (Duel Phase). Field Phase is what all matches start in. Spacing and zoning your opponent is important in this mode, as it’s hard to link attacks together into combos. Instead, the primary focus of Field Phase is to shift the battle into Dual Phase. 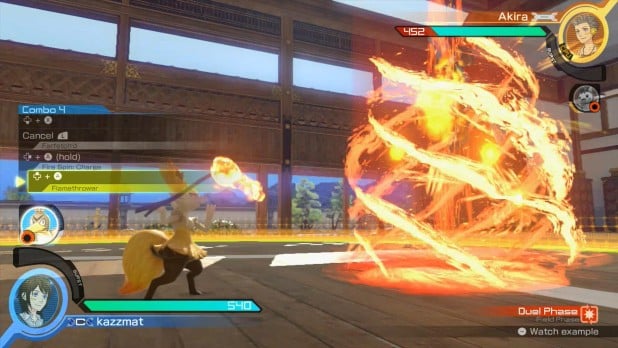 Pokkén includes multiple tutorials that teach everything from the game’s basics to simple combos.

Phases shift whenever one player lands a knockdown blow on the other, which can be caused by anything from the end of a combo chain to a grab, or landing an unblockable blow. Pokkén only allows for neutral getup options, meaning your recovery will always be the same no matter what. This favors the player who landed the phase shift blow, as they can now accurately plan around the other player’s recovery to keep their pressure game going. The only way around this recovery system is to be thrown against a wall, which will force thrown Pokémon far away from their attacker and let them recover in the air rather than on the ground.

The main way to force a knockdown and Phase shift is by making use of Pokkén‘s attack triangle. Attacks trump grabs, grabs trump counter attacks, and counter attacks trump attacks. Visually, this is all represented in-game by colors that mimic the fire>grass>water typing of Pokémon games. Basic attacks cause the player’s Pokémon to flash red in an exchange, green during grabs, and blue for counter attacks. It’s a nice little detail, but probably one a Pokémon fan will pick up on quicker than a fighting game fan.

After being shifted into Duel Phase the game feels a bit more like a traditional 2D fighter. Combos and moves are easier to land without a third dimension to deal with, and this is probably where most games will close out. Eventually someone will land a move that shifts the game back into Field Phase, but hopefully they’ve done as much damage as possible before that. The Phase mechanic is a little weird, but overall it’s a welcome addition, giving Pokkén an identity all its own. A lot of Pokémon have their moves changed up between Field and Duel Phase, which sometimes makes things feel a little more complex than they actually should be, but it’s not something that playing around in a few matches or in Training Mode can’t fix. 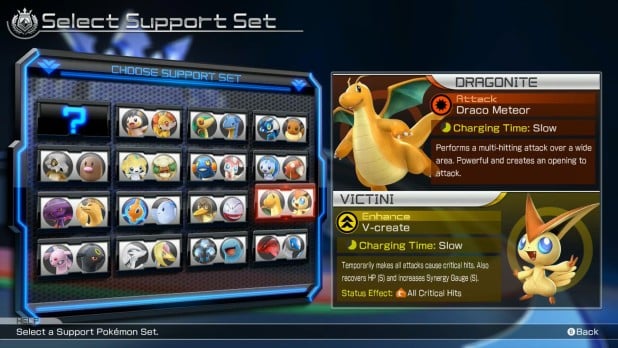 “More complex than they actually should be,” is a good describer of Pokkén’s various issues, the primary one being its local multiplayer. Pokkén‘s camera works in an odd way. It stays focused on the player’s Pokémon rather than creating equal space between them. This was probably done to keep inputs simple, since “back” and “forward” need to always be clear in both Field and Dual Phase. In order to keep this odd camera for two players, Pokkén forces one player onto the Wii U gamepad while the other uses the TV. It effectively is loading two separate instances of Pokkén. In order to do this effectively the game has to cut the frame rate in half from sixty to thirty. For a fighting game, where accurate inputs and timing are major factors to a match, this is near unacceptable. For a more casual player this probably won’t be that bad, but anyone planning to sit down and seriously play Pokkén should consider using the game’s LAN mode.

LAN mode in Pokkén is a first for a Wii U game. By using a special input at the start screen (left bumper + right bumper+ Down+ Start) the player is taken to a special menu to set up VS rules. After this the player can select a character and support, even those they haven’t unlocked, and fight any nearby Wii Us that have the same settings. Using this mode does not cut into the frame rate and, assuming both players have a strong wireless or wired hookup, plays decently. However, it’s hard to imagine how this mode will do at a major tournament if all the systems are running on wireless LAN.

Online multiplayer is surprisingly smoother than local. In the several matches I played online most were against people on the other side of the country and the frame rate never dipped or lagged. It feels a lot smoother than say Smash 4 or Mario Kart. The only hang-up is that the player is forced to choose their Pokémon and supports before hopping into matches and those cannot be changed without completely leaving the online mode. This is a rather annoying trend that’s started in fighters as of recent; not everyone wants to stick to a “main,” and the way supports are implemented makes it feel like the player should have a choice. Having a certain support can completely change the dynamic of a match, and the lack of choice or a character select screen in online mode is a small blemish on an otherwise great online experience. 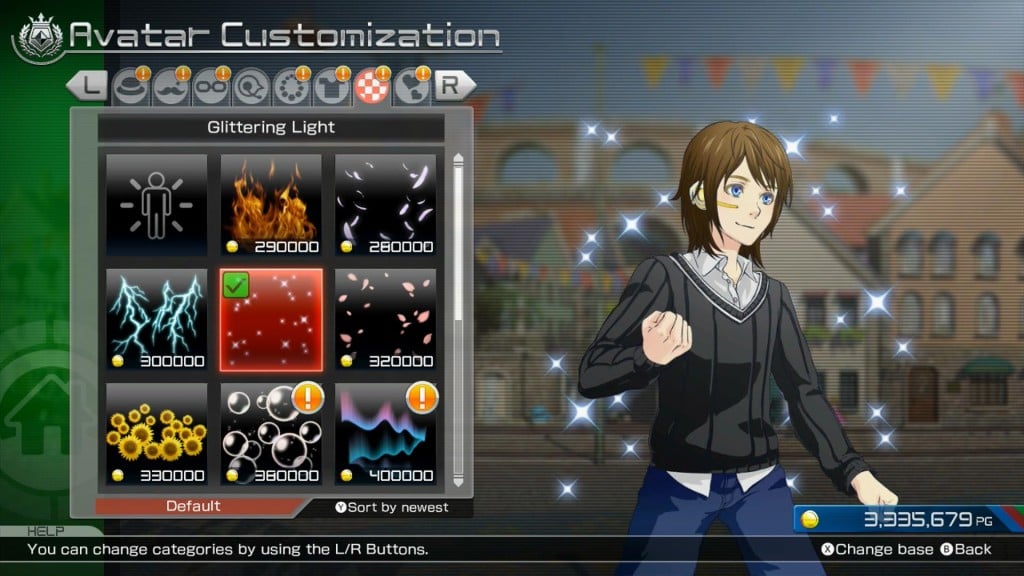 You can earn Pokégold in single player mode or online to purchase customizable parts for your in-game avatar.

Aesthetically, Pokkén Tournament is beautiful. The soundtrack consists of high-quality remixes of songs from other games, and the sound effects for attacks and hits are satisfying. Each playable Pokémon has a unique feel, and they’re all equally expressive and entertaining to watch. The graphical attention to detail on things like fur or scales is something not seen in any other Wii U title and, when coupled with bright and popping colors, gives a view to the Pokémon cast that has never been seen in any Pokémon game prior to it. Pokkén is a graphical benchmark of what a Wii U title can and should look like. The only place where this attention to detail is lacking is in the backgrounds, but the camera is so focused on the actual combat that it’s rare to glimpse at what is happening outside the match.

Pokkén is one of the most enjoyable, original titles that Nintendo has released in a long time. As a new spin-off to Pokémon, it’s a welcome addition to the franchise, and the game offers its own unique niche as a fighting game. Many of its major hiccups lie in the multiplayer, and even though there are workarounds, they feel needlessly complex for an issue that could have been fixed while the game was still in early stages of development. If you’re looking to play Pokkén multiplayer, just make sure your friend has a copy and their Wii U with them as well. Still, it’s an easy to pick up but hard to master kind of title that can entertain a casual fighting game fan while also offering its own flair of depth to a more serious competitive player.