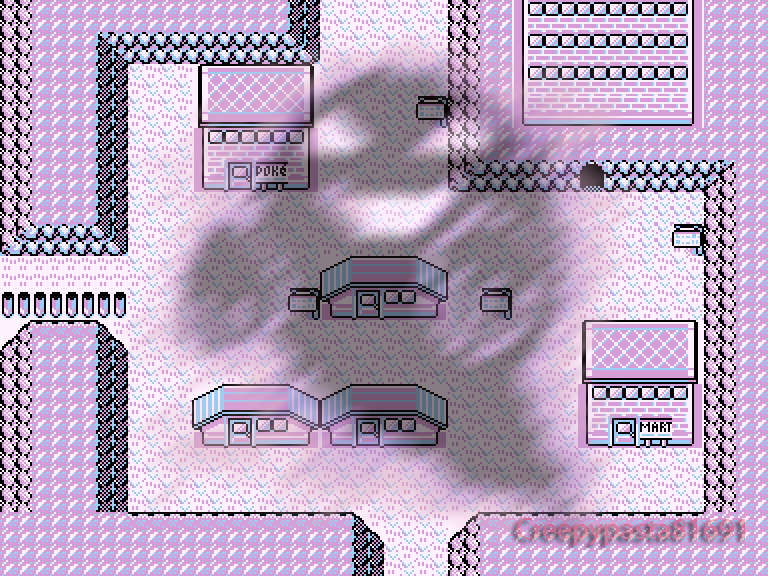 As a game filled with legendary beings and mythical monsters that has tantalized the imaginations of millions for over two decades, it’s no surprise that the Pokémon franchise has become the source of many mysterious myths and tales. Some fall in to the category of plausible fan theories, such as the Pokémon Gengar being the dark shadow of the lighter Clefable Pokémon, or that Cubone was initially intended to evolve in to Kangaskhan, but was deemed too dark by designers, as the skull Cubone uses as a mask is said to be its mother’s. Far more unsettling than this category of myth are the urban legends that have seeped into the real world, sinister stories about suicide-inducing sounds and corrupted, cursed cartridges. Listen as I recount some of my favorite terrifying tales surrounding the original Pokémon games, but be warned! These are the eerie legends that provide perfect fodder for nightmares, a delicacy to dream eaters such as Gengar. Even the bravest of us may have to sleep with a Lunar Wing under our pillow after hearing these shiver-inducing stories!

The most infamous of all Pokémon urban legends concerns Lavender Town and its haunting, spine-tingling tune.  It’s a testament to the the lasting impact of this truly remarkable soundtrack that evocative themes such as Lavender Town’s generate such a powerful ambiance, perfectly matching the mood and atmosphere of the scene in game, that they remain with players over a decade later and escaped into stories to chill to the core the children who grew up playing Pokémon. Here is a link, so you can experience this spooky, somber song for yourself.  For a truly harrowing experience, I encourage you to leave the song playing in the background while you read the rest of the article, as it perfectly sets the eerie atmosphere for our tale.  You may want to leave the light on though….

The story goes that in some copies of Pokémon Red and Green, the original Pokémon games released in Japan in 1996, there was a harmful frequency in the Lavender Town theme that drove several Japanese children insane, ultimately leading them to commit suicide. Specifics on the story vary with different tellings. In some, it is a simple, yet sinister syndrome, called Lavender Town Syndrome, that when the frequencies of the song meet certain types of developing minds, the only result could be a violent ending of life. In others narratives, in-game text is said to have somehow developed into a channel for the dead to communicate with the living, and children who had recently experienced a tragic loss, being suddenly reunited with a loved one and eager to be with them forever, sought to kill themselves. Regardless of how the yarn unravels, the constants tend to be children violently killing themselves through hanging, or leaping from great heights, burning themselves alive, and other excruciating methods, and the almost otherworldly quality of Lavender Town’s theme.

It’s only (super)natural that Lavender Town would be utilized as the source location for scary stories out-of-game considering the nature of what happens in-game. Lavender Town stories employ the only macabre moment in Pokémon Red and Blue Version (or Red and Green in Japan), where trainers arrive in Lavender Town, which houses the Pokémon Tower, a place where other trainers bury their deceased Pokémon. This more mature moment in the game’s narrative provided players a reminder of the inescapable reality of death, even in such a cheerful world, and informed them that even Pokémon can die. The Pokémon Tower is also the only area in the game where players can encounter Ghost-type Pokémon, and where, within the game’s story, they are called upon to exorcise the angry ghost of a Pokémon, the lingering remnant of a deceased Marowak. It’s no surprise then that Lavender Town would pass on from its digital setting to haunt and plague players in reality as well. 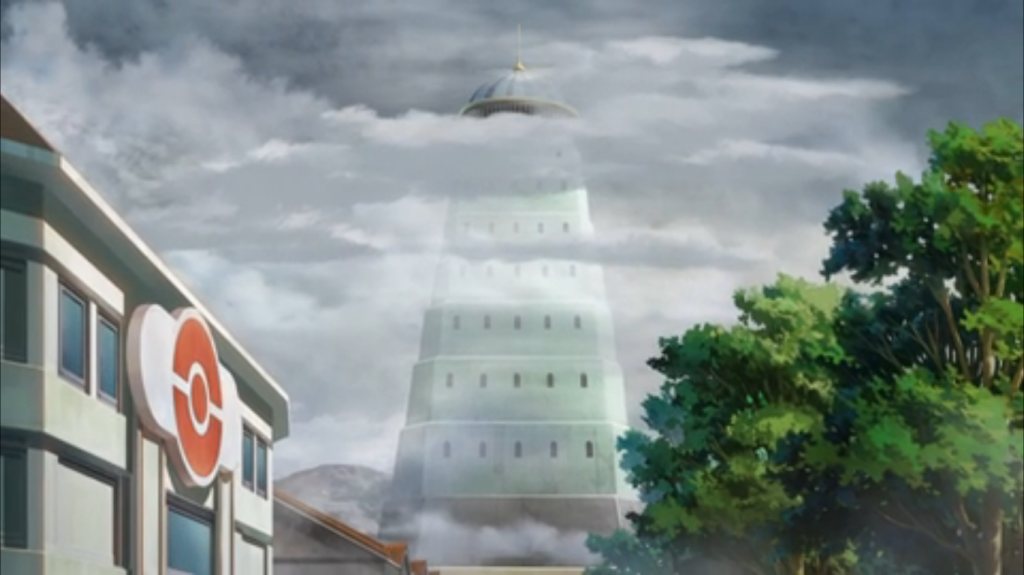 It could also be that the urban legend was informed or inspired by reality. While the Lavender Town story’s foreign setting does veil specifics and make actual information challenging to come by, the reality of localization is full of horror stories of its own that are relatively common knowledge. In one well-known instance, an episode of the Pokémon anime caused many young viewers in Japan to seize and convulse as a result of its bright colors and flashing lights, and consequently never aired outside of Japan. It’s entirely possible that an actual instance in which a piece of media harmed its audience was somehow misconstrued as something far more tragic and horrifying. In either case, the scary story itself preys upon the familiar idea of the impact of media on children, the fear of death within the childish hearts of us all, and the fear that harm will befall our children and that we as adults will remain powerless and unaffected, making the myth’s longevity conceivable. Not to mention that it is paired with a truly unnerving song, making for an unsettling and memorable experience.

Another urban legend that surrounds Pokémon that seems to have spawned from Creepypasta is a myth concerning a mysterious copy of the game Pokémon Red, a copy now commonly known as Pokémon Black, or Creepy Black, that was first rumored well before the actual and unrelated game Pokémon Black became a reality. I reencountered the legend of Pokémon Black the day Pokémon Black and White were first announced, and I was dying for some more information on the fifth generation of Pokémon. I stumbled upon a webpage which recounted the Pokémon Creepy Black story and shared some of its lasting impact. The page played the Lavender Town theme as you read, just as it’s playing now (right?), providing the proper primer for a scary story. That story goes something like this… 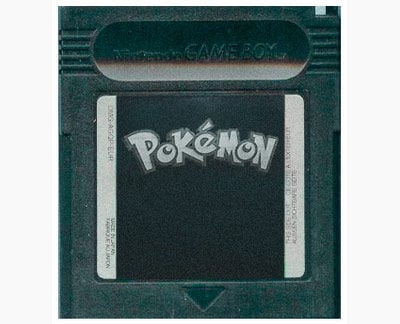 Presumably, a collector of hacked versions of Pokémon found what he assumed was a hacked version of Pokémon Red. Instead of the typical red cartridge, it had a black cartridge with no picture, just a black label. “Black” started up exactly the same as Red did, until the start screen appeared, at which point the trainer Red was featured alone with no Pokémon cycling through, and it read “Black Version” below the title. Everything was as expected once more until just after the player selected a starter Pokémon, at which point a new Pokémon named “GHOST” could also be found in the party. When inspected, it was level one and shared the same sprite as the ghosts encountered in the Pokémon Tower before the player has the Sliph Scope. It also had an attack that didn’t exist until after the first generation, Curse, only this move operated a little different in the most horrifying way. Defending Pokémon couldn’t attack GHOST- the screen read that they were too scared to move. When GHOST used Curse on them, the screen would go dark, and the Pokémon’s cry was heard only in a lower pitch. When the screen brightened once more, the defending Pokémon would be gone. If used in a battle against a trainer, the Pokéball icon representing the opponent’s Pokémon would disappear. One can’t help but insinuate that the Pokémon had died.

The player could go through the entire game virtually untouchable. After the Elite Four, however, the player’s sprite would become that of an old man in an empty overworld. There are said to be no Pokémon in the player’s party, and no NPCs; just a lone figure walking among tombstones where NPCs once stood, and the Lavender Town tune drifting through the air. That is, until “GHOST” reappears, this time to challenge the player. Suddenly the player would be assaulted with image after image, sprite after sprite, of all of the Pokémon they had used Curse on and all of the trainers who’d lost Pokémon. Finally, the sprite of GHOST would reappear and use Curse on the player, ending the game and resetting the save data. 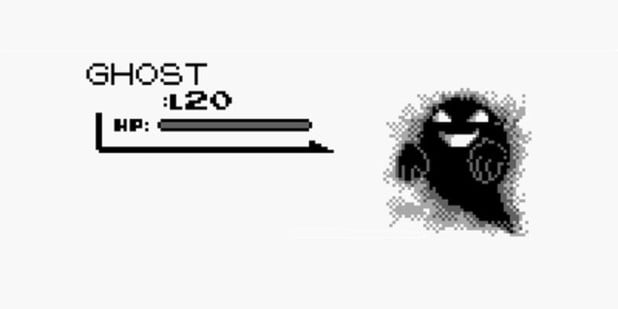 While I enjoy the eerie nature of this alleged hack, what I enjoy even more are the countless other stories it has inspired and variations on the tale itself. Later stories such as “Lost Silver” provide a similarly surreal situation to the second generation Pokémon games, and another I’ve encountered concerns a conscious, self-aware Red trapped forever in his game. For all comparable tales, Creepy Black seems to have been the first creepy cartridge story, the open-ended nature of which lends itself well to sequels, as the original teller claims to have lost the cartridge. The original source through which I heard the story insinuated further that the cartridge wasn’t hacked, but was actually cursed, and that players who held on to the cursed, black cartridge too long would go mysteriously missing, or start to see strange shadows looming ever closer until they finally passed the cartridge on. Perhaps these are all just fun tales to add an unhealthy dose of dark and disturbing to a child-friendly game. On the other hand, some twisted, talented soul may have made this horrifying hack to startle unwitting players. Or maybe, just maybe, the teller of the second tale narrowly missed a curse of their own from an all-too-familiar sinister source. After two decades, who knows?  And what untold stories might still lurk in the shadows about cursed cartridges, murderous melodies, and digital ghosts waiting to capture the thoughts of the reader or listener? Let me know if you’ve heard any Pokemyths or horror stories perhaps I haven’t. Keep checking Goomba Stomp for all things Pokémon, creepy or otherwise. Oh, and pleasant dreams! 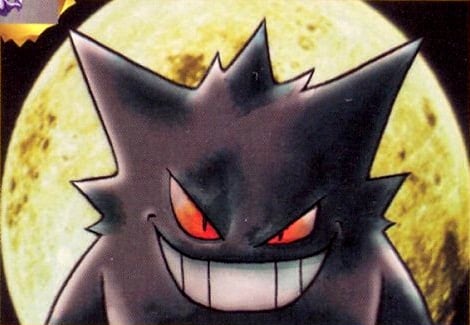 Editor’s Note: This article was originally published in February, 2016.