The original Final Fantasy set the JRPG standard: heroes of good unite to combat the forces of evil. The NES’ limitations necessitated a simplistic approach, but there’s no denying it was an effective one.

As time passed, more games added to the laundry list of JRPG tropes. Players took on the roles of brighteyed youths yearning for adventure or stoic warriors heeding the call of duty. There’s a certain charm and familiarity that comes with revisiting these stories in different forms.

Octopath Traveler, the upcoming Square Enix game on the Switch, capitalizes hard on that. However, rather than relying on nostalgia to prop itself up, Octopath factors it into its own unique design. In just three short hours, the game’s demo effectively brings it back to JRPG basics. Octopath‘s gameplay and story are classically familiar and encompass an experience akin to reading a well-worn storybook. 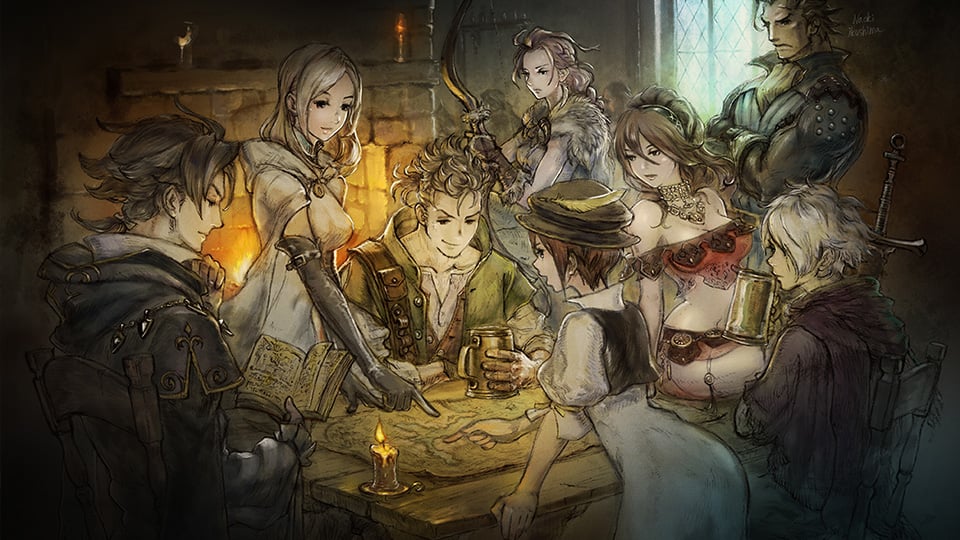 Tales as Old as Time

There’s a suspension of disbelief players need when going through a game, especially so in JRPGs. You accept that such things as magical destinies and coincidental meetings work as necessary parts of the narrative. Octopath certainly does that, but the way it does so is nothing short of captivating.

Octopath’s main cast embodies a host of classical dramatic archetypes and hooks: wistful youths, dashing rogues, and fallen nobles. There’s a charming simplicity that comes with getting to know these characters. The writing does a stellar job of establishing their personalities and what motivates them to venture out into the wider world. Like Frodo Baggins and Luke Skywalker, Octopath‘s cast is so sincere and genuine that you can’t help but cheer for them.

These characters have existed in countless JRPGs but never in quite this format. The standard JRPG would have you form your party along a linear narrative, gaining members as you progress. However, Octopath’s unique premise gives the player the agency to follow the narrative as they see fit. While there’s something to be desired in regards to party interactions, each character does a wonderful job of building the world in and around them.

Presentation is always an important factor in video games and Octopath has it in spades. While the use of brown tones may be a tad overbearing, the game’s use of 2.5D scenery and orchestral soundtrack are incredibly effective. Every screen feels like a scene from a well-crafted play, further reinforcing the classical storytelling beats. Octopath’s aesthetic is one that embraces the old by shaping it with a modern aesthetic. 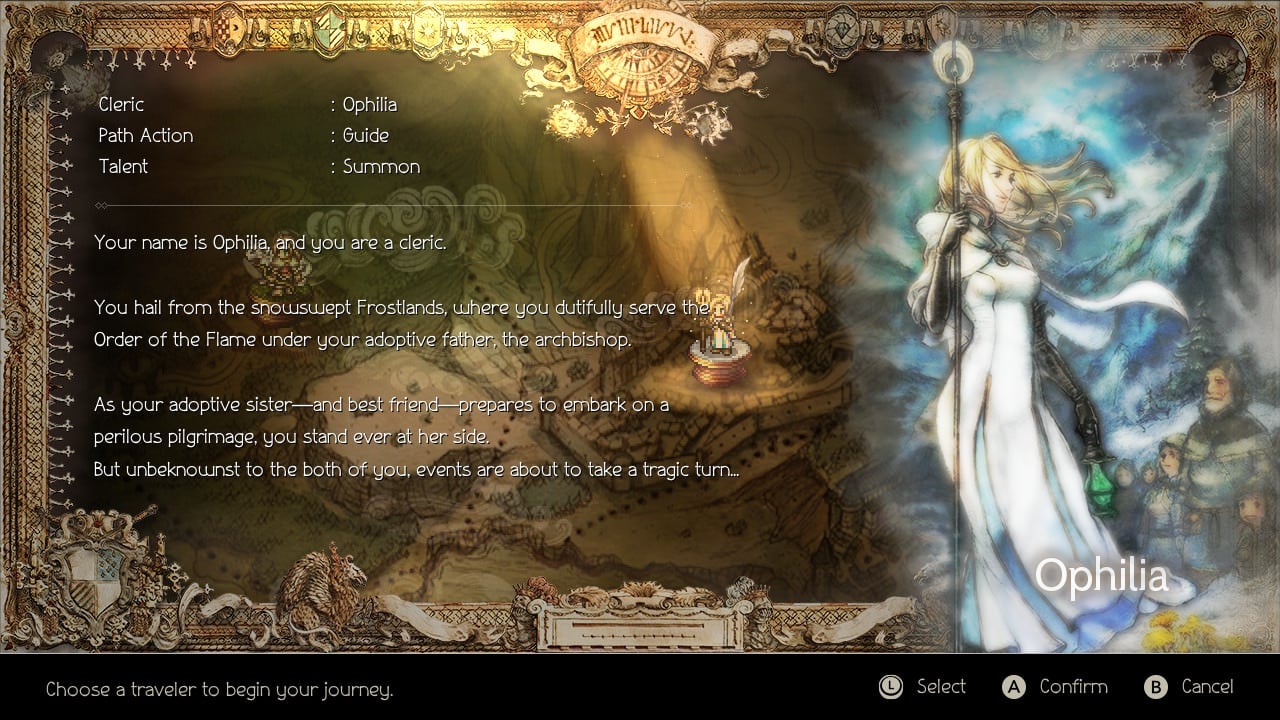 In much the same way, Octopath‘s gameplay riffs off the JRPGs that came before it. Combat is fast, fluid, and tactical, removing much of the slog that comes with turn-based combat. A large part of that comes from the Bravely Default-like action system. Units can store up “BP” to perform multiple weapon attacks in one turn. This directly synergizes with the “Break” mechanic, allowing players to stun enemies if they hit their vulnerabilities enough times. Proper planning and use of BP can effectively turn the tide of battle in your favor.

Octopath implements a host of mechanics to give the player an impressive amount of agency over the flow of combat. Perfect example: this is one of the few times a “Defend” option offers utility beyond mitigating damage. Defending with a character, in addition to blocking damage, allows their next turn to come sooner. Depending on the situation, it may be more prudent to defend and disrupt a strong enemy with a well-timed Break.

The most subtle, yet effective change lies in how Octopath leads the player into thinking about strategy. Many JRPGs (and RPGs for that matter) often give you a mess of numbers to scrutinize and optimize. On the whole, numeric values have either shrunk or been contained, and the results have ultimately worked in the game’s favor.

As mentioned earlier, Octopath riffs on Bravely Default‘s action system. However, the key difference is that Octopath doesn’t allow the player to go into “negative BP”. This was possible in Bravely Default, allowing players to stack up multiple actions at the cost of missing the appropriate amount of turns. While this was interesting in theory, in practice it felt annoying to have those characters unable to act. Octopath limits BP spent to only be when the points are available, thus maintaining the player’s freedom while removing the potential to lock their actions out. 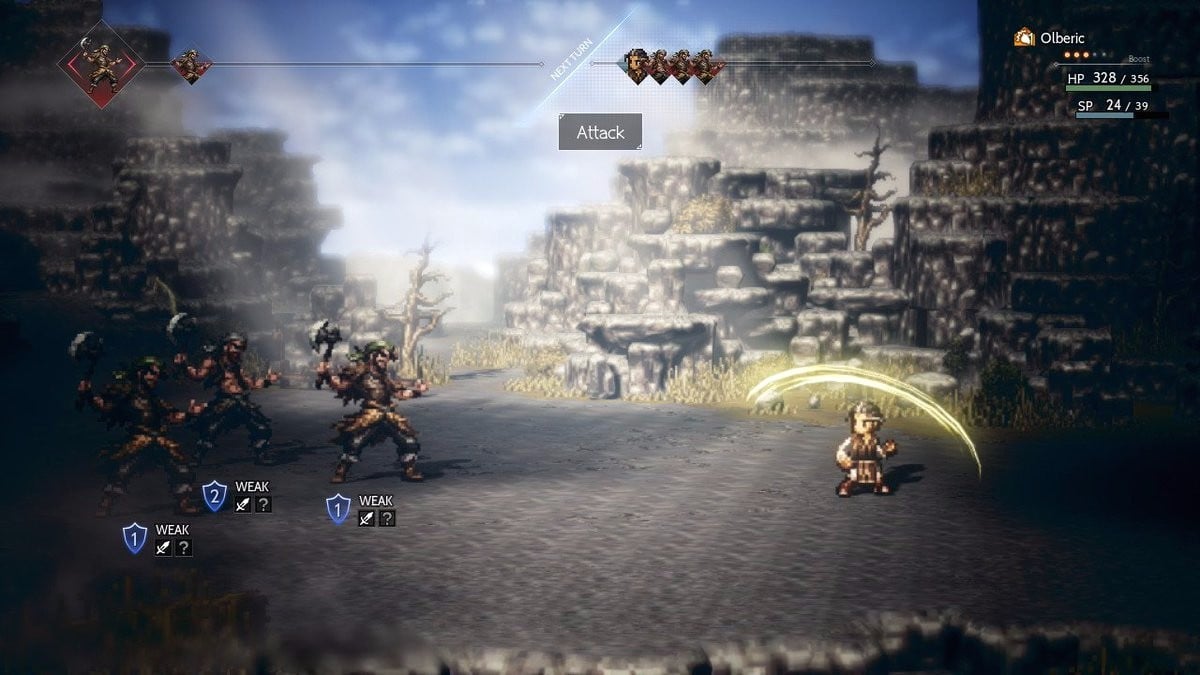 Embark on Your Octopath

Octopath includes a slew of minor quality-of-life changes that bring a fresh spin on tired tropes. Things like unique job interactions with NPCs and hidden weaknesses revealed through time or combat, to name a couple. Everything about this game oozes personality and polish.

In a small three hour demo, Octopath Traveler has done an incredible job at showing all that it has to offer. It’s a game that respects the ones to come before. It embraces what made them great while recognizing their flaws. Every JRPG may improve on its predecessors in small ways, but Octopath is shaping up to be a game that reinvigorates a well-worn genre. 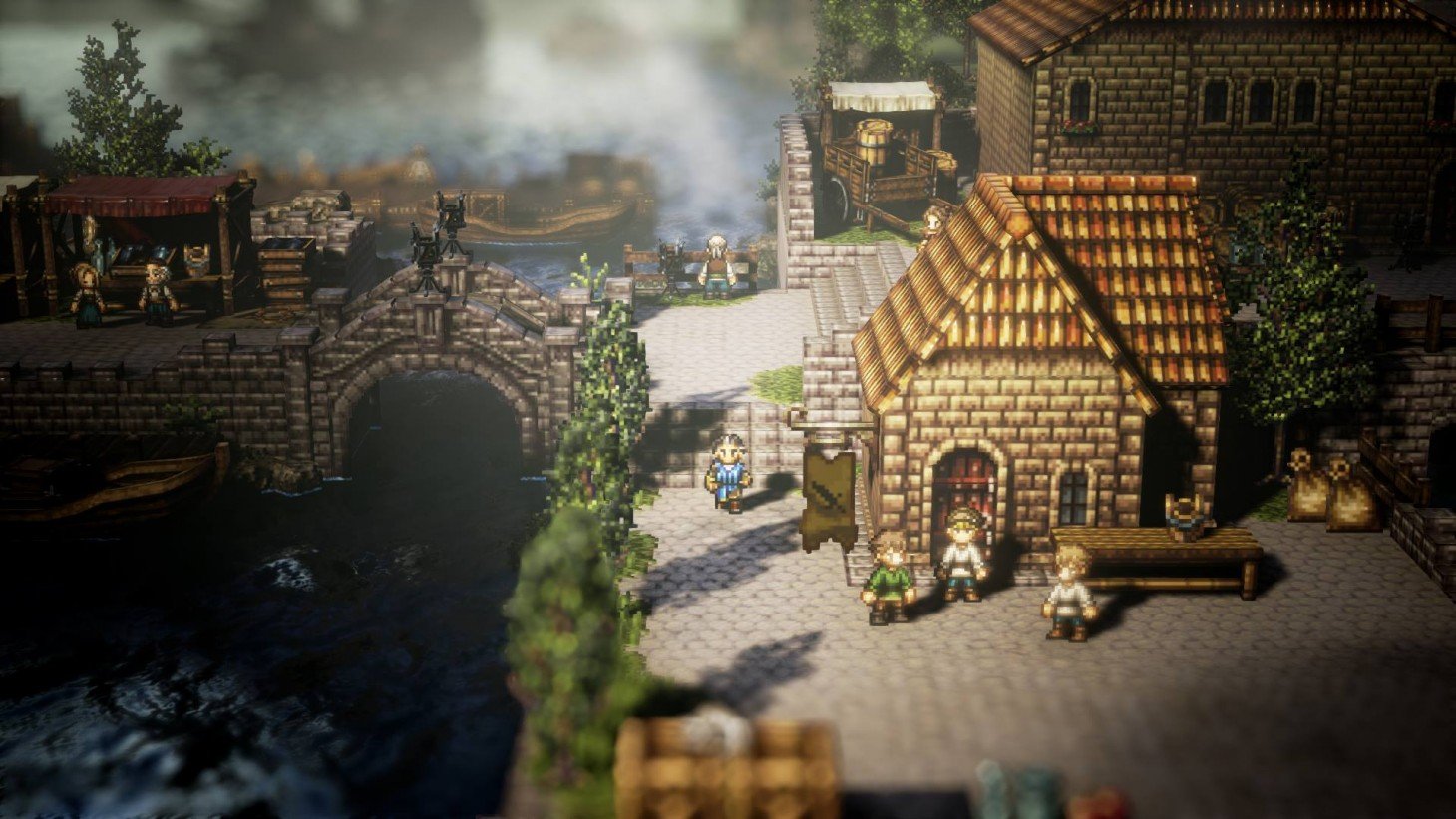 ‘Octopath Traveler’ hits the Nintendo Switch on July 13th. The three-hour demo is currently available on the eShop and will carry over progress into the full game.