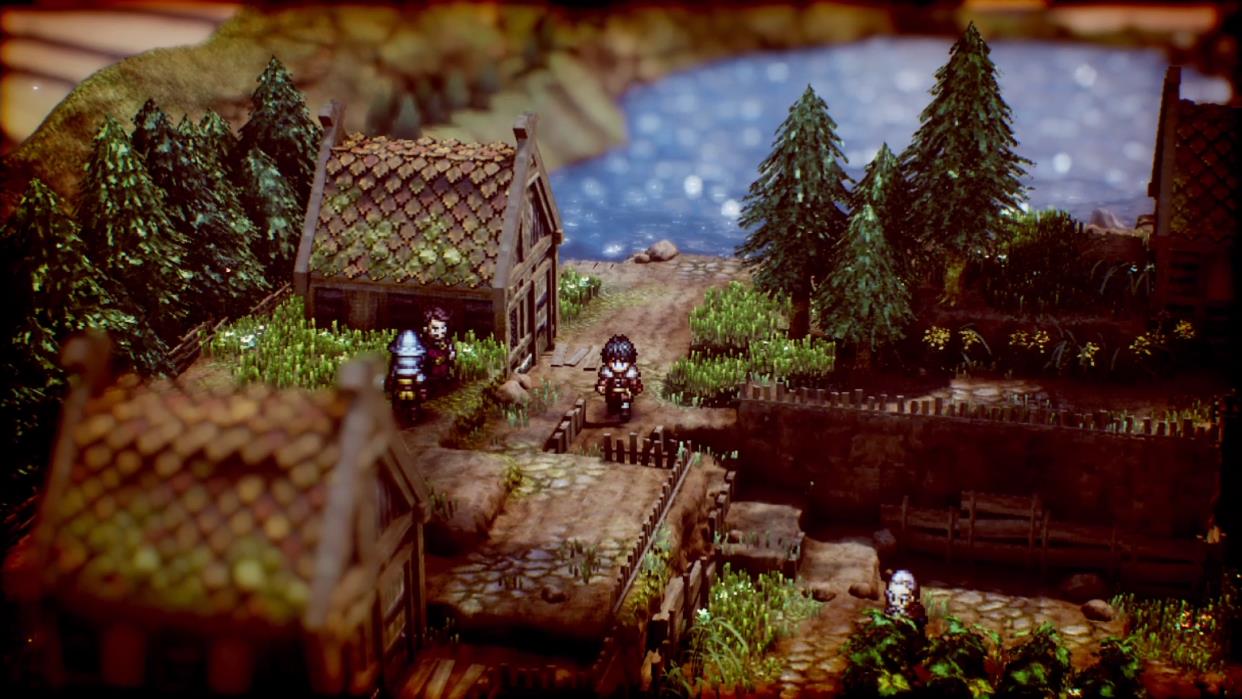 This week on the NXpress Nintendo Podcast, Cameron Daxon, Marc Kaliroff, and Campbell Gill share their thoughts on some of the biggest recent Switch releases and look ahead to the inevitable Game of the Year. Cameron and Marc kick things off by sharing their early impressions of Triangle Strategy, the latest brilliantly named HD-2D experience from Square Enix. The question soon arises: is Triangle Strategy poised to be the long-awaited spiritual successor to Final Fantasy Tactics, or is it more like the Silmarillion of the strategy genre? Its extraordinarily slow pace and exposition-heavy dialogue might make the hosts’ eyelids heavy, but they hold out hope for it to pick up the tension later in the campaign.

The show takes a detour to a therapy session as Campbell airs his grievances about the extraordinarily disappointing action game, Aztech Forgotten Gods. This game might have demonstrated so much potential back in its early announcement trailers, but the finished product squanders all its ambition through a dreary open world, rough combat system, and an excruciatingly heavy-handed narrative. And that’s not mentioning how hideous it is on Switch–take a look at the screenshot at the bottom of this post to see the horrors for yourself, although we take no responsibility for any trauma that may ensue.

After all the disappointments in the show so far, the hosts cleanse their palattes to discuss what is sure to be 2022’s greatest game, Kirby and the Forgotten Land. Cameron, Marc, and Campbell sure have a mouthful of praise for the game’s recent demo on Switch!