Not so Final Fantasy is a tri-weekly column dedicated to all things Final Fantasy; from specific aspects of specific titles, to the universal features that set Square Enix’s inimitable JRPG series apart from the rest.

Three weeks ago, I began the tremendously difficult if enjoyable task of trawling through every mainline Final Fantasy OST and selecting my favourite track from each in an effort to create a definitive (entirely subjective) list of the very best music to ever grace the incomparable series.

In the interests of manageability, I decided to split the list into two parts. The first focused on the early days of the near 30-year-old series, celebrating composer Nobuo Uematsu’s extraordinary work on Final Fantasy’s I-VII; while today our attention switches to numbers VIII-XV and marks the end of our musical voyage.

Perhaps its sentimentality talking but, for me, Final Fantasy VIII boasts one of the finest video game soundtracks of all time; one that’s second only to its illustrious forbear within the Final Fantasy series itself.

I adore ‘The Extreme’, ‘Balamb Garden’, ‘Shuffle or Boogie’, ‘The Man with the Machine Gun’, ‘Force Your Way’, and countless others, finding myself immediately transported back to childhood if I so much as hear the opening note to any one of these tracks. However, if I had to identify an outright winner in the Final Fantasy VIII OST sweepstakes, it’d be ‘Liberi Fatali’.

My ten-year-old mind was blown away by the unadulterated pageantry of the game’s opening cinematic, of which ‘Liberi Fatali’ played a significant part, the first time I booted it up: the bewildering vignette of images that flooded my old CRT screen, accompanied by this enthralling and haunting tune, left me in no doubt whatsoever that what I was about to witness would be something truly special.

Like ‘Dancing Mad’ or ‘One Winged Angel’ before it, there’s an insidious undercurrent to ‘Liberi Fatali’ that, coupled with a slightly more frenetic pace, hints at the surreal nature of Fantasy VIII’s progressively chaotic, obtuse plot, producing one of the most memorable pieces of music in the entire series as a result. 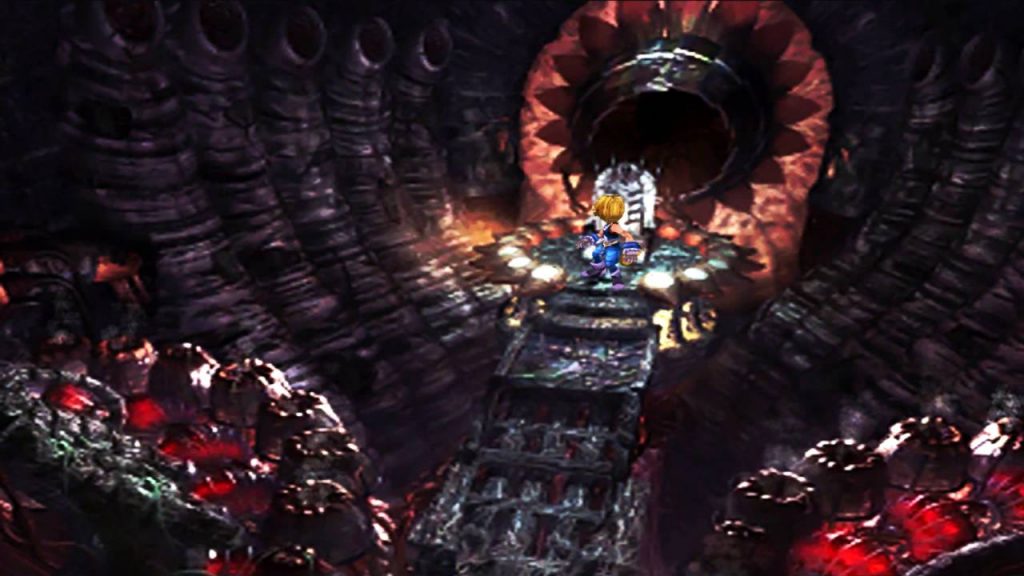 Beneath its wholesome, fairy tale exterior, Final Fantasy IX is actually quite a mature game, dealing with complex themes like identity, mortality, and the ethics of cloning. The game’s soundtrack tells a similar story with ‘You’re Not Alone!’ serving as a prime example, amid a number of breezy and uplifting tracks such as ‘Border Village Dali’ or ‘Secret Library Daguerreo’, of the darker themes FFIX weaves into its compelling narrative.

Short yet memorable, by virtue of its melancholic, almost pessimistic melody, ‘You’re Not Alone!’ plays during one of the most significant moments of the entire game when (spoiler alert) Zidane discovers he isn’t human after all, but a clone created by the villainous Garland as part of his convoluted plan to revive the ancient planet of Terra and its dormant inhabitants.

Distraught and uncertain following this revelation (well, you would be) Zidane tries to distance himself from his friends whose compassion he no longer feels he deserves, before engaging in a succession of suicidal battles as he contemplates the meaning of existence. Only to be rescued from the brink of despair by his loyal companions whose concern and tough love makes Zidane realize that, regardless of his origins, he is still one of them and life is very much worth living.

When viewed through the lens of Zidane’s inner turmoil, ‘You’re Not Alone!’ thus gains an even greater degree of poignancy that raises this already fantastic piece of music above every other track on the Final Fantasy IX OST.

As someone who still routinely listens to ‘Hard Rock Hallelujah’ – Iceland’s preposterous but undeniably catchy winning entry to the 2006 Eurovision Song Contest – ‘Other World’ ranks highly on my list of the best tracks Final Fantasy X has to offer. Even so, in a game that’s absolutely flush with fantastic music, it’s hard to look much further than ‘To Zanarkand’.

Again, like ‘You’re Not Alone!’, context is very important here. The first time we hear ‘To Zanarkand’ is at the very beginning of the game during a short introductory cinematic. As the gang sit pensively around a small fire somewhere on the outskirts of Zanarkand, unremittingly bland protagonist Tidus invites the player to listen to his story, the tinge of grief that edges his voice hinting at the tragic revelations that have so recently befallen the party, whilst the opening bars of ‘To Zanarkand’ begin to play quietly in the background.

A poignant, sorrowful ballad matching the group’s sullen mood, ‘To Zanarkand’ almost seems to reminisce about simpler times and past happiness. Yet, amidst the sadness, there are subtle notes of optimism that mirror the glimmer of hope the individual members of the party – Tidus, in particular – still cling to in their desperation.

Because of this, ‘To Zanarkand’ is more than an ode to maudlin sentiment in this crucial moment: it’s a reminder, to both the characters and the player, that no matter how dark the night, dawn will always come.

Although I’ve never played Final Fantasy XI myself, I’ve long admired the game’s soundtrack – the two-and-a-half-hour OST and the countless hours of new music introduced via the game’s subsequent expansions.

‘Castle Zvahl’, ‘Mhaura’, ‘Recollection’, ‘Heaven’s Tower’: Final Fantasy XI features a procession of magnificent orchestral music that’s every bit as good now as it ever was. Standing head and shoulders above the rest, however, is ‘Repression’.

The solemn, almost devotional melody, punctuated now and again with the chime of bells and what I would describe as a kind of instrumental chanting, capture the evocative, high-fantasy backdrop of the world of Vana’Diel itself; whilst the deep, steady central rhythm conveys a sense of Final Fantasy XI’s incredible scale and diversity. To me, it almost sounds like an orchestral hymn to the series first MMO.

Yet ‘Repression’ is probably most famous as a contributor to ‘Memoro de la Stono’ – a truly glorious piece of music and one of the standout tracks from the Distant Worlds: Music from Final Fantasy concerts.

After Final Fantasy XI, the series’ previously immaculate soundtracks suffered a noticeable downturn in quality, only returning to form with FFXIV: A Realm Reborn in 2013. Nevertheless, both XII and XIII boasted a few individual pieces that are more than worthy of the Final Fantasy name; none more so than FFXII’s ‘Esper Battle’.

Triggered when the party confront any of the game’s numerous, semi-divine summonable creatures, ‘Esper Battle’, like so many of the series’ most aurally impressive scores, exudes grandeur.

The steady drum beats that herald the beginning of the composition give the player a clear sense of the enormous size and strength of their overwhelming opposition; formidable creatures who’re more often than not comparable in scale to the average three-bedroom family home. The incessant, rhythmic chanting of the choir, meanwhile, possesses a reverential air that hints at their divine origins and otherworldly appearance, making each of these relatively infrequent encounters feel that much more momentous.

‘Esper Battle’ so perfectly encapsulates these monstrous beings and the inherent difficulty of winning them to the player’s cause through battle, I’m fairly certain you could transpose it onto a similar encounter in any of the previous games and it wouldn’t feel even remotely out of place. 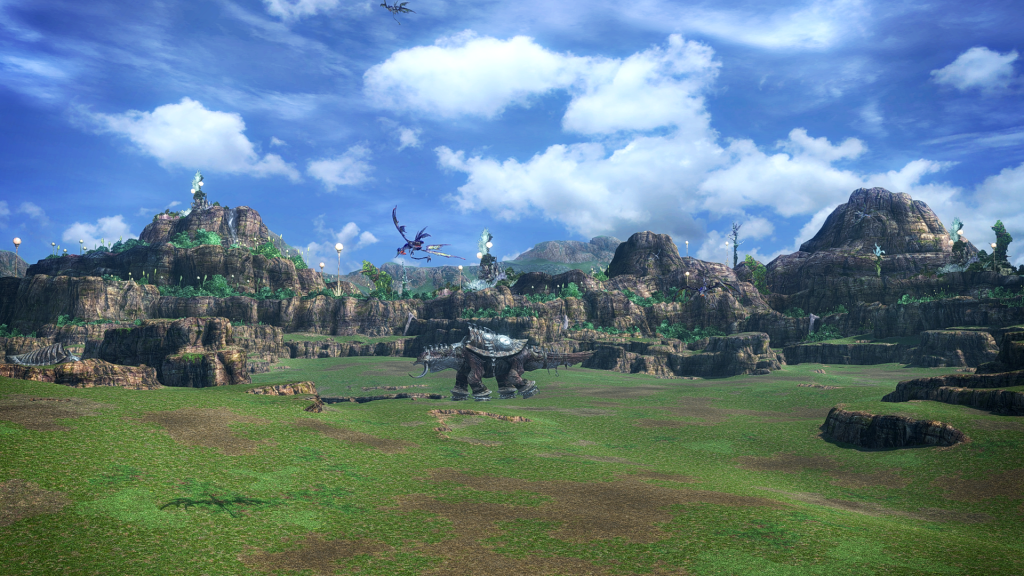 In stark contrast to the pure majesty of ‘Esper Battle’, my favourite track from Final Fantasy XIII is a cheerful, upbeat piece of music that accompanies the party as they explore the extensive open plains of Gran Pulse’s Archylte Steppe.

If I’m being totally honest, it’s far from my favourite Final Fantasy overworld theme. However,  I think it says as much about the unwavering quality of the previous soundtracks as it does ‘The Archylte Steppe’ as a composition.

I mean, apart from the overarching positivity, there’s a freshness to ‘The Archylte Steppe’ that puts the player in mind of a warm summer’s day in the countryside: rambling through fragrant meadows and verdant copses, surrounded by the smell of flowers in bloom and the heartening sound of birdsong. Whilst, within the context of the game itself, its relaxing tone and gentle melody lessens the monotony of scouring the sprawling grassland in search of the party’s next hunting contract.

Therefore, all things considered, ‘The Archylte Steppe’ is worthy of inclusion in any summer playlist, whether you’re a Final Fantasy veteran or just someone who appreciates a pleasant orchestral score.

Final Fantasy XIV boasts one of the most consistently brilliant soundtracks of any game in the series, having been augmented over the years, like FFXI before it, by countless DLC expansions and the enchanting music that accompanies them.

That being the case, identifying a clear favourite from a tracklist as huge and impressive as Final Fantasy XIV’s was exceedingly difficult. But I managed it, in the end, opting, after hours of humming and hahing, for the absolutely blissful ‘Sultana Dreaming’.

It’s quiet and understated, with a wistful undertone that sounds like the prelude to a particularly emotional scene in a Pixar film – I can easily imagine it playing during the flashback sequence in Up, for example, or during the moment Buzz Lightyear comes to terms with his plastic existence in Toy Story. But more than anything else, ‘Sultana Dreaming’ is just really relaxing.

The kind of music you’d expect to hear when visiting Kalm, Winhill, Dali, or any of the Final Fantasy series’ quaint, leafy villages or out-of-the-way towns, as the party take a much-needed break from saving the world to unwind and prepare for the next leg of their physically and mentally exhausting journey. 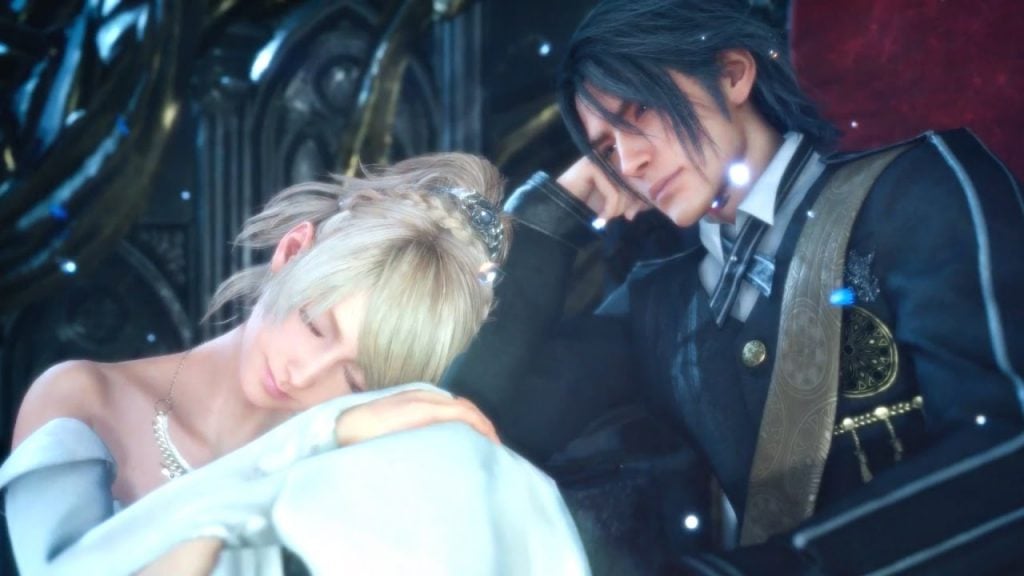 After an extremely promising first half that looked for all the world as if it would herald the return of the series’ golden age, Final Fantasy XV quickly fell apart. The combat became repetitive and simplistic, the story a disordered mess, the characters grating, and the world a laborious chore to explore (notwithstanding the gorgeous graphics) as the game progressed towards an underwhelming climax.

Thankfully, the soundtrack didn’t tail-off in the same way, remaining the one true highlight from start to finish. ‘Wanderlust’ is an early favourite of mine, managing to be both restful and galvanizing in equal measure, while ‘Veiled in Black’ distinguishes itself as another sublime Final Fantasy boss battle theme and ‘Noctis’ effortlessly conveys the protagonist’s internal anxieties. None of them, however, are quite as entrancing as ‘Prayer de Luna’.

With a humble refrain and hymn-like melody perfectly suited to her status as a mystical Oracle/former Princess, and a sombre undercurrent a la ‘To Zanarkand’ symbolysing the tragic fate of Noctis’ bride to be, ‘Prayer de Luna’ is one of the most evocative and identifiable tracks in the entire game.

It’s just a shame Square Enix was unable to match composer Yoko Shimomura’s exceptional work when designing XV’s story, characters, and core mechanics: XV would have been one hell of a game if it could.

And that just about wraps things up. Once again, your thoughts on this admittedly subjective topic would be most welcome, so feel free to leave a comment below.

Thanks for reading and be sure to come back in another three weeks when the topic of discussion will be Final Fantasy XV and how it (almost) captured the spirit of the series’ golden age.