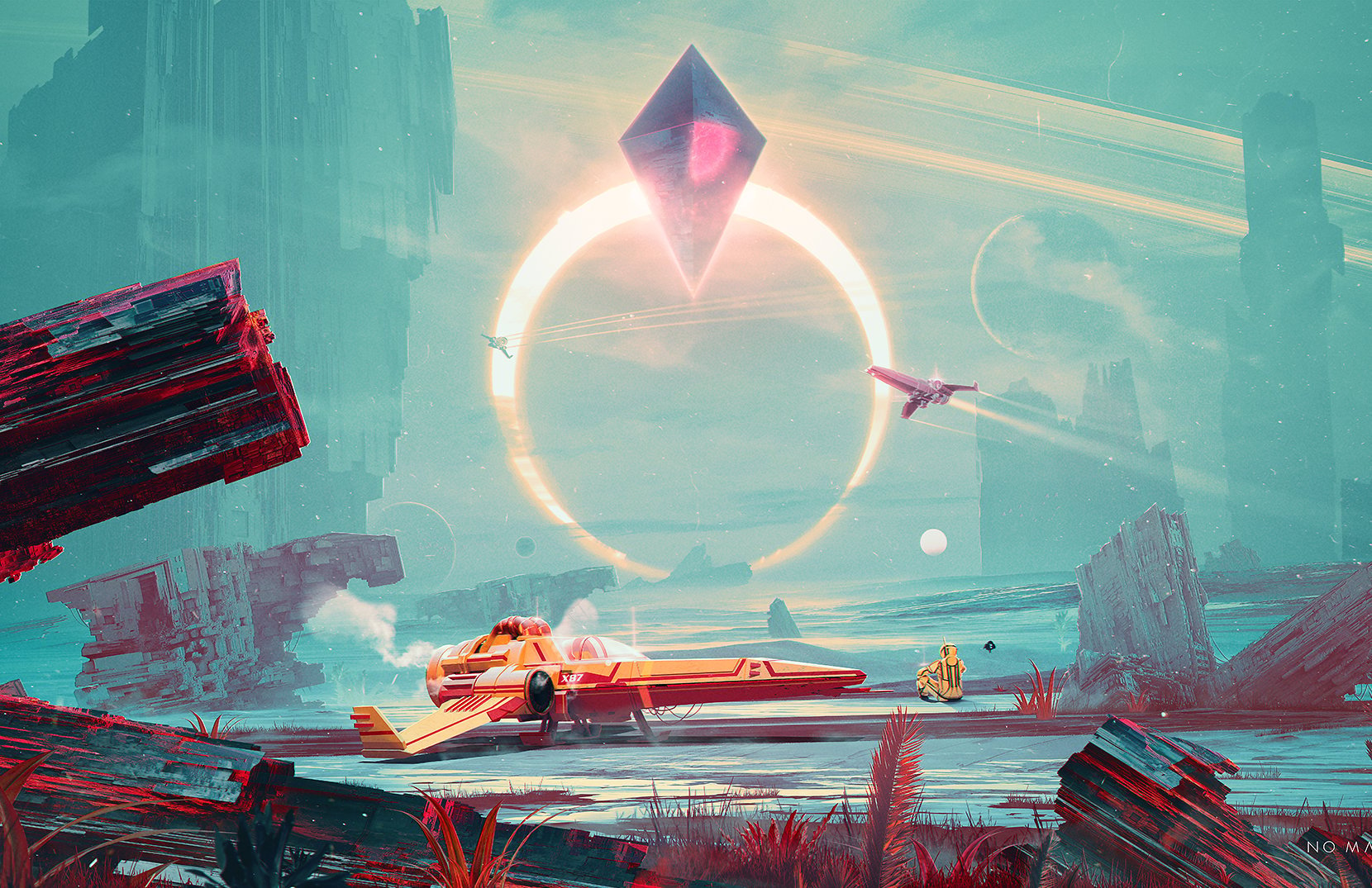 We knew the massive scale of No Man’s Sky prior to its release, but now that we see it ourselves it can be overwhelming. I’ve logged just under six hours with the game and my mind can’t even begin to wrap around the impossible number of planets and galaxies to discover.

If you are like me, you want to go into a new game blind, meaning no tips, hints, Youtube videos, or asking friends for help. However, NMS is so big and intimidating at times that some useful tips can only help your exploration. Here are five tips I’ve gathered from my early playing experience. 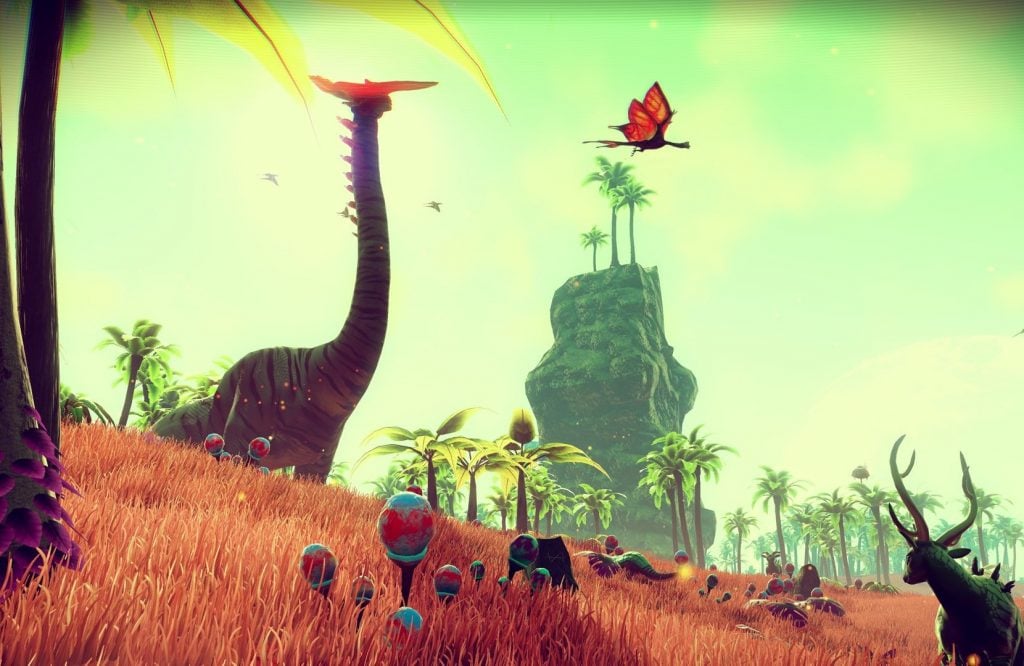 One of the first things you need to do in NMS is repair some equipment. One of those is your analysis visor, which is used to gather information on undiscovered organisms. Don’t walk past a creature or bizarre-looking plant without scanning it. It’s an easy way to collect units, the game’s currency. Not only do you rack up units but you also get to rename them. That’s definitely a fun aspect in itself. I’ve spent so much time thinking of those clever names before thinking is anyone ever going to see this?

2. Collect, Repair, and Sell
There are so many objects to gather and they all serve purposes. Valuable collectibles and rare elements are just some of things you can gather. Collect as much as your inventory can take. Every planet has elements, tools, and new technology to learn. Use the elements to repair weapons, life-support system tools on your ship, and more. Every five minutes or so I had life-support to repair or needed to recharge my mining tool.

You do have a limit on the things you can collect. Find trading posts on planets and sell some of what you’ve collected to get units. If a trade post is not in range, discard some of the more common elements. Don’t be heartbroken about discarding your excess carbon, iron and other common elements. There will be plenty more. 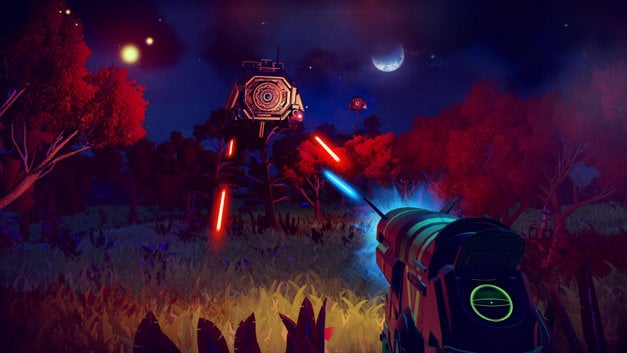 Yes, you are an explorer, but you are also a thief. Machines called Sentinels police the planets to keep order in the ecosystem. They constantly hover around making sure elements are in their right place. In other words, they don’t like it when you take things that don’t belong to you. If they see you mining, they may start attacking you. Run and hide when that happens and don’t attack them. The default weapon is not very powerful and if you fail to kill them quickly, more will come. Destroying the Sentinels isn’t especially rewarding anyway. Elements such as titanium do flake off the dismantled robots, but those can easily be found mining.

Be aware of aggressive animals. Most of the creatures I’ve encountered are docile, but the aggressive ones will attack you. Again, run when that happens. I’ve yet to be run down by any animal, and when I decided to attack I spent a lot of my Boltcaster ammunition. No Man’s Sky is a survival test and avoiding confrontation can keep you alive.

4. Follow the Atlas Path
Remember that decision you made early in the game about following the path of the Atlas or act as a free explorer? Turns out that’s an important decision. Following the Atlas is the faster track towards the end of story. Even in the game’s early development stages, future players knew the main goal is to reach the center of the universe. A task that creator Sean Murray made very difficult, but the best route to that end goal is the Atlas questline. Following this is simple. Just do the tasks suggested to you at the bottom right of the screen. This will eventually lead you to an Atlas Pass that opens the game even further. 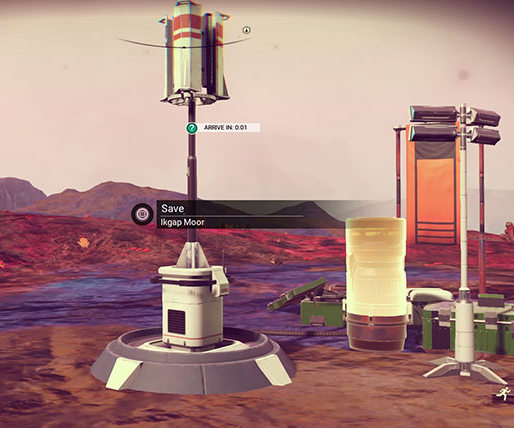 No Man’s Sky does not have an automatic save feature. Saving requires you to interact with various checkpoints that you’ll find at trade-posts, shelters, and drop zones. There are plenty available, just don’t forget to interact with them. The game has crashed on me three times, and I hadn’t been saving often before the first few. Unfortunately, many things were as yet undiscovered when I returned. The game also reloads your latest save point when you pick a fight with an AI alien or sentinel and lose.

Let us know if you found these tips helpful or not. I’ll continue to update with more tips as I progress in the game.