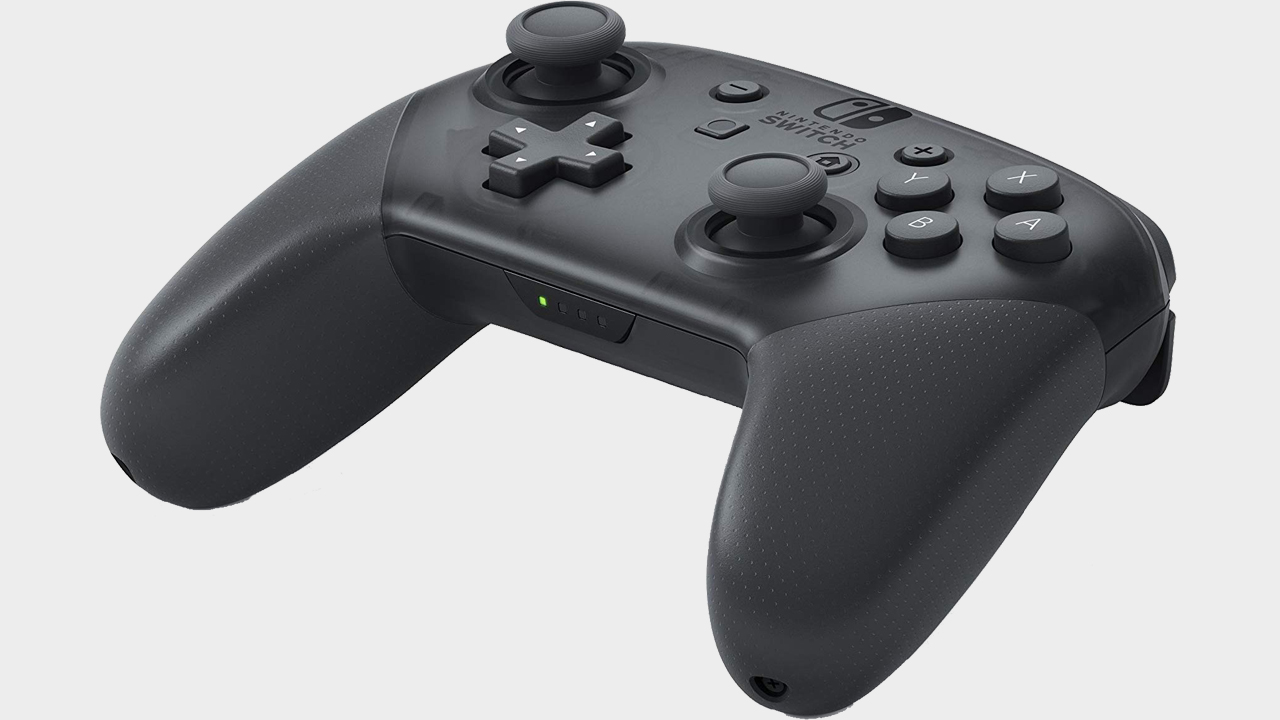 In many ways, Nintendo has been concerned with making its titles accessible long before most other developers started to take the issue seriously. This concern defined the entire Wii era, and even now Nintendo is continuously thinking of new features for its games that lower their barrier of entry. It’s an admirable effort, but one clear avenue for improving accessibility that Nintendo seems to consistently neglect is customizable control options. Allowing players to customize how they interact with any given title is one of the easiest and most effective accessibility features out there, yet Nintendo still implements restrictive button layouts and mandatory motion-controlled mechanics that harm its titles’ approachability. Although it has demonstrated a willingness to improve control customizability in some respects, Nintendo has yet to fully embrace the benefits these options can bring, which often results in bizarre, harmful design decisions for its Switch titles.

Breath of the Wild: Limited Options in an Open Game

Examples of poor custom control options in first-party Switch titles can be seen as early as its biggest launch title, The Legend of Zelda: Breath of the Wild. It’s a beautifully expressive game that grants the player an unprecedented degree of control over Link, yet entering certain shrines will force the player to undergo their biggest trial yet: motion-controlled puzzle sections. These always involve rotating a specific piece of geometry using the horrifically inaccurate gyro sensor, and the player is given no option to use the analog stick instead. Not only is awkwardly spinning the controller generally an unpleasant experience, but certain players may have physical disabilities that make completing these sections difficult or outright impossible. In addition, certain third-party controllers lack motion control functionality, so players who use these controllers and don’t have their Joy-Cons with them are out of luck.

The motion-controlled puzzles are a pointless accessibility barrier that could have been easily addressed, and yet these are not the only custom control issues the game has. Breath of the Wild has extremely limited in-game button mapping features, with the only notable option being to switch the jump button from X to B and the dash button from B to X. Although this feature might help some players, it might not help others who would want to map either dash or jump to, say, the triggers, and that’s not even going into how weirdly specific this feature is. For a game that gives players so much freedom to experience it how they wish, Breath of the Wild is bizarrely restrictive on how it wants players to interact with it.

Super Mario Odyssey is another Nintendo title that is held back by its lack of custom control options. The game adheres strictly to its three-button control scheme, and while this is not a major issue with Mario’s base moveset, it’s with the captures that the problems with this decision rear their ugly head. Since one of the three buttons, the right trigger, is always used to pop out of the enemy or object Mario is currently capturing, all capture-specific actions are mapped to two face buttons, which leads to major problems. For instance, the Sherm capture is incredibly unwieldy to control; it uses a traditional third-person aiming system, and most modern aiming systems use one of the triggers as the fire button. But since players are only given the option to fire the Sherm using a face button, they are required to take their thumb off of the right analog stick every time they want to shoot, which never feels natural. The two-face-button limitation also means that many additional capture abilities have to be mapped to the motion sensor. Being required to shake a two-handed controller just to perform the spin spray with the Gushen or the forward boost with the Bullet Bill can hardly be considered comfortable.

Arguably the most baffling decision made with Odyssey’s controls is that the game will frequently map faster or more useful versions of certain moves to the motion sensor. For instance, players can continue a forward roll by rapidly tapping the Y button, but they can choose to roll much faster by shaking the controller. Similarly, the frog capture can already jump extremely high with a press of the B button, but it can jump even higher with a swift jolt of the controller. To be fair, none of these motion-controlled variants are required for any section of the main game, even some of the trickier post-game challenges. But players are also effectively limiting themselves if they choose to ignore these moves. If a player wants to speedrun Odyssey, the most optimal way to do so by far is through the use of the motion controls, no ifs, ands, or buts. It is a strange instance of gatekeeping through design; many players won’t be able to use these motion-controlled moves without discomfort, but if they don’t use them, they have no chance of competing with other players’ speedrun times or completing certain balloon challenges in Luigi’s Balloon World. If Nintendo let go of its strange three-button restriction and simply allowed players to tweak the controls to their liking, then none of this would have been an issue.

To be charitable, most of Nintendo’s Switch games are good about letting players use motion controls as an option rather than a required feature, even though their button-mapping features are still rather weak. Unfortunately, some of Nintendo’s worst tendencies with control options have returned in full force with the release of Super Mario 3D All-Stars. Being a collection of fairly old Mario games, Nintendo could have ensured that all generations of players would be able to enjoy these classics through robust custom control features, but it instead doubled down on archaic restrictions. None of the three titles offer any way to rebind the controls, to the point where the game initially did not even allow players to invert the camera controls. This was an especially big problem for Super Mario Sunshine, which inexplicably inverted the camera controls from the original GameCube release. In addition, since the Switch controllers do not feature the analog shoulder buttons that the GameCube controller had, the collection required players to use different shoulder buttons to control FLUDD’s water pressure, resulting in a less intuitive experience. Allowing players to use the GameCube controller adaptors that were compatible with Super Smash Bros. Ultimate is an easy solution for players who prefer the old control setup, yet the collection initially lacked such an option. A patch later added the option to invert the camera controls for all three games, and it also added in GameCube controller support, but only for Sunshine. There is no reason that the GameCube controller could not have been implemented for Super Mario 64 as well, or even Super Mario Galaxy given time.

Speaking of Super Mario Galaxy, it’s here where Nintendo’s most confounding control decisions reside. 3D All-Stars’ UK website advertises “optional motion controls,” but in reality that’s only half-true. The collection allows players to perform the spin move and other actions using a button instead of shaking the controller, which does give this version of the game an advantage over the original Wii release. But the pointer, which is one of Galaxy’s core features, is handled entirely using the gyro sensor on docked mode. This by itself is already inferior to the Wii version’s infrared aiming since the pointer is now prone to drifting out of sync, which makes recalibration a necessity when it wasn’t needed before. But it’s made all the more frustrating since the pointer could have been mapped to the right stick to accommodate players who would rather avoid using motion controls. It certainly would be much less precise than using the pointer, but if this option were included along with a button-remapping feature or at least the option to map camera control to the d-pad, it nonetheless would have been a reasonable solution, especially since Galaxy requires much less camera control than the other two titles.

With this option unavailable, it begs the question of how the collection approaches pointer functionality in handheld mode. Unfortunately, handheld mode relegates pointer control to the touchscreen, forcing players to take their hand off of either the face buttons or the analog stick every time they wish to collect distant Star Bits. It’s a stunningly inelegant solution, and although this feature will work just fine for some players, Nintendo should have accounted for the fact that many Switch owners who prefer to play in handheld mode simply won’t find this setup comfortable. And this is not even getting into the fact that the motion-controlled minigames like ray surfing and ball rolling still require the use of motion (or touch controls in handheld mode) even though a stick would likely work better. The fact that so many barriers exist for those who want to play Galaxy comfortably is unbelievably disappointing, especially considering the game’s exceptionally high quality.

It is worth noting that Nintendo has addressed players’ concerns about custom controls to some degree. The Ver. 10.0.0 firmware update for the Switch added the ability to remap and save button configurations in the system settings. Unfortunately, since this button-remapping feature is system-wide, any control changes made for one game will carry over into another, forcing players to go back to the control-mapping menu more times than is really necessary. This system-wide approach also means that players are unable to change any settings related to motion controls aside from whatever options exist in the games themselves, so the aforementioned motion control issues are completely unaddressed. In a final twist of the knife, this custom control feature can only be used for the Joy Cons, the Switch Pro Controller, and the Switch Lite. All third-party controllers are completely left in the dust, which is especially unfortunate in the case of controllers like Hori’s Split Pad Pro, which improves the handheld experience by a considerable margin.

Accessibility in video games has become a topic of significant concern among players and developers alike, and for good reason. Even if certain games might not appeal to certain people, everyone deserves the chance to at least be able to interact with these titles using whatever suits them best. Custom controls may not address every accessibility concern, but it’s remarkable how much a player’s experience with a game can improve through such a simple addition. Many developers have taken great strides to accommodate players from all walks of life through custom controls, but Nintendo is frustratingly behind the curve in this regard. The limitations Nintendo places on its custom control options feel arbitrary at best, and although the company does deserve respect for continuously thinking of new ways to accommodate new players, it’s strange that they seem to almost always forget about this tried and tested feature that takes relatively few resources to implement. Nintendo prides itself on making games for everyone, but that won’t truly be the case unless it adopts these control options in earnest.