Today Nintendo released an hour long presentation in regards to their latest console, the Nintendo Switch. Whilst not as much information was given as expected, there are some elements of its specifications that are worth highlighting. 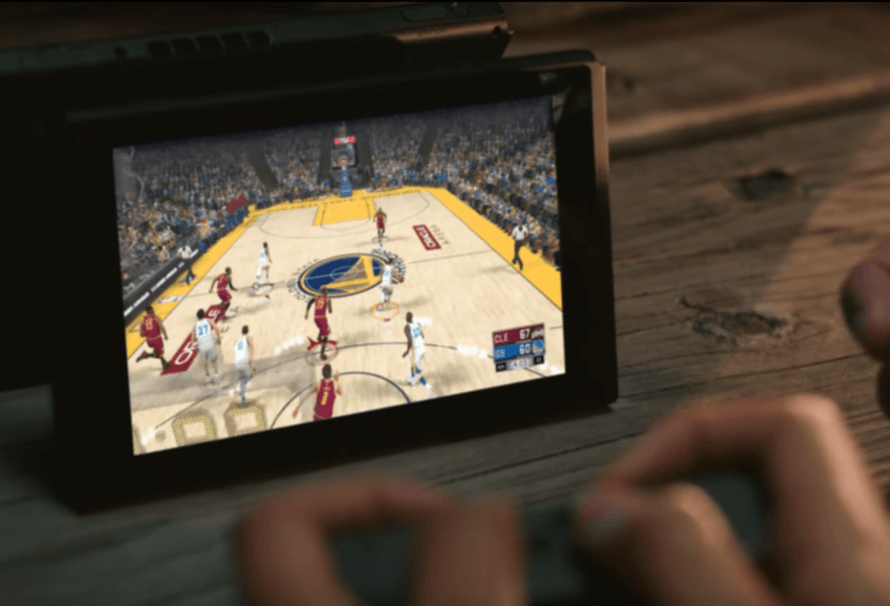 TV Mode: The standard way to play. You plug the system into the television via a USB port, the device acts much like a controller and you can enjoy your Nintendo from the comfort of your home.

Tabletop Mode: The joy-cons can be removed from the device to act as two controllers. There’s a kickstand on the back to allow the screen to stand upright so you can play on a table with friends.

Handheld Mode: The joy-cons can attach to the sides of the screen to become a handheld. Now you can play on the move.

Probably the strongest aspect of the Nintendo Switch, although questions regarding the performance of the device after it switches from TV mode to handheld mode haven’t been answered. If it can hold up to a high performance, it’ll be an amazing accomplishment.

How Long Can It Last?

The battery life was very vague at 2.5 to 6.5 hours. To give that some comparison, the Nintendo 3DS had a battery life of 3 to 7 hours. This is a huge step backward for Nintendo, as the device was marketed heavily for its handheld ability.

It’s important to take the lowest battery performance as the indicator. The 2.5 hours battery life will be for its biggest, most performance-demanding games. The Legend of Zelda: Breath of the Wild will be in that region. To put it into perspective, the Nintendo Switch wouldn’t last from a flight from London to Warsaw.

A Lot of Joy with the Joy Con

Much was already revealed previously with the joy-con. However, now we’ve seen it in the palm of a person’s hands, it is looking an awkward fit for anyone with giant hands. These joy-cons are an important part of the tabletop mode, therefore become an important part of the multiplayer aspect of the Nintendo Switch. Their ability to be used will be shown in the events to come, where fans and media can trial the device. 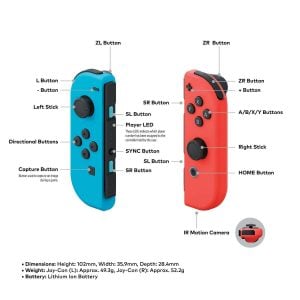 The most exciting aspect of the joy-con is its Wii-like motion sensors. This brings the multiplayer aspect to life and was shown in the presentation being used in upcoming games 12 Switch and ARMS. The sensor’s ability was shown with an ice cube in a glass analogy, which was a little confusing but sent the message of how sensitive the joy-con can be.

The joy-con can also scan Amiibo figurines, revealing a crossover from the Nintendo 3DS. This indirectly proposes the opportunity for games such as Animal Crossing to be released sometime soon, as Amiibo became a large aspect of the game. There’s also the potential for Amiibo to become bigger and filter into many other games, such as Super Mario Odyssey.

The hybridization of many of Nintendo’s consoles into the Switch makes it an exciting prospect, but also many opportunities for it to slip up. Whilst the motion sensors from the Wii are exciting, the Nintendo DS handheld style remains ambiguous. The joy-cons slide onto the sides of the screen with ease, but as they’re both the same controller, the button system in handheld seems a little odd. At least it looks odd. There will be a touch-screen, but how that will work and enhance gameplay is not yet known.

The Nintendo Switch can connect locally with up to eight devices. This brings a lot of potential for multiplayer gaming, and it should be expected in the future to reveal some creative multiplayer games to exploit this. There’s also WiFi for connection with people across the world, much like the Nintendo 3DS already does.

Nothing new was really shown. There’s been no specifics, and nothing numerical. The crucial information was in regards to the joy con, which we already knew from the initial presentation last year. The Nintendo Switch has a lot of potential but Nintendo doesn’t seem to have sold it particularly well.

The Treehouse event at 9.30 EST will reveal much more of the gameplay, which will help to highlight how far the specifications of the Nintendo Switch can go. But the poor battery life leads to its marketing strategy coming up a little lackluster. Good software sells hardware, so the Treehouse event needs to be pitch-perfect.