Even before the Nintendo Nindies” showcase this afternoon, it’s been apparent that indies are going to be essential to the Nintendo Switch’s success this year. Most third-party publishers are still–understandably–reeling from the Wii U’s failure to launch in the console space. Some have decided to put their neck on the line for Nintendo again (Square Enix, Konami, SEGA, etc.), but for the most part, the Switch is looking at a year bolstered by first party titles and tons of indie support. And you know what? That’s not necessarily a bad thing.

The indie gaming scene has exploded over the past few years. Games on a smaller budget–and for a smaller price–have proven themselves to still be able to provide premium gameplay experiences. There are critical darlings like Shovel Knight and Owlboy, massive successes like Undertale and Stardew Valley, and even quality R-rated games like HuniePop that have developed devoted followings amongst segments of the gaming community. In some cases, indie titles have even been ranked on Game of the Year lists by major gaming sites right next to the AAA offerings. The impact and growth of independent game developers and studios lately can’t be overstated.

So, in a year when major third parties are hesitant to trust Nintendo with their IPs, the company had to devise a strategy to avoid the months-long gaps between game releases that plagued the Wii U so heavily through its lifecycle. Their plan: Make the Switch primarily a Nintendo/indie machine for its first year, spur sales on that premise, and be successful enough to convince major/Western third parties to hop aboard.

Indies are a surprisingly natural fit for the Switch. Most are shorter experiences or suited for short gameplay sessions, attributes perfect for the Switch’s mobility. They also (generally) take up much less space than typical game downloads, something vital to their viability on the 32gb system. Most importantly, though, having a steady stream of cheap, new content regularly (every week according to the direct) is going to be a major boost to the system once ridiculed for having “no games.”

Speaking of games, the showcase highlighted a bunch of them. Nintendo was so confident in their lineup, in fact, that they didn’t even spend time on FAST RMX, The Binding of Isaac: Afterbirth+ or Snake Pass, all previously-announced indies coming to the Switch in March. Instead, they opened the show with the huge unveiling of Image & Form’s latest game, SteamWorld Dig 2. A far cry from the pacing and content of Nintendo’s live January event, the heavily produced presentation kept the games coming one after another. The titles spanned various genres; fighting, strategy, platformers, action, RPG, roguelike, you name it. Nintendo also clenched both console and timed exclusives, key victories in establishing the Switch as an indie machine. Some especially strong looking titles included Blaster Master Zero, a retro title due the week after the Switch’s launch; Flipping Death, a Tim Burton-esque puzzler; Shakedown Hawaii, a spiritual sequel to Retro City Rampage; and Tumbleseed, a beautiful procedurally generated “rolly roguelike.” 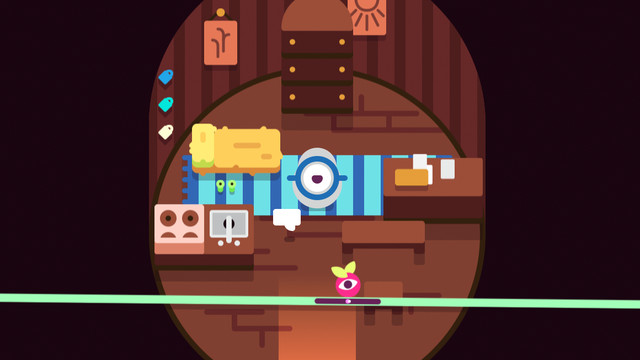 Nintendo started forming close bonds with the indie community with the Wii U and 3DS, but the infrastructure wasn’t as accessible as it could’ve been. The Switch is looking to close some of those gaps with the adoption of Unity (Last Station, Oxenfree, Hollow Knight) and Unreal Engine 4 (Snake Pass, Street Fighter V). Aside from making it easier to develop for the console in terms of engine, Nintendo is also making it easier in relation to development cost. It’s been revealed that Nintendo Switch dev kits are a paltry $450, a vast difference from the PlayStation 4’s $2,500 kit. Of course, the PS4 has a huge install base, so comparing the costs may seem trivial in relation to the projected audiences indies might reach on Sony’s console. Nevertheless, such a cheap price will be attractive to smaller indie studios and one-man dev teams. It’ll also make it easier for indies to bring multi-platform games to the Switch instead of having to choose between two expensive platforms.

Deciding to court indie developers to drive sales and subsequently encourage third parties is a risky decision. On the one hand, indie games have been some of the most talked about games for the last few years, and if Nintendo can premiere one or two that happen to take off in the vein of Undertale or Rocket League, even if it’s not exclusive, could be a great selling point for the system. On the other hand, there’s a distinct demand for certain third party games–Mass Effect Andromeda, Red Dead Redemption 2, the Final Fantasy VII remake, etc. If people are invested enough in those franchises and don’t already have a current gen console, they might overlook the Switch in favor of machines that’ll have those massive AAA games guaranteed.

In other words, the Switch–as it is now–would be ideal for two sets of gamers. The first: those who have a primary console and want a second just to play Nintendo games and/or their favorite indies on the go. The second: gamers who don’t care about traditional third party releases and are content with indies taking their place on the Switch. Do enough people fall into these categories to make the system’s first year a success? Only time will tell, but one thing’s for sure: if Nintendo keeps courting indie devs at this rate, the Switch will undoubtedly become the closest thing to an indie haven this side of Steam.