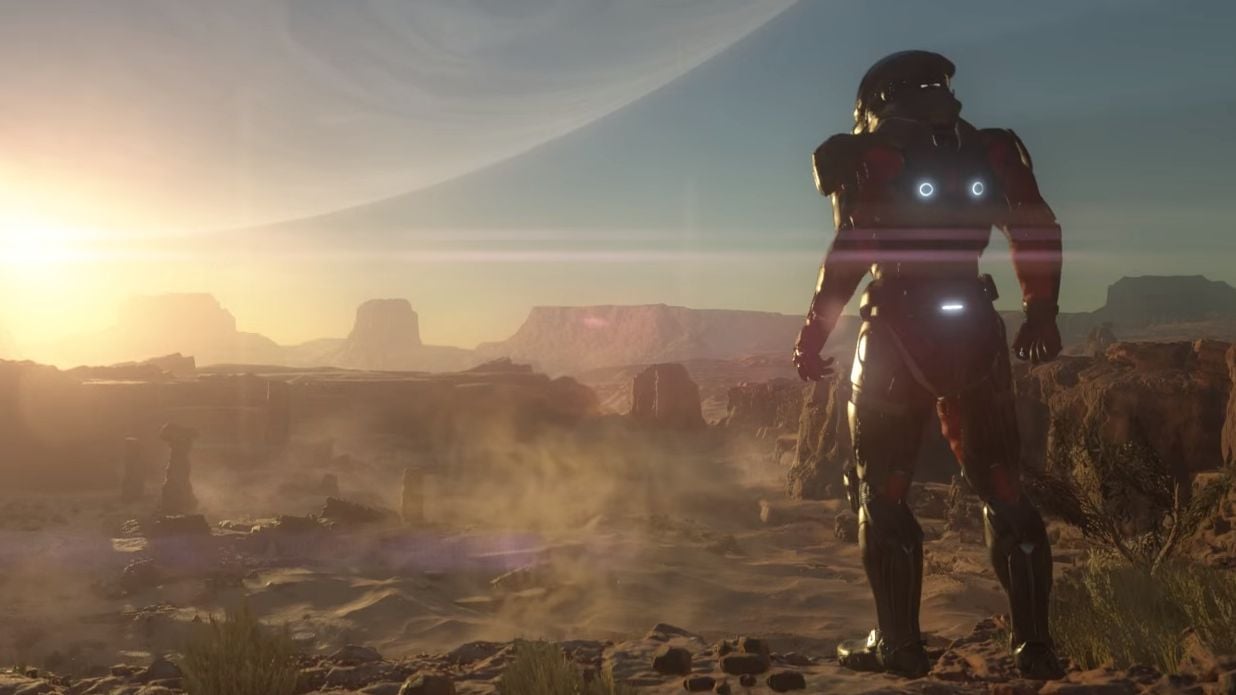 What we want from Mass Effect: Andromeda…

EA has been slowly drip-feeding information about the newest entry in the Mass Effect series for over four years now. We know little about the game so far, but with only four months until launch and the promise of new information on November 7, now is the best time to dream of what could be waiting beyond the stars.

What we know so far is that the game will take place in the Andromeda galaxy, as the Milky Way galaxy’s civilizations attempt to reach out and colonize new worlds. The player will move away from the role of Shepard, the protagonist of the first trilogy, and the game might be set as far as 600 years in the future from the last entry. Regardless of which ending you ended up within Mass Effect 3, this launch into a new chapter of the Mass Effect universe is set to boldly go where no one has gone before. Here are our hopes for Mass Effect: Andromeda.

A Balance Between RPG and Combat elements

The Mass Effect series moved progressively away from RPG mechanics to favour combat. The series has had a “Goldilocks” situation on its hands. The first game leaned too much on RPG mechanics for most players, the third game leaned too heavily on combat, but the second game was just right. This is likely why so many consider Mass Effect 2 to be the highlight of the series. Returning to this balance by taking the combat elements that worked, adding in important decision-making and consequences to the player choices should be a priority for Bioware. The Mass Effect team needs to let bad things happen when poor choices are made throughout the new game, and not only towards the end-game, as they did in the final mission of Mass Effect 2.

Before starting the Mass Effect series, Bioware created the first entry in the Star Wars: Knights of the Old Republic (KOTOR) series. KOTOR is remembered fondly for its drastic morality system that allows the player to undertake actions that ultimately result in them either becoming a powerful Sith Lord, or a noble Jedi Knight. This ties into the first point about RPG elements, as the story of KOTOR and the choices made by the player have consequences throughout the game. While Mass Effect offered a similar “Paragon and Renegade” system, the consequences of these choices could be more drastic. Conversely, the choices could also be less black and white, and offer the player different shades of grey to work within. The story seems to be set in a colonial/wild west type of setting. This could offer an interesting set of choices on how to interact with the beings native to the Andromeda galaxy when the player’s character is far from their element and the oversight of their superiors. The player should feel the difficulties in trying to navigate the moral grey areas between colonizer and cohabiter.

The Krogan, Asari, Turians, and other alien races of the first series gave a fantastic glimpse into different types of beings, but the new series needs to do it all over again. The new races of the Andromeda galaxy could be drastically advanced or Neanderthal equivalents.

Focusing exclusively on their state of development, however, could be a mistake. Space is weird, infinity can offer countless strange worlds like hive minds, worlds where everyone is a blob monster, or planets covered in factions warring over who invented socks, anything is possible. Don’t be afraid to be weird Andromeda. Delving into the weirdness of Fallout vaults and Rick and Morty storylines, even just a little bit, could be interesting.

Aliens should also react differently to strangers from another galaxy wandering around. Not every planet should be totally fine with you walking around like you are any other creature they’ve encountered before.

Having hundreds of planets to explore is not fun for long, as No Man’s Sky proved if they are not worth exploring. Different environments that seem handcrafted and expansive, but fully realized, are important. Cities can feel vibrant or run down, markets can have people shouting or quietly observing you. Dispelling a sci-fi trope, there could even be deserts, forests and lava all on the same planet.

A More Customizable Home Base

Returning to the concrete and conventional, a home base where things evolve based on a player’s choices could add a deeper level of immersion to the game. While the Normandy was a great home, it never really felt like it was ours. Let the new ship change drastically, even on a cosmetic level, based on either the tasks the player chooses to undertake or on how currency is spent. This could make the new ship a better base to explore and just hang out in, as opposed to an inorganic overly complicated menu to navigate.

Even if the games are set at a different time and in a different place, there should be a small tinge of nostalgia in returning to a universe that started nearly a decade ago. Certain characters could be descendants of the original cast, or some could even still be alive depending on when the game is set and their life spans. Don’t dwell on the past, but make this feel, in a small way, like coming home, even if it is light-years away.