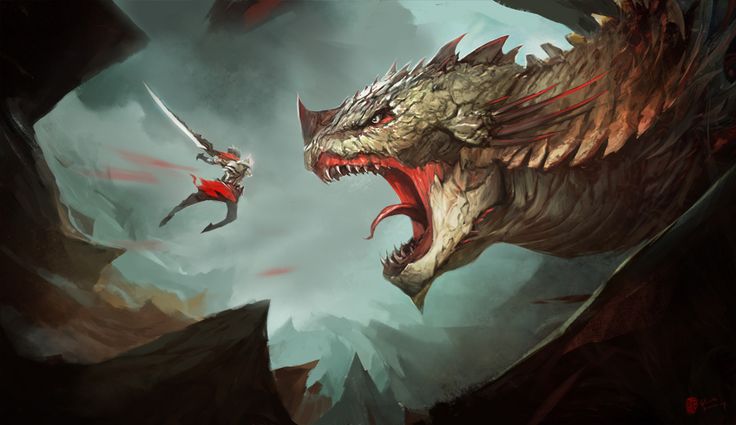 Ever since the original Xbox brought internet connections to the world of gaming through Xbox live, multiplayer gaming has taken off like a rocket. In the modern day, games that don’t feature some kind of online multiplayer are quickly becoming the minority. Unfortunately due to the negative nature of the internet, a lot of the online communities around games nowadays tend to descend into toxicity. The Monster Hunter series, however, stands in proud opposition to this trend. The Monster Hunter community (although small) is hands-down the most open, welcoming and positive gaming community I’ve ever been a part of. This isn’t just a coincidence, though, and MonHun players aren’t just naturally nicer people. The games themselves are specialized in a variety of ways, to make the multiplayer experience as enjoyable for all parties as possible. And with Monster Hunter Generations just being released, I want to take a moment to appreciate what a great job Capcom has done with creating an excellent foundation for an online gaming community.

One of the most basic aspects of Monster Hunter’s multiplayer system is that the number of hunters going on a single quest is restricted to four. This is what I like to call “the magic number”, and is used in other multiplayer RPGs too, such as Xenoblade Chronicles X and Castle Crashers. Having higher numbers of players in one mission dilutes the effect each player has on what’s going on. With five or six hunters, present, the extra damage might make each player’s contribution feel less important, but with three, inexperienced players may drag the team down too much. With four players, there’s just enough pressure on each hunter to pull their weight, while avoiding giving anyone the idea they can slack-off without consequences. This way, it’s rare to have a mission where one person carries the team, or where one player drags everyone down. I’ve had times when I’ve had to go AFK for whatever reason, and returned to find that my team was still holding up well, and then I’d join in for the final push and we’d all collect our rewards together with no hard feelings.. Having the player count capped at four also creates a sense of camaraderie in lobbies. Despite being a mission-based game, Monster Hunter often feels like you’re on a team of adventurers, and you naturally learn to respect the other players in your lobby for their strengths and their weaknesses. Often a team of hunters will be more than happy to change weapons, just to balance the group out, achieving synergy not dissimilar to that of the classes in RPGs of the SNES era. The game builds upon this sense of camaraderie by making sure players are focused on teamwork and not competition. Rewards in Monster Hunter are given out randomly and in fairly equal amounts. There are no scoreboards, and performing better than your teammates doesn’t really net you anything other than a victory. This disincentivises players from trying to hog the spotlight like they would in more competitive games. Instead, you come into missions trying to simply do your best. Whenever one player does something like cut off a monster’s tail, or mount a monster, the whole team benefits from it. Every severed tail or broken wing means more rewards for everyone, not just the person who did it, so even normally greedy players end up doing their team a favor just by playing well and staying alive. And with fourteen weapons and tons of skills to choose from, often players will be forced to rely on their teammates to cover the shortcomings of their load-out. You might be a gunner who needs tail parts, so you have to depend on the blade-masters to do the slicing. You may be a Great Sword user who needs the hammer on the team to k.o a monster and gives you an opening. Some players may even opt to build a support-based set to keep everyone healed and buffed. Anyway, you slice it, hunters must depend on one another if they want to win, and just like it goes at war, depending on your comrades fosters a natural bond between you. And this bond leads to increased synergy and situations where you’re saved from the brink of death by a clutch group-heal, or a teammate knocking out a monster that would otherwise have iced you. Just like soldiers in an army, more experienced hunters have a responsibility to help out newbies. While most online communities seem to almost vilify inexperience, Monster Hunter manages to make helping newer players fun in its own way. The game has only one difficulty setting, and players are allowed to join whatever lobbies they want, except that higher skilled lobbies are inaccessible to newbies. So even though expert players don’t have to deal with the less experienced, the doors are wide open for them to join lower-ranking lobbies. G-rank players are not an uncommon sight in low and high-rank rooms, and it’s not surprising why. Not only does it feel good to trounce the monsters that used to give you so much trouble, but the simple act of helping out newbie players is satisfying, as it makes you feel like a mentor. I personally remember how helpful more experienced players were when I was just starting, as they not only helped to get through my quests, but even showed me some attacks and techniques I never knew existed. And then, later on, I did the same thing for those below me. And often there are end-game weapons that can only be obtained by upgrading early-game weapons,so higher ranking players might wander into lower-ranked rooms for their own farming, and end up helping out others by helping themselves. Because it feels so good to help newbie players out, the community as a whole becomes a lot more receptive to newcomers, making the series infinitely more accessible than others who push competition and personal achievement above all else. Heck, the simple fact that you can see higher ranking players walk into your lobby with their end-game gear acts as an incentive to improve, and reach their level.

With Monster Hunter Generations having released on July the 15th this year, a new generation of hunters will surely be joining the community, which has been growing since the original game on the PS2. Awaiting these new recruits will not be the screaming twelve-year-olds of Call of Duty fame, nor the seemingly cruel perfectionists of Dark Souls. It will be the warm, welcoming light of a game series that has been built to foster a positive community and the excellent community that has risen as a result, that stand as a beacon of the developer’s success. Here’s to hoping we’ll see you online.