Last week, writing for PC Gamer, Sam Greer reported on a niche yet upward trend of gaming mods that remove enemies and/or challenges to create a more inclusive, stress-free experiences.

As is to be expected, the championing of such mods has led to mixed reactions, as could be seen in the article’s comments section or on Twitter, where you can find, in true Internet fashion, complaints about such mods helping “snowflakes” ruin games and, on the opposite end, folks celebrating these mods as a standard for options that should be included in all games.

I find both these arguments to lack, well, an actual argument. 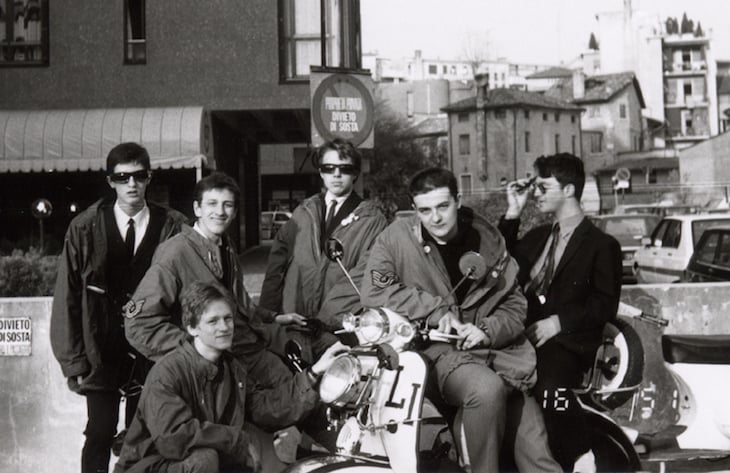 No, not these kinds of “mods”!

All Mods Go to Heaven

There’s nothing more intrinsically tied to PC gaming’s history than modding, having an especially established staple since the early Doom years — which lead to the creation of an entire community, since then as much a part of gaming creation and culture as the companies making games themselves.

While a lot of companies might see mods as immoral and potentially illegal, companies like id Software, Valve, and Bethesda have not only embraced the modding community throughout the years, they’ve helped it flourish and legitimize the culture, helping modders at times convert their hobbies into careers.

(And this is all without getting into the history of Game Genie/GameShark, who brought the concept of game hacking in the form of a buyable product for consoles).

Most people are likely to think of modding as a way to add new furniture to The Sims, play as Kermit the Frog in GTAV or turn dragons in Skyrim into “Macho Dragons”, but mods can come in more serious forms: whether that’s fixing Dark Souls: Prepare to Die Edition to actually work as it should on PC, re-texturing games to make them appear more realistic, or efforts in keeping games alive long after they’ve been abandoned by the companies that made them (though as a legal grey area, much like emulation, that’s a whole different can of worms).

Then, you have mods that add new game modes to existing games – inventing completely new styles of play that feel like an entirely new game, like Playerunknown’s Battlegrounds. 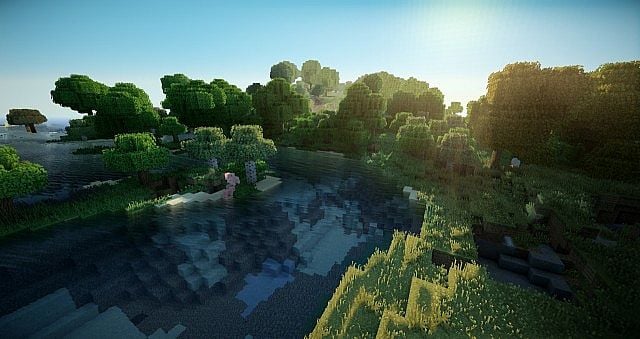 My point here is that mods have been an established, celebrated aspect of gaming for quite a long time, and to see these “non-enemy/tourist” mods as anything different than that just because they could be seen as subtracting from the game instead of adding would be hypocritical, especially considering that nobody complains about things like mods that make hard games harder, or add elements like “item randomization” or “random rooms”.

“Godmode” cheat codes and such were a staple of older games, and in many ways, these “easy mode” or “non-enemy” mods continue their legacy. “Non-enemy” mods would also be great if you simply want to explore a game’s environments and investigate for both entertainment and educational purposes, especially if it’s a game that you’ve already beaten.

Whether you agree or not as to how a “game should be played”, it’s wholly irrelevant when talking about mods, as they exist as the antithesis of “as intended”.

Despite what might seem like the irrational outcries from some, the fear of this trend of a “stress-free” approach to games is indeed a reasonable one.

Though harder, more challenging games have certainly found their place in recent times, it still seems that games are largely created with a more casual audience in mind, leading to game design choices that are a bit too passive for those who want more than a walking simulator.

That isn’t to disparage casual games or games that focus on narrative rather than gameplay. Some of my own personal favorite games would fall in this category (alongside games that are difficult in “hardcore” ways), and it’s pretty awesome how the term “game” has a looser definition now, one synonymous with interactive experiences rather than just traditional objective-based reflex challenges. The variety of interactive arts available today is staggering. 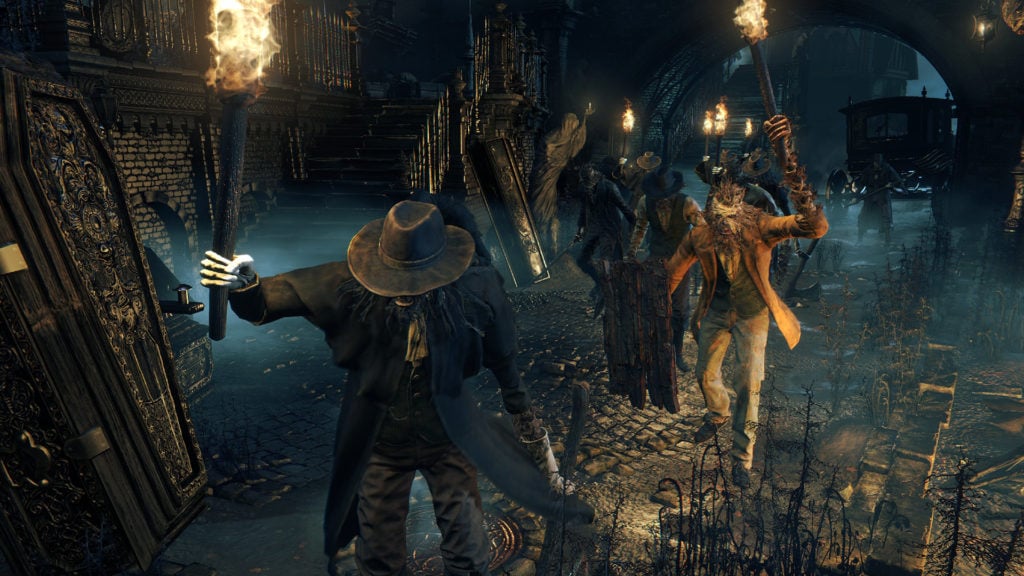 But, to apply this casual game design to every game would be harmful, especially if it’s done to appease the narrative that everyone has a right to play any game regardless of how the game is meant to be played as per the creator(s). Nobody has that kind of “right”, as I have pointed out before.

Saying that From Software should include an easier mode setting for Dark Souls 3, for example, is simply not understanding the how and why of that game’s design and philosophy, and to call the game bad or not inclusive because it doesn’t do that is nothing short of entitlement. The notion that difficulty sliders wouldn’t sully the whole point of it is a kind of a pigeon-holed take on design.

Mods are designed to give you something that the developers did not intend to but to use the popularity of a mod, such as one that makes games easier, as a sign of how games “should be” is not something that is helpful to the medium.

The era of gaming we find ourselves in now is abundantly full of choices, but to narrow it all down to one pathway for some misguided attempt at inclusiveness or exclusivity — as a demand, especially — is the kind of stuff that kills industries in its homogeneity. 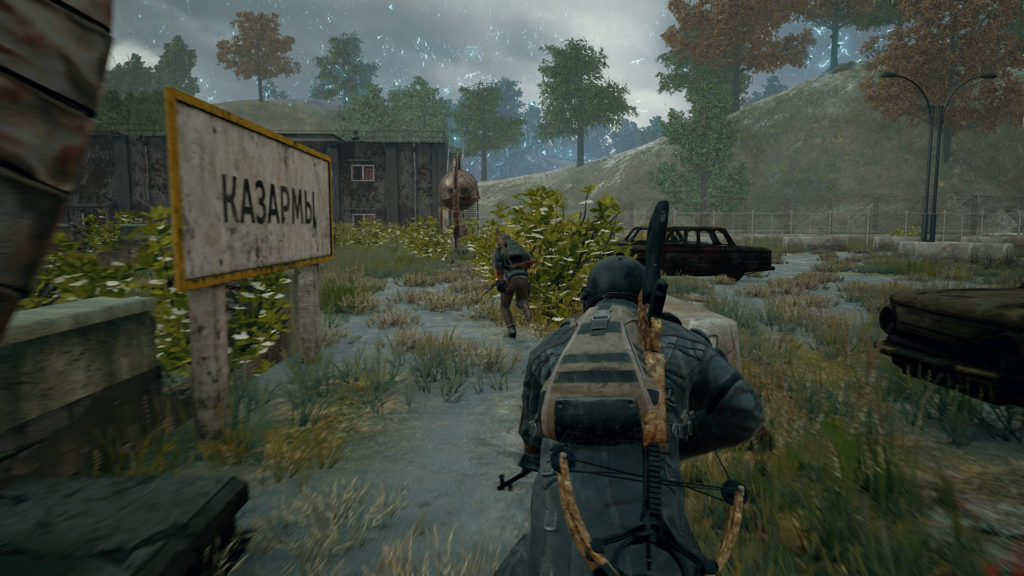 “Playerunknown’s Battlegrounds” is a successor of an “ARMA 2” mod, which was based on a “DayZ” mod, which itself became a standalone title

There’s room for everyone, and that goes both ways. Mods are meant to break things, even when “fixing” them. If you enjoy the idea of Barry from Resident Evil turning into a shark, then maybe let’s not be so high and mighty about non-enemy mods.

If we’re OK with mods that make games harder, we should be OK with mods that make games easier or remove the challenge entirely. I would be lying if I said the idea of such mods didn’t make me cringe, especially when it’s seen as a “savior” of sorts. For me, it’s a blasphemous act that breaks a game maker’s vision of design, ruins how a game should be experienced as set out by the people who made it. It misses the point.

But, that could be said about nearly all mods; hell, it’s the whole purpose.