[dropcap font=”” size=”1″ background=”” color=”” circle=”0″ transparent=”0″]T[/dropcap]ennis is a sport that has a certain expectation of artistry and flair in its performance. Much like a ballet dancer, there’s a delicacy towards the raw power in tennis, resulting in a refined finesse that is often seen on the court in world-renowned tournaments such as Wimbledon. Obviously, much like Mario Kart isn’t Formula 1, Mario Tennis Aces isn’t Wimbledon. However, while Mario Kart remains a racing game, Mario Tennis Aces never really becomes a tennis game. 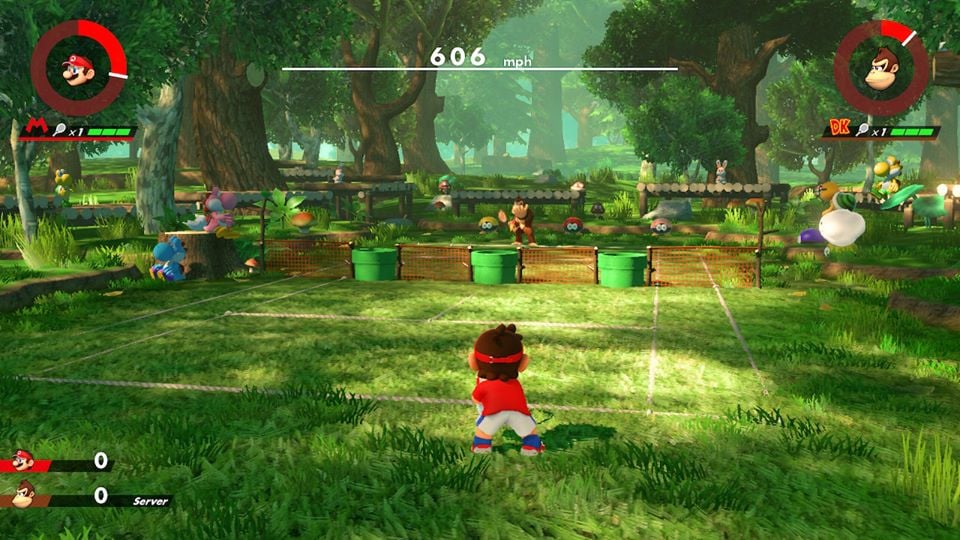 Mario and Donkey Kong: Having never quite settled their rivalry, they challenge one another to a game of tennis.

That’s not to say there’s no fun to be had, as it remains a well-executed game, just maybe not in the way that was expected. The court designs have taken a shell out of Mario Kart’s tracks and have become a personality on their own. A personal favorite has been the court on the ship, where the mast in the center could be used to redirect the ball. These quirks bring that Mario Kart vibe to the tennis court, with outside influences and environmental oddities affecting how the game is played. One great example is the match against Shy Guy at the train station in adventure mode. During the course of the game, crowds of people with luggage would run across the court and block your shots, changing where you placed the ball. 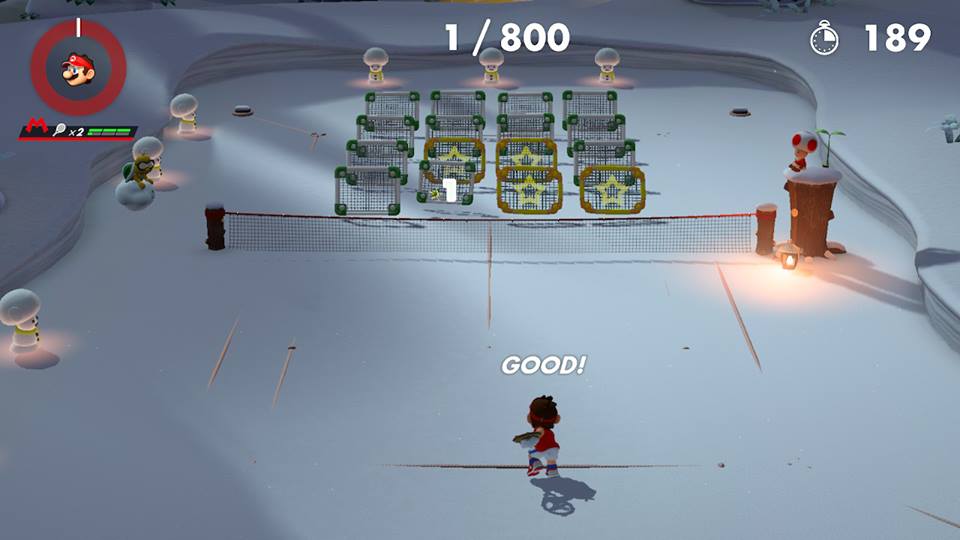 While it looks flashy and exuberant, it creates a one-directional gameplay that can become tedious pretty quickly. Essentially, the player is left rallying with the opponent until one of them pulls off a star or zone shot. While there are variations of basic shots the player can utilize, the impact of a topspin or a slice has the same outcome, they contribute to the rally until a special move is played. Working the opponent around the court is subsided by the trick shot, which is a special move that allows the player or opponent to jump or cartwheel across to the other side of the court to hit the ball, which as guessed, creates a powerful shot.

A successful block should become a tactical advantage, not a mere delay in the masterclass of Rafael Nadal

It is possible to block a special move, but to do so drains energy from the same power gauge needed to produce a special move. This becomes a slightly unbalanced mechanic, as blocking a shot appears to use more power than the special move that the player is attempting to block. What ends up happening is one of two things: the player blocks successfully, but is now at a disadvantage when it comes to filling up the power gauge and producing a star shot of their own, or the block is unsuccessful, and after three tries the racket is broken and the player has lost the match. A better mechanic would have a successful block increasing the power gauge, creating an opportunity for the player to win the rally rather than being left inundated with powerful shots for the remainder of it. 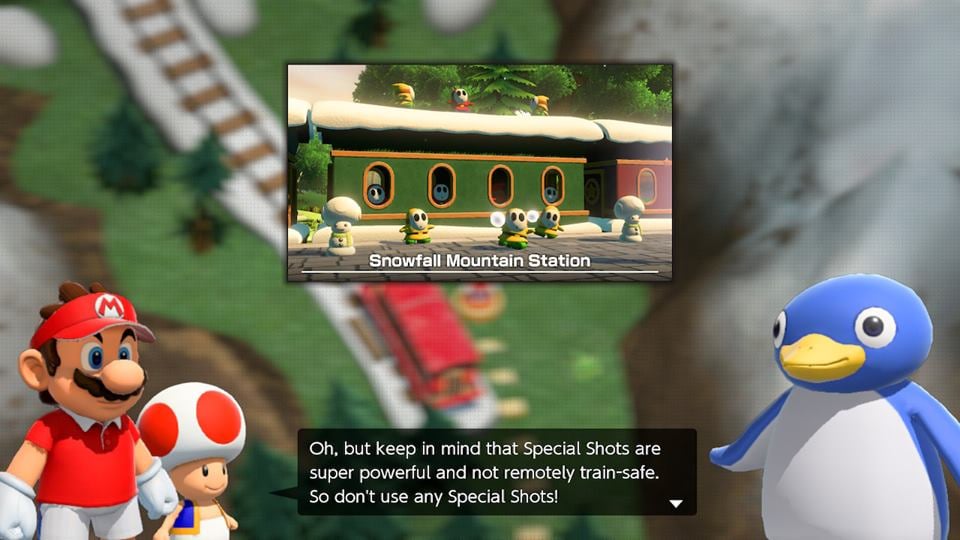 Chit-chatting with a penguin at a train station whilst playing tennis: A standard situation for Mario.

It’s the boss matches in adventure mode that suffer the most from the block mechanic. While most boss matches are great fun and quite simple to get through, there is the occasional power gauge drain from all the blocking. The problem is, boss battles are timed affairs, and missing the ball gives a five-second penalty. When there’s a continual onslaught of special moves and the power gauge has been drained from blocking, the player will have to accept the five-second penalty which can be incredibly costly. A successful block should become a tactical advantage, not a mere delay in the masterclass of Rafael Nadal.

Mario Tennis Aces has a lot of potential, but hits a double fault where it matters most: the tennis. While it serves up a great deal of personality, the absence of genuine tennis play and skill to win matches gives some aspects of the game the wrong kind of love. Mario Tennis Aces remains a lot of fun, particularly multiplayer, which utilizes all the mechanics that make the Switch a fantastic console. However, with less power and more finesse, it could have been game, set, match.