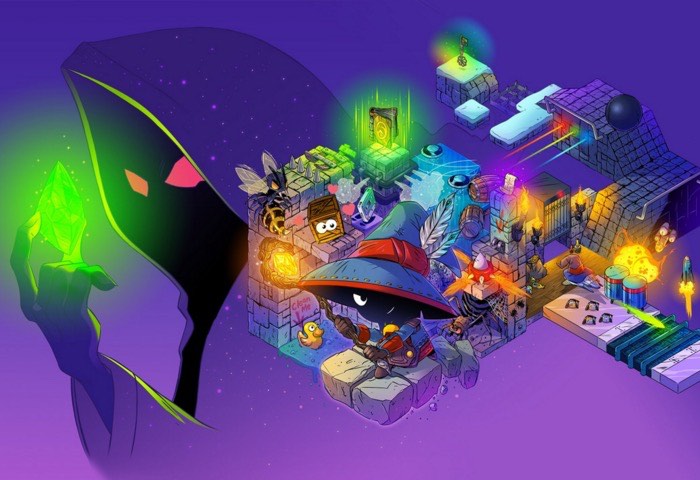 Ever since the indie scene exploded back in 2008 with the arrival of Braid, a lot of the focus in this section of the industry has been around the idea of retro throwbacks. From Castle Crashers and Hotline Miami to Super Meat Boy and VVVVVV, there has been no shortage of successes from this branch of thinking and game design. However, for every one game that nails it in this regard, there are a dozen or so that completely miss the mark.

Lumo unfortunately falls into the latter camp, but not through failure of design (or at least, not totally through failure of design). The problem with Lumo almost immediately is that the concept of the game just isn’t that interesting. While there’s a tiny thrill at the beginning of the experience, one that will possibly echo back to your childhood if you’re as old as this reviewer, that spark quickly fades away as the gradual tedium of the game becomes apparent.

Essentially an isometric platformer (think Q-Bert, only as a dungeon crawler) Lumo just doesn’t bring much to the table outside of what you see in it during the first 10 minutes or so. You begin the game in a completely unnecessary set-up sequence during which your little boy or girl avatar is sucked into a virtual dungeon. Once there, it’s your goal to escape by moving through the dungeon one room at a time. 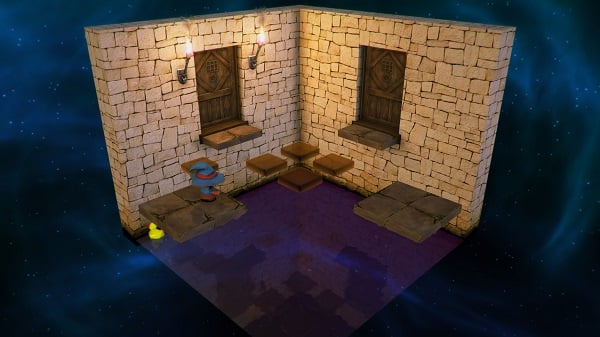 While some of the rooms are basically empty, others employ traps or puzzles that need to be overcome in order to progress. The problem is that the puzzles and traps really don’t evolve much over the course of your journey. Poisonous pools, rolling balls, spikes, and the like make up the vast majority of what you’ll be playing around with in order to advance to the next teleporter, which will invariably take you to yet another dungeon.

Now this could potentially work as a framework for a game if there were simply a bit more to it. There’s no story really, which would be fine if the design were strong enough to encourage you to continue on in and of itself. It isn’t, and therein lies the problem.

The other main issue is how clumsy the timing can be with the controls. Since Lumo is built almost entirely around running and jumping, the slight delay in timing between when you hit a button and when the game reacts to your input makes things feel clumsy on occasion, and grows more grating as you continue through Lumo‘s five-ish hours of gameplay. 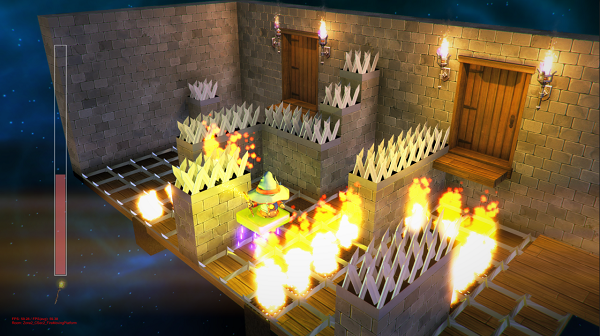 The final question, though, and certainly the biggest one, is whether a genre or style of design like the one on display in Lumo was even worth resurrecting in the first place. Games like this were reasonably fun during the 8-bit era not because of their particular merit but because it was a simpler time. Gamers didn’t ask for nearly as much from a game in those days, and that made sense considering the technical limitations of the time.

There’s a certain reason why some games don’t graduate past a certain era, and Lumo is a prime of example of this. Even were it more competently structured, and injected with a bit more variety, Lumo would still suffer by virtue of just not being terribly interesting after the initial benefits of its charm wear off. Perhaps there’s an argument to be made for this genre to make a comeback, but if so, this certainly isn’t it.