Gacha games are a dime a dozen. All of them tend to repeat the same few ideas with a new coat of paint to make the experience look unique. In reality, most tend to be a glorified game of chance with a shallow gameplay experience that ties it all together to trick gamers into shelling out their hard earned money. When fans found out that Nintendo’s newest mobile endeavor Dragalia Lost was going to be a gacha game, they were understandably worried that it would follow a lot of the same negative tropes that these types of games are known for. Luckily, it’s unique enough to set itself apart from the pack and provide a worthwhile experience for players that don’t plan on spending any money.

Dragalia Lost is a dungeon-crawling isometric beat-em-up game at its heart. Dragging an arrow across the screen causes the four characters to run in the direction it’s pointing. Tapping the screen attacks, swiping dodges, and touching one of the special icons on the bottom of the screen initiates a special move. It’s an extremely simple gameplay system that takes only a few play sessions to feel comfortable with. Unfortunately, players only have direct control of one character at a time, so the other three characters in the party are likely to take unwanted damage. 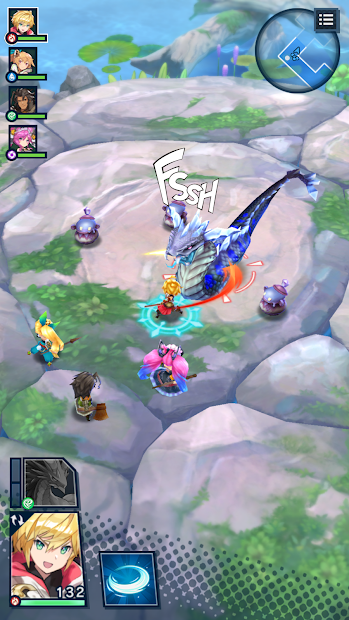 Most stages consist of a series of rooms and paths filled with traps, enemies, and treasure chests that culminates in a boss fight. Levels only take a few minutes to complete on average, so it’s perfect for quick play sessions. The game is very generous with its resources in terms of how long it allows the player to play per day, especially at the beginning. This makes it extremely easy to get going and build a respectable team.

Speaking of teams, it’s time to bring up the worst part about most gacha games: pulling new teammates. Characters, upgrades, and dragons can all be summoned by spending either in game money called wyrmite or real cash. They are all rated from three to five stars, with five stars obviously being the best. These pulls are definitely on the rare side, but Dragalia Lost tends to be much more generous with its high rank pulls than most games in the same genre. It’s fairly easy to build a team with a decent amount of high level characters and gear without spending a dime, which is refreshing to see.

With all that sounding fairly run-of-the-mill, what makes Dragalia Lost worth investing time in? Why is this game different from other games in the genre? Simply put, it’s the personality and charm that oozes from every single corner of the game. Every character is extremely expressive and the game creates ample opportunities to let their traits shine. They may seem like typical anime stereotypes (because they are) but that doesn’t make it any less fun. The story mode is littered with dialogue segments, and while the story isn’t terribly unique, it’s still enjoyable due to the characters themselves.

What’s more, every single character in the game (even the summoned ones that aren’t found in the main story) has their own optional side stories that can be watched once they’ve been summoned. More episodes are unlocked for each character as their skill trees are leveled up. It’s nothing more than a series of still images and text, but it shows that the developers went above and beyond to put some extra love into their characters’ backstories. There is even a comic series that updates every week or so with silly new stories involving the characters. 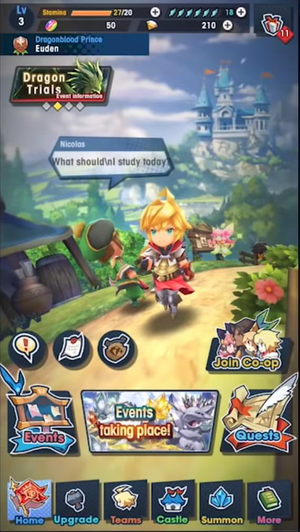 Even the timed events come with their own storylines and character interactions. There have already been three events since launch, and all of them came with new bosses to fight and characters to collect. If events continue at this pace, the game will have no trouble keeping it’s players around for the long haul. The raid boss events are especially fun because they require four full teams of four characters to all be attacking a giant beast at the same time. It’s really impressive to see something like that in a mobile game nowadays.

Additions like these make the game feel like more than just a free-to-play gacha game. Arguments can be made that the game is still pay-to-win since more chances at summoning will inevitably equal better characters, but the game gives out enough resources to its players to provide everything they need and then some. It’s possible to have plenty of high level gear, characters, and dragons without having to spend a dime. If none of that matters, and the issue is just whether or not it’s fun to play, then it’s still an easy recommendation. Dragalia Lost comes to life in a way that few other games in the genre do, and for that reason alone, it’s worth trying.