There’s a paradigm that exists in the history of Nintendo. Isaac Newton and the apple tree had a taste of what was to come, and certainly, the phrase ‘what goes up, must come down’ became the path Nintendo gladly rode up until the unveiling of their latest console, the Nintendo Switch.

Nintendo has an unconscious habit of following the success of one console with a sleepwalk across a sink hole. Needless to say, Nintendo’s journey through the Hranice Abyss often leaves it with surprising ingenuity when it rises back to the surface. The yo-yo business style has often kept fans on the edge of their seats, and Nintendo hasn’t softened the chair with their painful unveiling of the Nintendo Switch. History, however, could prove to be Nintendo’s savior.

After the flourish of the 80s, ending with the release of the Game Boy which still remains their second highest selling console of all time, the 90s began with the respectable release of the SNES. While it sold 49.1 million units, it also started to lose its stranglehold on the market. The rise of Sega proved to be a worthy competitor and certainly offered a unique experience. Whilst Nintendo reaffirmed its position as family friendly, Sega released the Mega Drive which had a little more blood and guts with games such as Mortal Kombat.

Virtual Boy was an utter disaster.

With the new competition, Nintendo did what it does today, it innovated. However, just like today, sometimes these innovations went horribly wrong, and none more so than its attempt at virtual reality gaming, with the haply named Virtual Boy. It shifted under 800,000 units and was nothing short of a disaster. Its many failures included a high price, a monochrome display, a terrible 3D effect, and major health concerns. Physiological symptoms were common, including; dizziness, nausea, motion sickness and headaches. This pioneering tragedy hasn’t stopped Nintendo’s dream of a virtual reality console, with Miyamoto in 2014 stating they were working on a new virtual reality console based on the 3DS technology. Maybe the Nintendo 3DS will have a new virtual reality successor; let’s hope not.

A year later, Nintendo found some of its energy again and released the Nintendo 64. It sold 32.9 million units but faced new competition in Sony which released the PlayStation two years earlier. The PlayStation would thrive and sold over 100 million units, and would go onto to be the major success it is today. Ultimately Sony would be to Nintendo, what the Achaeans were to Troy, and lure much of the life that Nintendo breathed into Sony. However, the Nintendo 64 was still a huge hit, even with the hotly debated cartridges. The image of Nintendo only appealing to a young audience had certainly continued, and it would ultimately be the downfall of its next release, the Gamecube.

Selling only 22 million units to PlayStation 2’s 155 million, the Gamecube is considered a flop. Strangely, all things considered, the Gamecube was a fun console, offering new Nintendo classics such as Luigi’s Mansion and Pikmin. It missed the market, though, and by an unforgivable margin. The PlayStation 2 had become the first home entertainment system, it offered more than just gaming with the addition of playing movies. The Gamecube, with its mini-discs, missed the trend completely, and its odyssey to return would never materialize.

Fortunately, the Dark Ages would eventually end, and a new Enlightenment would uncover a new strategy. In 2004, Nintendo released their best selling console of all time, the Nintendo DS. It would sell 155 million units, and a large part of that was contributed to its appeal to untraditional gamers. At the time, smartphones weren’t around and there was only the Nintendo DS to play on the go. Suddenly, Nintendo found a place it could be called number one again, and it certainly started to become a little braver in its innovative spirit. In 2011 it was upgraded with 3D technology, becoming the Nintendo 3DS, selling a further 61 million units.

In between the DS and the 3DS was another success story. the Wii. Recognizing it couldn’t compete with Sony, and now Microsoft, Nintendo developed a new idea for a home console entirely. Over 100 million units sold and suddenly Nintendo had found a new niche. The Wii used motion controls to follow the movement of the user which put the player in the heart of the game. This new approach to gaming opened up the industry to people that would have never considered gaming in their life. This was the first time in history it became safe to say ‘everybody is a gamer’. There wasn’t a person out there that didn’t have a system for their needs, and the industry has remained very saturated ever since.

But just as quickly as Nintendo rose, it fell. The release of the Wii U was a complete disaster, and the less said about it the better. Whilst by no means a bad console, it offered very little in the way of innovation and certainly lacked the vicissitude of the Wii. The Wii U, however, will help to define the success of the Nintendo Switch, and its failure could be a blessing in disguise.

Much like the waistline of someone on a fad diet, the accomplishments of Nintendo go up and down with each new console. The Nintendo 64 was up, the Gamecube was down. The Wii went up, the Wii U went down. So in theory, the Nintendo Switch should go up. This is a pattern that started in the early 90s and has continued until present day.

There are reasons why this pattern might end with the Nintendo Switch, however. With each ascension came a new wave of new users. Where Sony and Microsoft had taken fans, Nintendo had found new ones. The questions to ask is whether the Nintendo Switch is appealing to new users, and can it retain its core fan base? The latter is an obvious answer, with titles such as The Legend of Zelda: Breath of the Wild and Super Mario Odyssey easily going to have already persuaded them to preorder. Would anybody else have preordered, though? 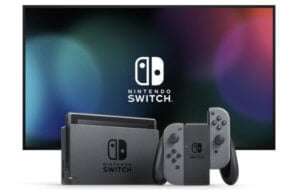 Will history repeat itself?

In many ways, the Nintendo Switch is a console for the Nintendo fanatics, and maybe that’s its purpose. It’s certainly been designed that way, a hybridization of many unique strengths from each of the previous Nintendo consoles. It even initially seemed it was trying to appeal to an adult population that had grown up with Nintendo, that would now want to play Nintendo on the go. The recent presentation seemed to distance itself from that marketing strategy. They appear to want to style the Nintendo Switch as a home console that can become a handheld console, rather than a handheld console that can become a home console. This is a Carthaginian mistake. Styling it as such puts it into much greater competition with the PlayStation 4 and the Xbox One, both of which offer more as a home console.

For history to repeat itself, Nintendo needs to muster all its strength and creativity, and focus much more on the handheld side of the Nintendo Switch. Its two biggest selling consoles of all time have both been handheld, and it’s no coincidence that Nintendo dominates that market. Any attempts to rejoin the home console market would be futile, it’s so heavily saturated that only perfection would do. It is therefore in Nintendo’s interest to follow the success of its handheld consoles, and allow history to repeat itself again.