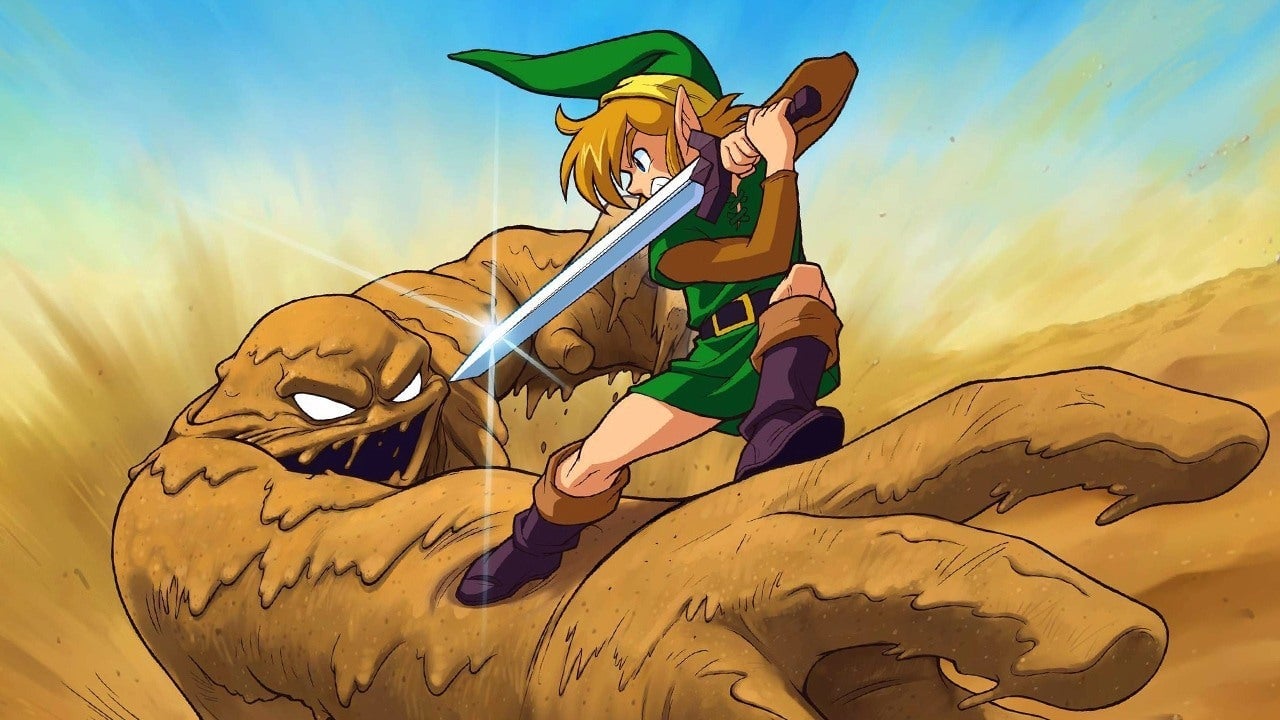 From the moment that synthesized ominous music sounded and Zelda’s telepathic dialogue appeared on the screen, players knew that The Legend of Zelda: A Link to the Past was going to be different from its NES predecessors. There was an actual story developing before their eyes, a buildup of narrative tension created by text and environments like nothing previously seen from Nintendo. And the rain, my god the rain! While the previous two Zelda games were outstanding (or frustrating) in their own right, establishing a smattering of brand recognition, it wasn’t until this gorgeous 16-bit entry that a beloved formula was created and a franchise born.

The Legend of Zelda: A Link to the Past established so much of what is now expected and often taken for granted in Zelda games: puzzle-based dungeons, dual worlds, the Master Sword, fairies in a bottle, a Hyrule populated by weirdos, mini-games, pieces of heart, killer chickens, and so much more. For the first time the game and the world were full of personality, immersing players in the mythic story more than ever before. Link, silent as ever, is still the perfect hero, and though not quite as much imagination is required to fill in the blanks spots of the quest, the game manages to still project a feeling of mystery and openness, with new discoveries around every corner that rewards those adventurers who stray off the beaten path.

None of this would matter, however, if the gameplay wasn’t up to snuff, but slashing away with Link’s sword or whipping a boomerang into a slime monster feels great (unlike when using that butterknife from Adventure of Link). Boss fights are epic, and the sound they make upon defeat is oh, so satisfying. What makes A Link to the Past really stand out in the Zelda franchise, however, is just how perfectly it’s paced. Not a moment is wasted, no fat need to be trimmed, yet the game maintains the same epic feel as the slightly more bloated titles that would follow it.

Looking as beautiful today as it did back then, The Legend of Zelda: A Link to the Past is as timeless as entertainment gets, an example of perfect design and intuitive gameplay culminating in one of the greatest experiences in all of gaming.