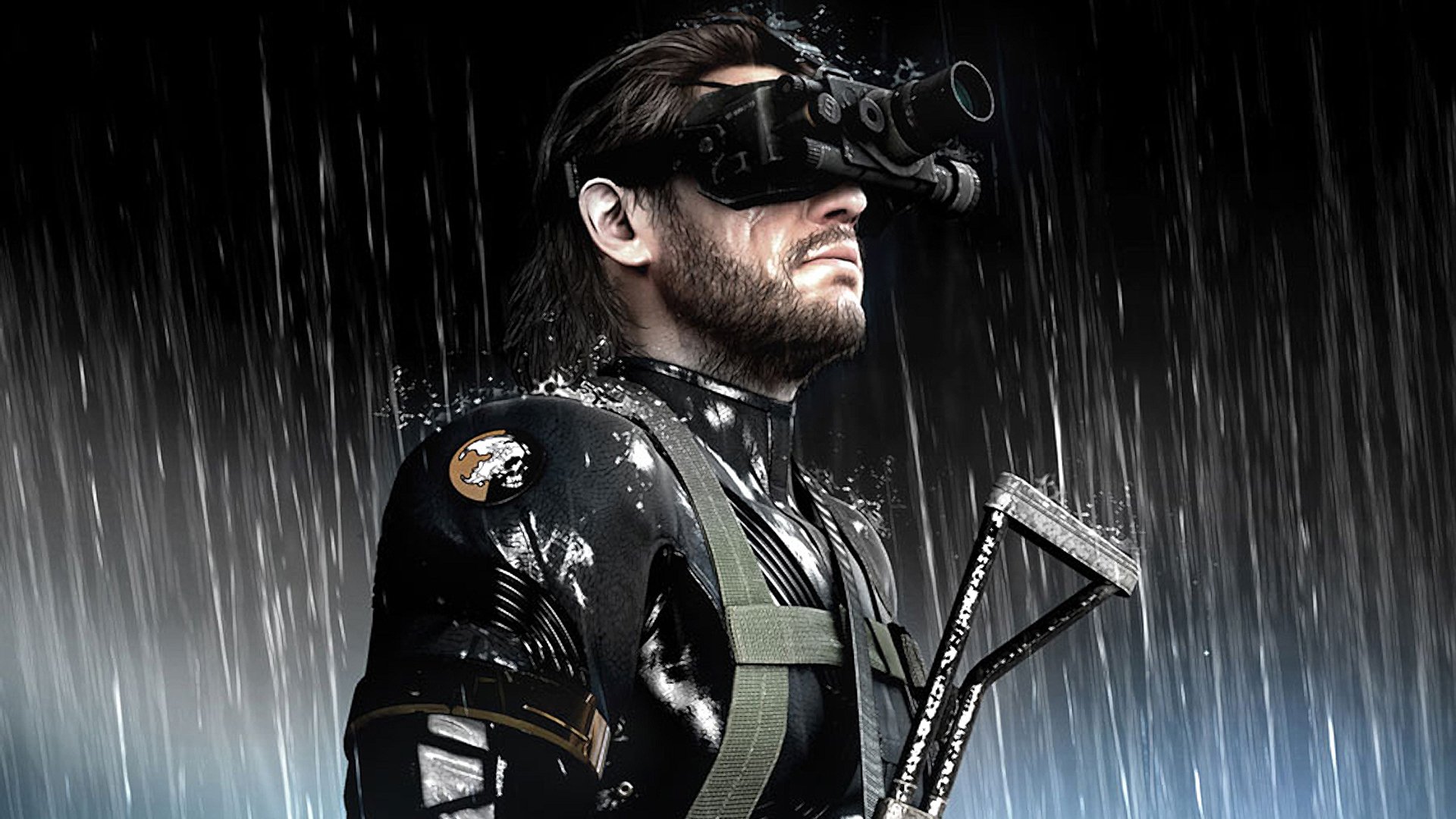 In a series where cyborg ninjas can tear through robots, psychics can read players’ memory cards, and a man can kill his father twice without dwelling on the logistics of said act, the relatively grounded Metal Gear Solid V: Ground Zeroes still manages to end up the single strangest entry in the franchise, in large part thanks to its complete tonal dissonance with the rest of the Metal Gear saga. While Metal Gear Solid has never shied away from dark material, consistently depicting at least one torture sequence per game, its levity was ever present to ensure the situation never became overwhelmingly dark. Whether it be from characters joking around, over the top set pieces, or just lighter moments to allow the main cast to decompress, there was light among the darkness. Without a single light-hearted moment in its main plot, Ground Zeroes takes a much bolder, and muted, approach to Metal Gear storytelling. It doesn’t necessarily make for a more mature narrative, but it does solidify the almost oppressive tone that would carry over into The Phantom Pain.

Although the nocturnal setting isn’t unique to Ground Zeroes, most notably with the original Metal Gear Solid taking place in the evening and ending at sunrise, the addition of rain to Camp Omega makes for an inherently downtrodden atmosphere. It’s one thing to stealth through what is effectively a concentration camp, but a downpour in the dead of night creates a hostile tension where the elements are working for and against Big Boss’ favor. Contextually, the premise for GZ is far darker than anything seen in the series prior. Camp Omega as a setting alone is far more sinister than the likes of Shadow Moses or Arsenal Gear, but a rescue op for a captured child soldier and a former defector stand out as all the more impactful in a franchise where just about every entry thus far has revolved around stopping a nuclear strike. The scope is smaller than ever as a result, but it’s perhaps because of this novelty that Ground Zeroes’ storyline feels all the more dark.

The newfound darkness is only heightened by the fact that Ground Zeroes is directly following Peace Walker, the lightest story in the franchise. It tried to delve into Big Boss’ psyche regarding his relationship with The Boss, but it’s also the same game that has Big Boss fighting monsters from Monster Hunter, admitting to believing in Santa Claus, and holding up soldiers with a banana. It’s a level of silliness that’s appropriate for Metal Gear Solid, but using it as a jumping off point for the darkest game in the franchise leads to a jarring juxtaposition, though one that isn’t necessarily bad. In fact, the tonal shift from Peace Walker to Ground Zeroes is one of the smartest decisions Kojima makes in the the second half of the series.

Every game after Snake Eater suffered in maintaining the tone, themes, and quality of the early series on account of being sequels to a series that had already ended twice, more or less. Along with Metal Gear Solid V dropping the Arabic number convention in favor of Roman numerals, Ground Zeroes almost feels like a soft reboot of sorts. With a darker tone, a more intimate premise, and an effective makeover for the franchise, Ground Zeroes promises a breath of fresh air for Metal Gear. This is best seen in the usage of Ennio Morricone’s and Joan Baez’s “Here’s to You.” Originally covered by Harry Gregson-Williams and Lisbeth Scott for Metal Gear Solid 4’s credits theme, the song returns as the opener and closer for Ground Zeroes. While the inclusion of the song is certainly odd, as the series has previously done a good job at giving each game its own musical identity, its presence serves more as a perversion of what the song represents than anything else.

“Your favorite song… Nicola, Bart – immigrants, wrongly executed… But their deaths served as a message to others: that ours is a society that murders the innocent. Do you, too, believe that your sacrifice will change the world?”

In Metal Gear Solid 4’s context, “Here’s to You” is an ode to Solid Snake and the end of his journey. It is a tribute to everything he’s had to go through and a call to rest for him. Skull Face’s monologue adds an element of mockery to the song as he effectively taunts the audience, through Chico, about the nature of sacrifice. “Do you, too, believe that your sacrifice will change the world?” The idea of sacrifice is one that has always been at play within the Metal Gear narrative, and having Skull Face break it down so coldly removes much of the glamor of sacrifice from the series. Will Chico be able to change the world if he sacrifices himself? Most likely not. It’s made all the worse in hindsight when remembering that Solid Snake’s plan to sacrifice himself at the end of Guns of the Patriots would have been for naught. His sacrifice would not have changed the world. This idea is explored even further at the end of GZ when Paz sacrifices herself to save Big Boss, but she commits the act far too late. The Phantom Pain does play around with this idea more, but its disjointed narrative does not allow for the theme to reach a conclusion, essentially rendering its worth to Ground Zeroes alone.

It’s, unfortunately, this recurring connection to The Phantom Pain that ends up taking all of Ground Zeroes goodwill and smashing it to pieces. As strongly as it sets up a new era for Metal Gear, and as appropriately dark as it initially seems, it’s held back by the fact that it is simply not a full game. Ground Zeroes is to The Phantom Pain what the Tanker chapter was to the Plant chapter in Metal Gear Solid 2, and that is an enormous problem narratively. In splitting GZ and TPP in two, there is a lack of thematic cohesion present where arcs are set up in the former with the promise of payoff in the latter. It might not be a poor idea in theory, but it does mean both stories end up holding up poorly on their own. What’s worse, The Phantom Pain’s incomplete nature means much of the setting up Ground Zeroes does go to waste. In that case, can Ground Zeroes be enjoyed on its own? To an extent, but it cannot stand on its own as a proper narrative.

For starters, there is not a single complete arc present, whether character or narrative, because there cannot be. An hour is simply not long enough to tell a compelling Metal Gear Solid story, and Ground Zeroes is already little more than a prologue for an actual game. This is the first time in the Metal Gear series where the protagonist of the game does not develop. Snake didn’t have an arc in the Tanker chapter, either, but the Tanker chapter was attached to Metal Gear Solid 2 as it should have been, because prologues should not be separated from their stories. Otherwise, they lose the connecting thread necessary in making a prologue compelling in the first place. Big Boss doesn’t even meet Skull Face, Ground Zeroes’ and The Phantom Pain’s antagonist, until the next game. The central villain of Metal Gear Solid V does not interact with the hero once. Protagonists and antagonists don’t need to interact often for their dynamics to be interesting, but in a game where Big Boss and Skull Face have no thematic or narrative parallels, it’s quite obvious he’s only here because of his role in The Phantom Pain.

This is ultimately Ground Zeroes’ greatest flaw: it lives in service to a lesser story, and one that struggles to connect threads either due to The Phantom Pain’s unfinished nature or the simple disconnect between both games. The saddest part of Metal Gear Solid V, though, is the realization that MGSV wouldn’t be much better with a Tanker-Plant split like Metal Gear Solid 2’s. The Tanker chapter existed to trick players into believing MGS2 was a straightforward sequel while also setting up the themes, arcs, and plot of the Plant chapter. Playing the Plant chapter also recontextualizes the events of the Tanker chapter, forcing audiences to pick up on details they may have missed the first time around. There is no such relationship between Ground Zeroes and The Phantom Pain. GZ certainly dresses itself up as a Tanker-esque storyline, but it sets up little more than the concept of sacrifice. There are no arcs at play, the plot of GZ feels irrelevant save for its ending, and The Phantom Pain goes in a completely different tonal direction.

All this leads to Ground Zeroes feeling out of place within the Metal Gear canon. It is arguably the most important game in Big Boss’ saga after Snake Eater, but it lacks the same weight and attention as Portable Ops and Peace Walker, two games that were basically filler. By the end of Ground Zeroes, the majority of Big Boss’ forces are wiped out, his home base is utterly destroyed, and he’s finally in the coma the franchise mentioned so often. This was an actual missing link to Big Boss’ story and it did not get the time it deserved to be fleshed out. It is baffling that 75% of Big Boss’ narrative is dedicated to retreading the same old ground, while the first game to actually move away from Big Boss’ turning point is relegated to an hour long tech demo that does little more than establish the fact that Skull Face is a villain and there’s going to be a time jump. Even worse, the plot threads Peace Walker ended on are, as a result, ignored. MSF is supposed to be Outer Heaven now, but that never gets brought up and MSF gets destroyed by the end of the game. Big Boss is no longer sporting his bandanna and threw away his old code-name, but the game still refers to him as Snake in his introduction. Ground Zeroes had what it needed to move away from the problems plaguing Portable Ops and Peace Walker, but it utilized nothing in favor of a flimsy setup.

Metal Gear Solid V: Ground Zeroes is a broken promise more than anything. It’s refreshingly dark and it moves itself away from Portable Ops and Peace Walker, but it moves itself too far away. Those games were derivative, but, in a story committed to the finer details of Big Boss’ life, they should not be ignored. Ground Zeroes essentially did to Peace Walker what Peace Walker did to Portable Ops. Those games still happened, but it clearly doesn’t matter much that they did. More importantly, Ground Zeroes just isn’t that strong as a prologue. It has strong concepts and a strong tone, but the actual plot meanders until the ending and the connection between Big Boss and Skull Face is tenuous at best. Ground Zeroes promises a breath of fresh air, but it brings with it gray skies even The Phantom Pain refuses to touch.