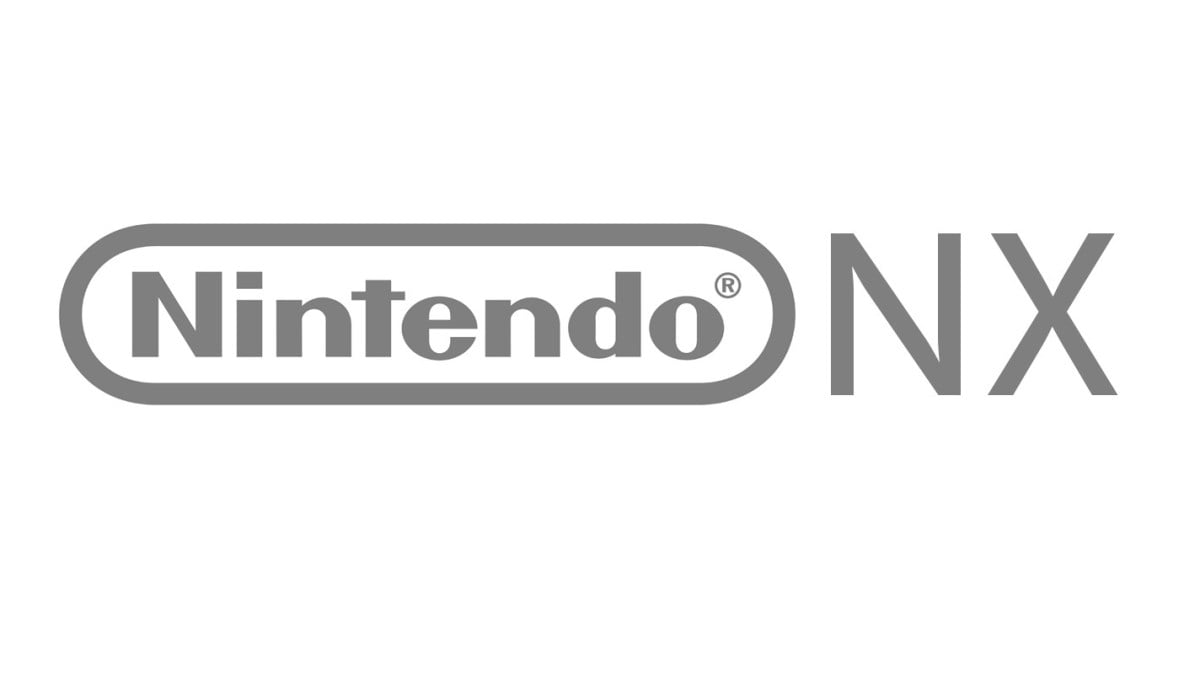 Sony’s PlayStation 4 is a little bit over 2 years into its life cycle, and so far its managed to keep pace with sales records set by the PlayStation 2. In case you didn’t know, the PS2 is the bestselling video game console of all time. So, basically, what I’m saying is, the PS4 is a juggernaut of a machine, and with the way sales are trending, it’s possible that by the end of this generation the PS4 will be the new king of console sales. It would be crazy for any console developer to launch a new machine smack-dab in the middle of the PS4’s life cycle, when Sony already has a stranglehold on the market share. But being crazy is nothing new to Nintendo. Whether the NX launches in 2016 or 2017, either way it’ll have to climb a very steep mountain if it hopes to claw Nintendo back into relevancy among the competition. Details on the NX are still sparse at this point, so we don’t know too much about the approach Nintendo is taking, but there are a few things that they simply must do if they even hope to make a dent in Sony’s massive lead.

Nintendo has been at the forefront of innovation in the video game industry since the beginning, but they’ve often failed to take successful ideas from the competition and implement them into their own systems. They were extremely late when it came to embracing the idea of online functionality, and then when they finally implemented it, they did a horrible job. The Wii U has a worse online infrastructure than that of the original Xbox. Everything about the Wii U’s online interface is unintuitive and annoying. The Miiverse is pointless, friend codes are horribly inconvenient, and it’s inexcusable that I need to have a Skype chat going on my PC if I want to talk to my friends while racing against them in a public match of Mario Kart 8.

Nintendo needs to rework their online infrastructure from top to bottom. Everything needs to be overhauled and updated. We need a sleek interface with options that are easy to access. We need basic things like voice chat and proper friends lists. The next Smash Bros. needs dedicated servers so it’s actually playable online. If both Sony and Microsoft can provide all these things, and more, then so can Nintendo. If a yearly fee will be required, then so be it, as long as Nintendo is willing to provide a similar service to XBL and PSN, then fans will be willing to pay.

New consoles are known for having weak launch lineups, and they’re usually given a pass, since people are just eager to get their hands on the next gen. Unfortunately for Nintendo, because they’re launching in the middle of the cycle, they won’t getting a free pass this time. The Xbox One and PS4 are just hitting their stride. 2016 looks to be a huge year for both of them, and there’s no reason to think 2017 won’t be strong as well. If Nintendo hopes to sell any consoles, they better have an ample amount of high quality games ready to go on launch day.

Many people, myself included, believe that Zelda Wii U will actually be released on the NX, potentially as a launch title, which would probably be the best way imaginable to kick off a new Nintendo console. But considering the steep competition, will Zelda alone be enough? Maybe, but imagine a new Metroid game ready for launch as well, and maybe a new IP on top of that. While its typically frowned upon to release several major titles at the same time, for this launch, Nintendo really needs to go all out.

Nintendo’s first party titles are system sellers, but 3rd party support will also be vital to this system’s success. Nintendo hasn’t had proper 3rd party support for decades, so if they could launch the NX with some solid 3rd party games, it’d go a long way in solidifying the console’s place in the market. We already know Square-Enix is bringing the next Dragon Quest game to the NX, so why not port over some of their huge 2016 titles, like Deus Ex: Mankind Divided, or better yet, Final Fantasy XV. Again, we don’t know too much about the NX yet, but if the system is using a PC architecture similar to that of the PS4 and Xbox One, and it truly is more powerful than the PS4, then Square-Enix would have few problems porting those games over.

Donkey Kong Country: Tropical Freeze launched on February 21st of 2014. At that point in time, the Wii U had already been on the market for nearly a year and a half. Just after the game’s launch, my youngest brother came up to me and said “hey, we can play that new Donkey Kong game on our Wii, right?”. My brother plays a lot of video games, and he keeps up with the industry. He would never think that the PS3 was capable of playing a PS4 game. Yet somehow, over a year into its life-cycle, my brother still wasn’t aware that the Wii U was entirely different machine than its predecessor. And he wasn’t the only one. The Wii U stands as one of the video game industry’s biggest marketing blunders.

Microsoft opened up the 7th generation of consoles with a bang, launching the Xbox 360 a full year ahead of both the Wii and PS3. Despite the relatively poor sales of the original Xbox, the 360 was able to flourish due to Microsoft’s relentless advertisement campaign. Every gamer across the globe was aware that the 360 was available, and it was a must-have. Sales went through the roof. Fast forward to 2012: Nintendo launches the Wii U a year ahead of the PS4 and Xbox One, but they fail to notify the anyone. Nintendo had a prime opportunity to grab the market by the throat with a strong ad campaign, but instead they assumed their machine would move units based on name recognition alone, which was an outrageous assumption, based on how poorly the Wii did during the second half of its life cycle. This same mistake cannot happen again.

The NX will reportedly feature “industry leading chips“. Unfortunately, we don’t know exactly what that means yet. It could mean the system will have a stronger CPU and GPU than the PS4, or it could mean Nintendo has wasted money on creating an industry leading motion controller, but let’s be optimistic and assume it’s the former rather than the latter. This needs to be the key part of their marketing strategy. The world needs to be notified that the NX is more powerful than the competition. I’m sure Nintendo will have a bunch of quirky ideas for their new machine, and we can safely assume that Amiibo will be sticking around, but please, for the love of god, do not center the ad campaign around things that aren’t going to move hardware off the store shelves. The hardcore Nintendo fans, the ones who’ll appreciate all the little quirky ideas, they’re already going to buy the new machine. What Nintendo has to do is win over the other part of the market, and you do that by showcasing two things: raw power and games. Make the world know that the NX will outperform the competition in terms of graphics and sound. Drop buzzwords like 1080p and 60FPS. For the past two generations Nintendo has released under-powered consoles, and they need to do everything in their power to make the world know that they aren’t making the same mistake again. Their willingness to drop money on a Super Bowl ad for Pokémon’s 20th anniversary is a good sign, because they’re going to need to spend a whole lot of cash on ads for their new baby.

In order for this new machine to even be marketable, they’re going to have to come up with a much better name than “Wii U”. The name will be the foundation of the consoles success, and it’ll need to appeal to everyone the world over. The GameCube was code named “Dolphin” before the official name was announced, so don’t bother trying to decipher what “NX” could stand for, as it probably has no relation to what the final name will be. Nintendo needs to avoid anything overly childish (like “Wii”) that’ll cause a large portion of the market to shy away from the console immediately. They need to keep in mind that the average gamer these days are males in their mid 20s. There’s no need to sound too edgy, and at the same time I think they should avoid being overly nostalgic, as the machine should be seen as the console of the future. A simple and welcoming name is all we need.

The biggest issue facing Nintendo when it comes to marketing the NX, in my opinion, is going to be how they price it. Right now, if you were to walk into a retail store and buy both a Wii U and a 3DS, you’d be paying around $600 (CAD) after taxes. So, if the rumors of the NX being a portable & home console hybrid are true, then will they be silly enough to charge 600+? Frankly, I think it would be insane for them to launch at anymore than 50 dollars over the current price of the PS4. And even that’s too much in my opinion. I think they should launch their machine at the same price as Sony’s. If the NX truly ends up being the most powerful console on the market, Nintendo may feel justified in pricing it higher than the PS4, but at the same time they need to acknowledge that they’ve dug themselves a very deep hole with many gamers. They need to win over as many fans as they can, as quickly as they can. Gamers have a history of voting with their wallet. As successful as the PS2 was, when Sony announced the initial price of the PS3, they lost a lot of support, and they spent years mending that wound. Nintendo cannot afford to make that mistake, especially since they’re already playing from behind.

This is going to be an uphill battle from the start for the NX. I’m sure 2016 will prove to be a very interesting year for Nintendo, and hopefully a successful one as well. Here’s to hoping that they avoid the obvious pitfalls, and set the NX up for success right from the get go.