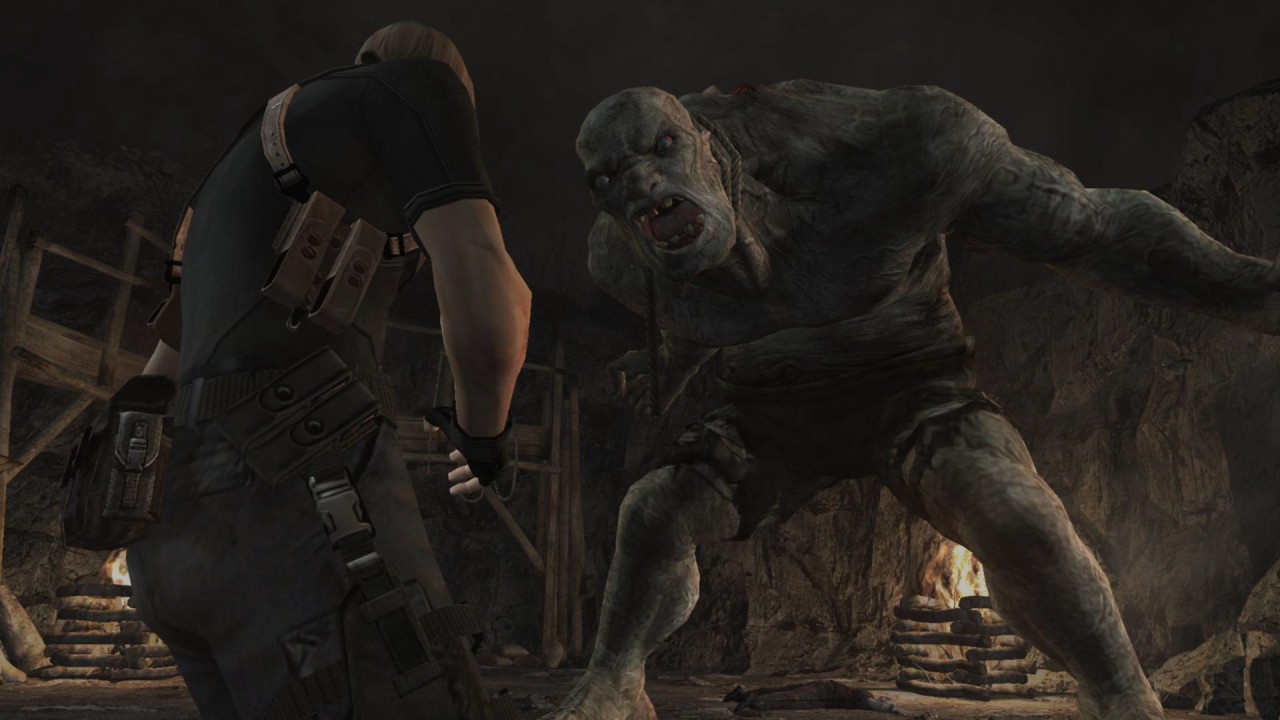 If there was to be one game that has proven to me simply how stunningly polished a gaming experience can be, it would be 2005’s Resident Evil 4 a.k.a. RE4. The masterful adventure places you into the shoes of the wise-cracking ex-police officer Leon Scott Kennedy, as he is tasked with investigating a rural Spanish village in search of the President’s missing daughter. Of course, this situation soon becomes intensely problematic upon Leon’s realization that the many villagers populating the densely wooded village are infected with a lethal virus, turning them hostile towards our floppy haircut flaunting protagonist. Upon eventually escaping this deathly village, traversing through a dauntingly enormous Gothic castle, and finally conquering a Gatling gun-laden military island (complete with a desperate escape via jet ski), it becomes apparent why RE4 stands today as one of the greatest campaigns in gaming.

Both the far less celebrated Resident Evil 5 and Resident Evil 6 attempt to follow in their predecessor’s excellent footsteps by attempting to provide a masterfully balanced blend of both action and horror. Despite certain positive (albeit rare) qualities in each game, both, unfortunately, feature an over-abundance of poorly executed action set pieces, with the minuscule quantity of remaining horror elements simply lacking any form of dramatic impact or overall enjoyability. This glaring flaw is entirely absent in RE4 however, and what exists in place of it is a bizarre yet magnificent concoction of not just action and horror, but everything else in between, from intricate puzzles to charming B-movie inspired comedy and dialogue.

RE4, like many iconic games, takes a plethora of bold and daring risks. The radical departure from the franchise’s fixed camera angles and purely fear focused tone divided certain fans at the time of its reveal and release, and still ruffles the feathers of a minority of survival horror purists even today. Despite this, however, an overwhelming majority confidently view Resident Evil 4 with enthusiastic adoration and accept its masterpiece status. Bringing prominence to the now action game staple ‘over the shoulder camera angle, the overall gaming landscape would more than likely be rather different if Leon had never encountered the horrors of the Las Plagas virus.

Resident Evil 4 is, of course, bursting at the seems with a bundle of positive qualities beyond its aforementioned ‘over the shoulder camera angle, including a unique attache case item organization mechanic, and static aiming to heighten the frequency of unbearably tense shoot outs against the infamous chainsaw swinging Dr. Salvador. With superb pacing of its campaign, marvelously memorable set pieces and boss battles, and a new game plus offering incentives for further playthroughs, Resident Evil 4 effortlessly stands tall above all other entries within its genre.

At the approximate age of eleven, I was lucky enough to experience Leon’s adventure for the first time. Given that my gaming experiences had up until this point consisted predominantly of Sonic the Hedgehog and The Legend of Zelda, I found myself feeling an unfamiliar sense of discomfort facing its dark environments and various terrors. Despite this, in due time I grew to admire, and even adore, Resident Evil 4‘s wonderful utilization of its horror set pieces. The sensation experienced when cautiously wandering through the mutant dog-infested hedge maze, or confronting the nightmare-inducing Regeneradors, is something truly unique to behold.

To this day, I have never completed any game more times than Resident Evil 4 (which I would estimate is somewhere between thirty and forty, spanning multiple different consoles). Whilst its sequels may stumble in its direction, Resident Evil 4 succeeds spectacularly in capturing a truly perfect blend of so many unique elements beyond simply action and horror. Packed to the brim with a mixture of excitement, terror, puzzles and humour, Leon’s now twelve-year-old outing is not just Resident Evil‘s finest achievement, but one of gaming’s finest achievements. It never fails to impress me even to this day, and as a result, it is one of my favourite games of all time.