Life was different in the 90s. Looking back, it feels like the transitioning decade between the Digital Revolution and the Information Age. It was a period of time characterized by Pokémon cards, Tamagotchi, and the arrival of PlayStation into the gaming universe, toppling the established giants of the time. While Nintendo had just released the N64 in 1997 to contest with the new competition, it still had full dominance in the handheld market, and a year later, upgraded the Game Boy system with a splash of color to bring new games to life. 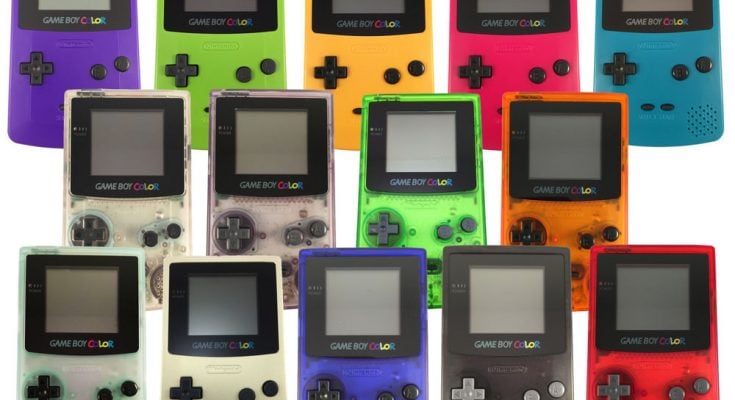 All the colors of every rainbow imaginable.

Perhaps fittingly, the Game Boy color was available in an array of striking and bold colors; some were even transparent allowing the player to see all the mechanics underneath. While a mere aesthetic adaptation to the monocolored original Game Boy, this deluge into iridescence would become a marketing ploy that Nintendo still uses today; the Switch’s joy cons are a great example of this.

There were a few Game Boy Color games that were able to perform on the original Game Boy, most famously Pokémon Gold and Silver.

Appearances aside, the Game Boy Color offered more variety than many consoles before it, largely because it was backward compatible, allowing the console to play games from the original Game Boy. This meant the classic The Legend of Zelda: Link’s Awakening and the iconic Pokémon Red and Blue could still be played on the Game Boy Color, ensuring there was a wealth of viable games to immediately play on the system, rather than just the three launch titles: Wario Land II, Tetris DX, and Pocket Bomberman.

Surprisingly, it wasn’t just backward compatibility but ‘forward compatibility’ that made the Game Boy Color strangely unique. There were a few Game Boy Color games that were able to perform on the original Game Boy, most famously Pokémon Gold and Silver. These oddities were shaped like an original Game Boy cartridge so they could be used on the original console, but designed with color in mind so they would also reap the full benefits of the new system. This allowed the old Game Boy console to still be relevant while the new system stretched its wings. 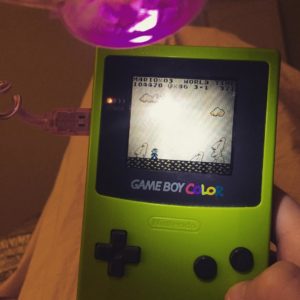 Some of the best childhood memories would have been born due to the Game Boy Color. Many nineties children might remember the worm light that plugged into the Game Boy Color so it could be played in the dark. This was the era before a backlit screen would eventually be introduced into one of the later models of the Game Boy Advance. Many nights of Pokémon would rely upon the presence of an awkward lamp that plugged into your system; inconclusive as to whether it made gaming easier.

In correlation with the time period, pointless accessories became synonymous with the Game Boy Color. Looking back, it wasn’t only the worm light that was deemed necessary; but a cable link, a Game Boy camera, the Game Boy printer, some Game Boy printer paper, a Transfer Pak to connect to your N64, a case for a cartridge, a case for the cases for the cartridges, and a bag for all the cases. Not to mention acquiring friends to make full use of some of these accessories.

With a portable device requiring many gadgets to extend its availability across all time and space, then it’s easy to see why Nintendo stuck a handle on the Gamecube in an attempt to ease transportability with its home consoles. That said, as long as the Game Boy Color could be played in bed while everyone else slept made it mobile enough, and that’s complete with some of the finest games that nostalgia can define. 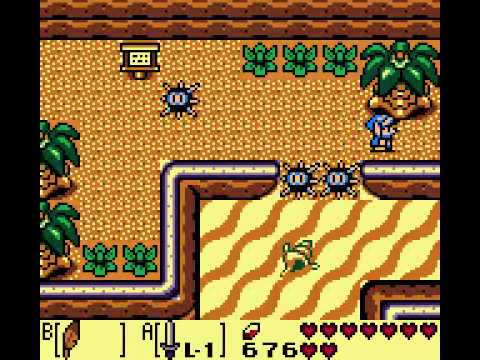 The games had some vivid colors.

Pokémon Gold and Silver were already mentioned but they remain the best Pokémon games to date. Link’s Awakening remains a classic and there’s a great case for Shantae as one of the most underrated Nintendo games of all time. That’s only before the player has indulged further into the large catalog of games that the console offers, some like Stranded Kids became a cult hit that might have been missed even by the most avid gamer.

Twenty years ago seems a world away, and yet strangely, the nineties only feel like yesterday. It was a time of generational change, especially for gaming. Frighteningly, there are now adults today that never experienced the nineties, and as a consequence, may have never witnessed and experienced the Game Boy Color. With its intrinsical link to the Game Boy, it’s difficult for it to be defined as a separate console in its own right. In many ways, it was its era’s 3DS, tightly bound to its predecessor.

However, just like the 3DS is regarded as one of the most successful consoles of all time, so should the Game Boy Color. It was the adaptation the Game Boy needed that ensured handheld gaming is still relevant today. Without it, the Nintendo handhelds we cherish today might have been just a little duller.