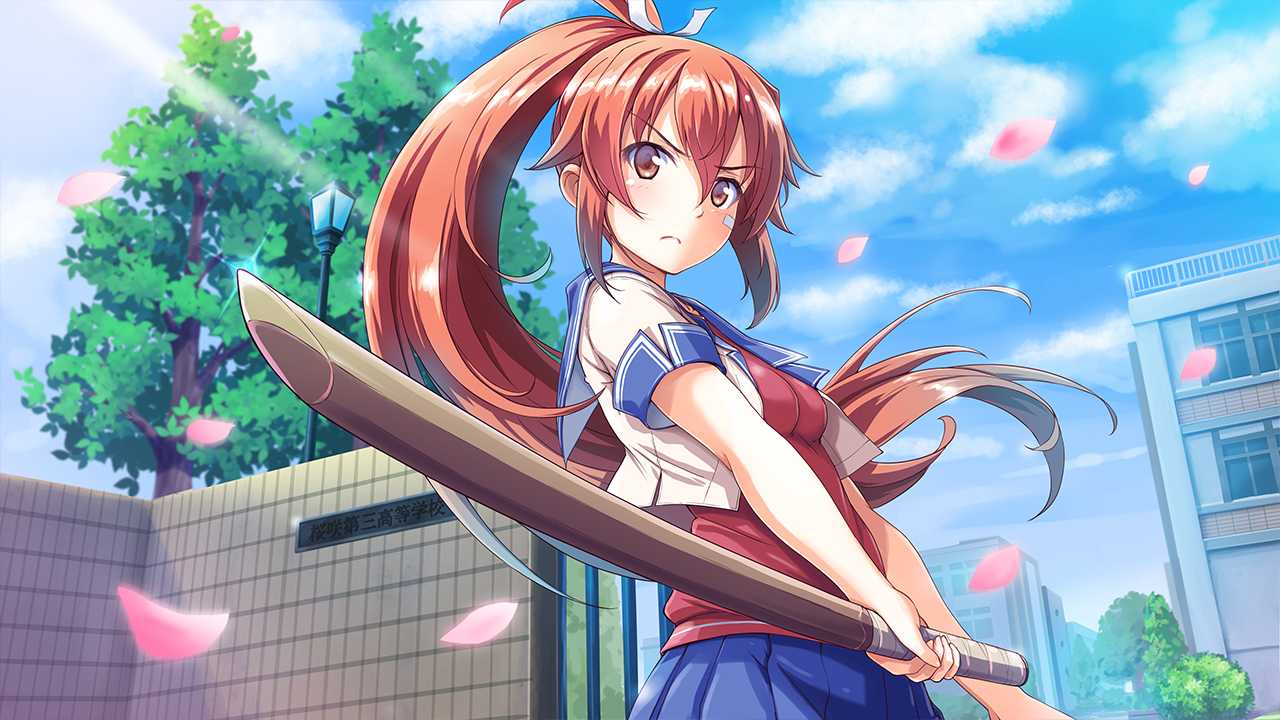 Of all the video game genres that’ve fallen out of favor over the year, on-rails shooters are one of the most tragically forgotten. In 2011, Inti Creates aimed to fill that hole in the market with the original Gal Gun on the Xbox 360, a Japan-only title that fused arcadey shooting with cute anime girls and over-the-top lewd overtones. Now, after 10 years of sequels and spin-offs, the original Gal Gun is finally coming to the West in the form of Gal Gun Returns, a faithful remaster that includes nearly all the DLC from the first release. But how does it hold up all these years later?

Wanting to bring a little love into high school boys’ lives, a trainee cupid attempts to shoot an average unpopular boy with a love arrow but accidentally hits him with 16, causing his attractiveness levels to surge out of control and all the girls in his school to become hopelessly obsessed with him. The downside? By the end of the day he’ll have expended all of his attractiveness for the rest of his life and will never be able to get a girl to fall for him again. Thus, Tenzou (the boy) sets out with Potako (the cupid-in-training) to secure a girlfriend before the sun goes down, fighting off all manner of love-crazed girls in the process.

For as ridiculous and indulgent as the premise is, it sets the tone perfectly for what players can expect. The Story Mode features four substantially different heroines to pursue, with each route having a good and bad ending depending on the dialogue choices you make at the ends of stages. The girls all fit squarely into common anime/visual novel archetypes, but they’re fun to get to know nonetheless, and their interactions with Tenzou are entertaining (if not eye-rollingly silly). Each heroine has different interests, personality quirks, and relationships with the Tenzou, and keeping their preferences in mind (along with a little guesswork) directly impacts these interactions.

Mechanically, the meat of Gal Gun Returns is relatively straightforward. The camera mimics a first-person viewpoint and moves on its own, and it’s up to the player to shoot as many girls with “Pheromone Shots” as possible to satisfy them and keep them from attacking Tenzou. I played on Switch, and while the controls are generally serviceable, the shooting doesn’t feel especially great, especially when trying to go for “Ecstacy Shots” (the Gal Gun series equivalent of one-hit kills). Naturally, gunfeel obviously wasn’t the priority here, but it still could’ve been tweaked a bit to be more satisfying and precise.

Thankfully, tight shooting isn’t necessarily needed here to succeed. Returns is generous with screen clear time, and the formations the girls take in approaching you rarely require masterful aiming to counter. The dynamic sequences that do happen–girls darting between lockers, running down the hall, and so on–add a good bit of variety to each stage and help keep things going at a fast pace. These stages are meant to be replayed many times over, and Inti Creates did an admirable job of keeping the moment-to-moment gameplay engaging no matter the difficulty level.

Of course, you can’t talk about Gal Gun without talking about Doki Doki Mode. As you shoot more girls with pheromones and raise your score, the Doki Doki gauge in the corner gradually increases until it’s ready to be unleashed on a girl of your choosing. The then perspective shifts into a one-on-one enter with said girl, and the player is tasked with shooting her “most sensitive areas” with the gun to max out a gauge on the side of the screen and bring her to ecstasy. It’s a pretty spicy ordeal the first few times, but it quickly becomes just another way to rack up points and clear rooms (after maxing out the gauge, everyone that was on the screen when you entered Doki Doki Mode gets auto-satisfied).

Like most on-rails shooters, the original Gal Gun was designed to be short but highly replayable. Returns doesn’t add any new routes or stages, but it doesn’t necessarily need to; there’s a good deal of content here to dig into. Most substantial is the cast, which features over 70 unique students and teachers instead of the nameless fodder enemies that are so common in the genre. Every time you enter Doki Doki Mode with a girl more information in her character profile (accessible from the main menu) is unlocked such as blood type, measurements, and eventually a bit of backstory. Since Doki Doki Mode isn’t constantly accessible (except on the easiest difficulty), trying to fill out every profile will provide some solid replay value for fans looking for reasons to continue revisiting stages.

Aside from Story Mode, there’s a Score Attack Mode, an interesting multi-girl Doki Doki Mode called Doki Doki Carnival, and a wealth of DLC to explore. Whereas Gal Gun titles typically have hordes of costume DLC sold alongside them, fans will be happy to know that Returns includes nearly all of the extra costume DLC from the original. There’s a great amount of variety here, and though all the animations and locations stay the same, switching up the outfits of the girls, heroines, and even Patako helps keep runs from getting too stale.

Where Gal Gun Returns shines the most, however, is in its presentation values. From the beautiful animated intro to the absolutely gorgeous new CGs found throughout the story, it’s clear a lot of love has been put into this remaster. The environments are far from dazzling on Switch, and the same character animations are reused constantly, but enough attention has been paid to the girls themselves that these blemishes never detract too much from the experience. Every girl looks distinct, expressive, and has her own unique voice actress. In fact, all of the dialogue in Story Mode–and there’s a decent amount–is fully voiced, albeit in Japanese. It would’ve been great to have a dual audio option, but the production level is still impressive nonetheless.

Gal Gun Returns is a fun, relatively mindless on-rails shooter that serves as a solid entry point to the series. There are a wealth of customization options to keep the game’s relatively short runtime fresh, and the overall facelift (even for the Switch version) is quite noticeable. However, know going in that this is an arcadey shooter with a sexy coat of paint, not a sexual game in the guise of a shooter. There’s fanservice galore and the Doki Doki Mode definitely skirts that line, but by and large fans of Ghost Squad should find more to love here than Nekopara enthusiasts.