Nintendo and Cygames’s collaborative mobile title, Dragalia Lost, has been out in the US, Japan, and select other territories for over three weeks now, and in that time has earned $16 million in revenue, beating out the launch Nintendo’s own Animal Crossing: Pocket Camp. Players have since had the chance to grow accustomed to the action-RPG systems in play, as well as participate in a full-scale raid event that lasted over the course of ten days.

However, it’s more difficult to judge these sort of free-to-play, gacha-style mobile games compared to traditional console titles. This is due to how a lot of the enjoyment derived will vary based on each player’s luck, and also how these are living games with content added on a regular basis. That said, there are still some reasonable conclusions can be drawn at this point about Dragalia Lost. Here are four things the new IP does right in the context of the mobile market, and four things it needs to improve on if it wants to have legs beyond its successful launch.

The most obvious aspect of Dragalia Lost to even someone who hasn’t played the game is just how good it looks and sounds. Despite the chibi art style, each character is portrayed with a level of crisp detail that gives each one a distinct appearance from the last, even at a glance. Flashy effects punctuated by short voice quips give weight to character skills and attacks that up the intensity of battles. Even the menu UI pops across the board with vibrant colors, irregular shapes, and jovial music. 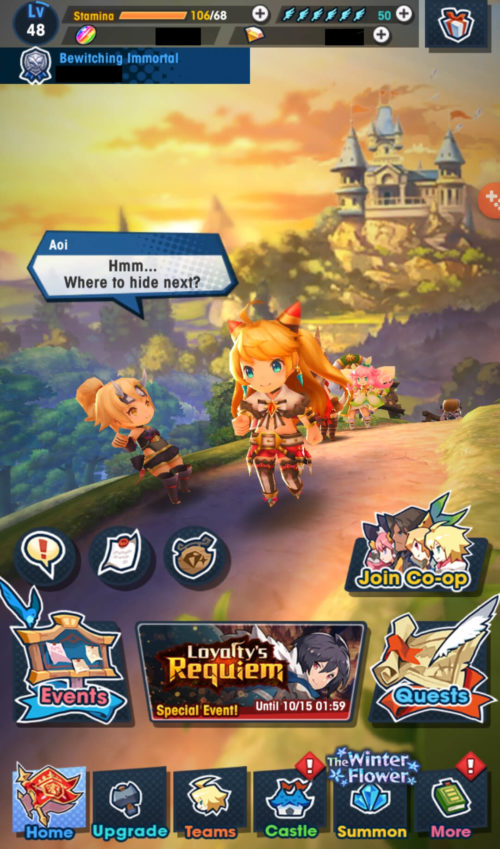 The numerous vocal tracks featuring Japanese singer DAOKO (well known for her “whisper rap” style) are rather astonishing, and create a distinct feel-good vibe that makes even browsing the in-game shop a joy. That these vocals can be turned off for those who don’t care for them shows a level of commitment Nintendo and Cygames are making to ensure this title’s success not just within Japan.

2. A Story Actually Worth Something

Story isn’t usually a priority for mobile games. Cygames’s own Grandblue Fantasy is one of the rare exceptions, and fortunately, Dragalia Lost seems to be following suit.

The tale of a chosen prince rising up to fight against an evil empire is a well-trodden one, and Dragalia Lost doesn’t pretend otherwise. At first, it feels like the story is just going through the motions to check off items on a list of plot points. Partway through, however, the narrative does see a moderate shift. While it’s not an earth-shattering plot twist by any means, this shift is executed in such a way that actually instills some amount of dread and foreboding. The outlook doesn’t look great for the party by the end of chapter six (which is all that is currently available), making future installments in the story an exciting variable to see unravel next.

3. Lower Rarity Units Can Get the Job Done

All too often in gacha-style mobile games developers will make the rarest units so far and beyond in power as to render lower rarity ones almost (if not completely) unusable. Grandblue Fantasy is especially guilty of this, with the vast majority of content essentially requiring a full team of five-star units to remain competitive with other players.

Fortunately, Cygames doesn’t seem to be following that model in Dragalia Lost. Nearly all the content currently available in the game can be reasonably cleared with a team of 3-star and 4-star adventurers (there are no 1 and 2-star adventurers). Even for the one quest that can’t — High Midgardsormr Trial — the number of successful runs is so low it’s unclear if it’s even meant to be beaten this early on in the game’s lifetime. 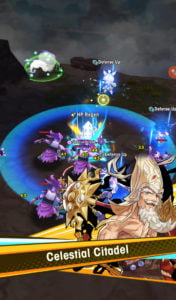 The purely cooperative style of play in Dragalia Lost means players aren’t constantly jockeying to have the edge over one another. While it’s entirely possible that player-vs-player elements can be introduced down the road, there is currently no indication of this, especially when Grandblue Fantasy had them right from the start with its MVP system. While natural five-stars will always hold that special allure, a victory with a team of three and four-star heroes is the same result, and Dragalia Lost provides players a game structure to do just that.

The most important aspect of any game in any genre on any platform remains “Is it fun?” The answer here is a firm “Yes.”

With the exception of one particular drawback (see below), Cygames’s solution for creating an action RPG on mobile devices is rather elegant. Being able to swipe and tap anywhere on the screen and not limit oneself to virtual buttons makes for a more comfortable experience than one would initially think. The joys found in deftly evading attacks and exploiting openings to punish foes are present in full force, and the aforementioned presentation takes those feelings of triumph to heights not often seen in mobile games.

This carries over outside of combat with the Might system. Attack, HP, skills, equipment, and many other aspects all factor into a character’s overall combat capability, represented as “Might.” Making this number increase through various enhancements and improvements provides a distinct sense of progression and gratification that complements the flow of the game.

For the most part, Dragalia Lost has done a good job at translating action-RPG controls for use on a phone screen. The one aspect it falters on severely, however, is whenever the game requires you to press and hold the screen. This is most relevant during combat when trying to execute a Force Strike — a charged attack. 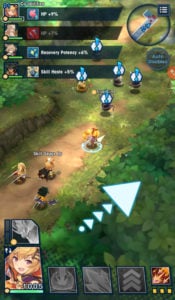 Force Strikes are the most efficient way to break enemy guards, as it would take a substantial number of normal attacks otherwise. However, the game will often mistake a touch and hold gesture as a touch and slide one, resulting in your character moving instead of charging an attack. This is especially frustrating in the heat of frantic battles, where it’s important to break guards as soon as possible.

This even carries over into regular menus outside of combat when attempting to press and hold a character or item to view their details, as the game often mistakes this for the player wanting to scroll the menu instead. If Cygames and Nintendo really want to sell the possibility of an action RPG on mobile devices, this issue needs to be addressed.

There’s no way to sugar coat this. The AI controlling your three other party members when playing alone is bad. Really bad. This wasn’t so much an issue during launch and the first raid event, as there were ways to compensate by playing in co-op. However, the current Halloween event has quests that are required to be played solo, and that’s when the stupidity of the AI is on full display.

The AI demonstrates little to no sense of self-preservation. When targeted by an AoE attack, they will always wait until the very last moment to even attempt to dodge out of the way. Half the time they don’t, and the other half they may be in an AoE so large that it’s too late to get out anyway. With healing being an arguable luxury in this game, that makes it very difficult to keep your team members alive, especially when they take an attack to the face right from the start of a quest.

Understandably, there is a fine balance between making AI companions suicidal lemmings and making them invincible supercomputers. They are just not up to snuff in Dragalia Lost. Either the AI needs to be tweaked to at least be able to dodge simple attacks effectively, or future solo quests need to be tweaked to compensate for their ineptitude.

This isn’t referring to the process of collecting crafting materials; yes, procuring them is a bit of a grind, but it’s a reasonable grind for a game such as this. It’s the crafting process itself that is too bloated for its own good. 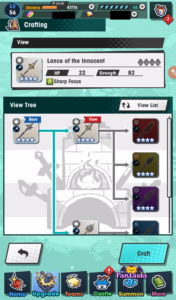 Crafting a high-tier weapon is a multi-step process that involves making a large amount of lower-tiered weapons first. Those low-tier weapons must then be fused together into a single weapon with an increased maximum level. That fused weapon must then be fully leveled up using other fodder weapons and materials. That max-leveled, low-tier, fused weapon can then finally be upgraded to a weapon of the next tier. And that’s only for the first to second tiers, let alone the third tier!

Even if a player has all the materials necessary to craft the highest-tier weapon, the sheer process to do so is so unnecessarily long and laborsome. Navigating through the multitude of menus takes much too much time, and for a platform of gaming that is supposed to fit into one’s own schedule, that’s not a good thing. The requirements for high-tier weapons are fine and don’t need to be changed — the process of actually making them just needs to be streamlined.

This last point isn’t much of an issue now, but can potentially turn into one in the near future if not addressed. There are currently eight different weapon types in Dragalia Lost, and they all handle quite differently from each other. They each have a feel that is unique and distinct, and that helps keep combat fresh. 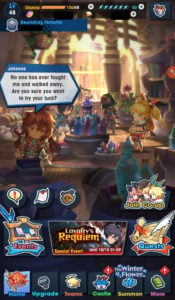 The reason this isn’t a problem now is because the pool of characters is limited, and most players will be working with only a modest portion of that (unless they’re big spenders). As such, the sameness of the characters within the same weapon group won’t be readily apparent for most part yet. As the game grows and more units are added, however, this could prove to be a problem.

If Dragalia Lost doesn’t find a way to differentiate future characters in meaningful ways then it runs the risk of losing player interest in upcoming content. One thing Grandblue Fantasy did exceptionally well was creating characters with battle mechanics that fit a niche all their own — or at least different enough from others to still be unique. Hopefully, Nintendo and Cygames will take this into consideration when creating new units in the future.