The recent Nintendo Mobile Direct featured our first detailed look at their next smartphone endeavor in collaboration with mobile game developer Cygames. Dragalia Lost is an action-RPG played in portrait mode on smart devices with in-app purchases used to open the equivalent of lootboxes to obtain new units, equipment, and summons. This “gacha” style of play is par for the course for free-to-start mobile games and tends to prove a more lucrative model than an upfront charge.

The mobile gaming market has been growing each and every year with it even being projected to account for just over half of all revenue for the global gaming industry for the year of 2018! It’s no surprise that Nintendo and Cygames are both continuing to aim for a slice of the pie with their new partnership. 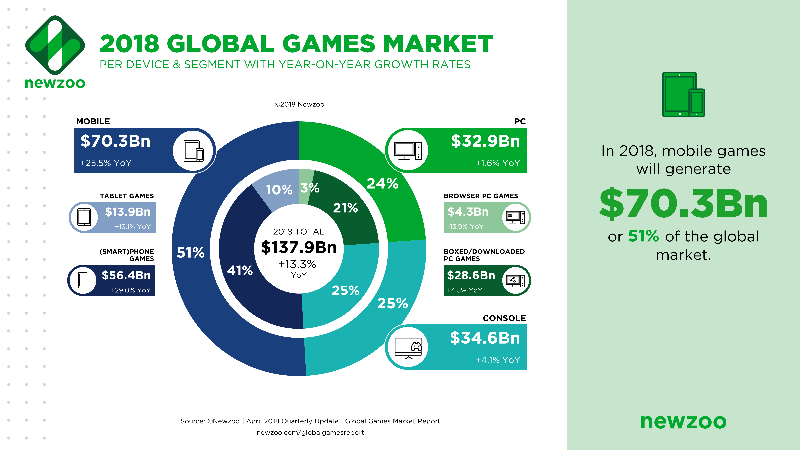 Looking at the accomplishments of both companies, Nintendo’s Fire Emblem Heroes and Cygames’s Grandblue Fantasy, it would be easy to view Dragalia Lost as poised for success. Upon closer examination, though, it becomes apparent that the shape-shifting adventure sits in a bit of a unique situation. There are numerous obstacles it will have to overcome that neither of Nintendo’s nor Cygames’s previous titles had to face to carve out a place in the mobile market.

The Lay of the Land

It’s important to understand what kind of audience a product is targeting before analyzing its place in the market. From the Direct, and arguably since its initial reveal back in April, it’s clear that Dragalia Lost is aiming for the anime crowd with a penchant for grinding to get the raw dopamine induced pleasure of making numbers get bigger and bigger.

For that reason, mobile juggernauts with completely different genres, like Candy Crush Saga and Puzzles & Dragons, or very Western presentations, like Clash of Clans, won’t necessarily be direct competitors. Instead, Dragalia Lost will be competing against the likes of games such as Fate/Grand Order, Final Fantasy Brave Exvius, and Azur Lane as well as Nintendo’s own Fire Emblem Heroes and Cygames’s Grandblue Fantasy.

A look at these competitors reveals something quite telling about the mobile gaming market, especially in Japan. Many of the most successful anime inspired mobile games are already based on something well established. They’re either using a prominent anime or game series as a foundation or anthropomorphizing objects, such as boats, guns, and even food, to capitalize on individuals knowledgeable on those subjects. Even Granblue Fantasy, which looks 100% original at first glance, borrowed many of its world and story elements from the 2012 title Rage of Bahamut. 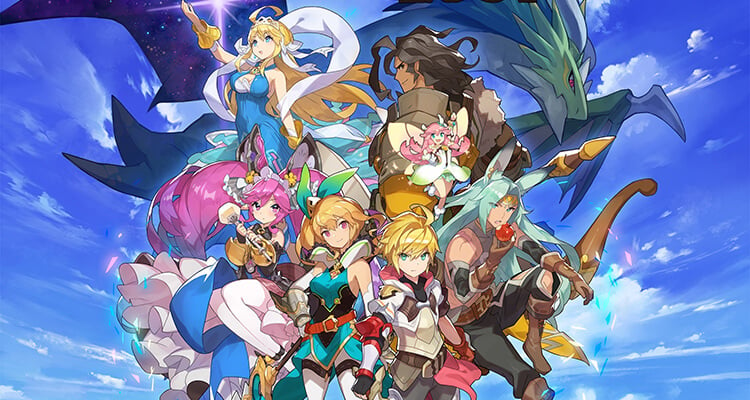 Dragalia Lost fits in neither of these categories. It is coming on to the stage as an entirely brand new IP with no (obvious) connections to any franchise prior. It won’t have the advantage of being immediately recognizable by fans of a series or niche culture casually browsing through the app store. It does have the advantage of having the pedigree of both Nintendo and Cygames behind it, but that advantage only applies to those who follow gaming news in some capacity and that is far from the majority of the market.

That’s not to say it will be impossible for Dragalia Lost to take off due to its lack of connections, Summoners War’s success is proof positive of that, but Nintendo and Cygames will certainly have to put in a little more legwork to get the word out than any of their previous mobile endeavors.

Beyond the marketing aspect there’s the matter of how the game actually plays and this is another area where Dragalia Lost will potentially stumble based on what has been shown so far.

When it comes to mobile games ease-of-access is paramount. Most people carry around their phones at all times and being able to whip it out and put it away at a moment’s notice is a strength of the medium.

Dragalia Lost being played in portrait mode plays a big role in this accessibility as it allows, in conjunction with simple controls, players to effectively play with one hand. This lets commuters in countries and cities heavily reliant on public transportation, such as Japan, to play on buses and trains while standing and holding onto support with one hand. It’s also just plain more convenient for many to hold their phone with one hand using simple gestures rather than both. 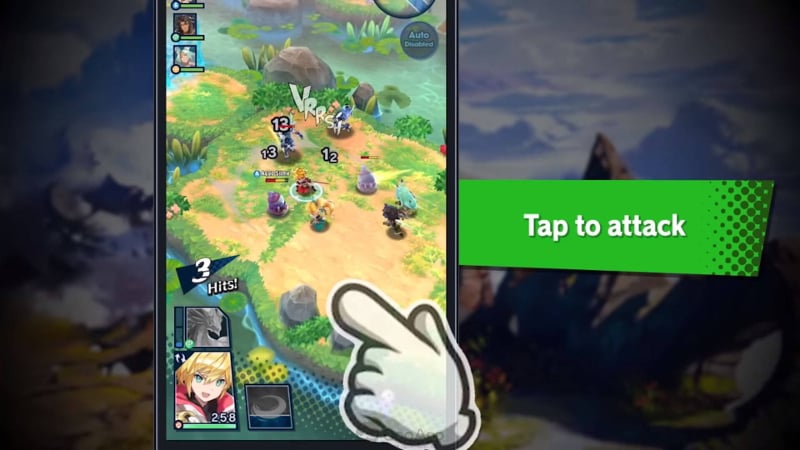 The effort put into making this accessible framework seems to clash with what kind of game Dragalia Lost is at its core, though: a real-time action-RPG. Again, mobile games benefit from a pick-up-and-play style and an action-RPG makes that more difficult.

Sure the game could always be paused but if someone does that in the middle of a hectic fight, puts their phone away, then resumes many hours later they could have potentially forgotten the details of what they are doing and get caught off-guard. It’s not like many turn-based mobile games that have natural stopping points in-between turns.

Action-RPG mobile games do exist, one such being Star Ocean Anamnesis which side-steps the timing issue by having very short battles with regular encounters being over usually within thirty seconds. This is on top of the aforementioned advantage of being a licensed game of a well-known franchise.

Dragalia Lost, on the other hand, doesn’t seem to be so simple. From the Direct it appears that each stage is, at the very least, a moderately crafted environment to traverse with branching paths to explore, traps to avoid, and enemies to strike down. It doesn’t seem like a quick in-and-out experience and if it’s anything like Grandblue Fantasy before it, players will be repeating these quests a lot grinding for whatever resources are in this game.

Of course, this all remains to be seen since what we have to go off of for now is a handful of gameplay clips. Fortunately, an Auto-Battle button can be spotted in the top right of the screen which always helps to alleviate monotony in these sorts of titles. Even so, the fact remains that this action style-of-play is a bigger question mark when translating to a mobile game than turn-based games.

Of course, we can’t talk about free-to-start mobile games without going into in-app purchases (IAP). This is where Dragalia Lost’s situation becomes more similar to other mobile games but it’s still worth discussing.

A mobile game can be free-to-play friendly but if no one spends a dime it won’t stay afloat for long. It’s an art of give-and-take, one that Cygames has refined down to a science with Grandblue Fantasy. One does not have a Tokyo Game Show booth that rivals that of Sony’s without knowing what they’re doing, after all.

This entire booth space for a single mobile game mind you.

Something worth noting, however, is that Grandblue Fantasy never received an official overseas launch. It has an official English translation within the game, allowing Westerners to jump in, but it is still the Japanese server itself. As such, it becomes a little bit more complicated how their IAP structure will transfer over.

It’s unclear how Westerners will take to having separate in-game premium currency and IAP currency, for instance. This means that if a player wants to purchase a “pull”, they are forced to purchase the full price of the pull and are unable to simply fill in the gaps of what they have already earned in-game. Granted, this probably won’t affect the big spending “whales” of the game but it could deter players who don’t mind spending a bit here and there, and that lost revenue can add up. 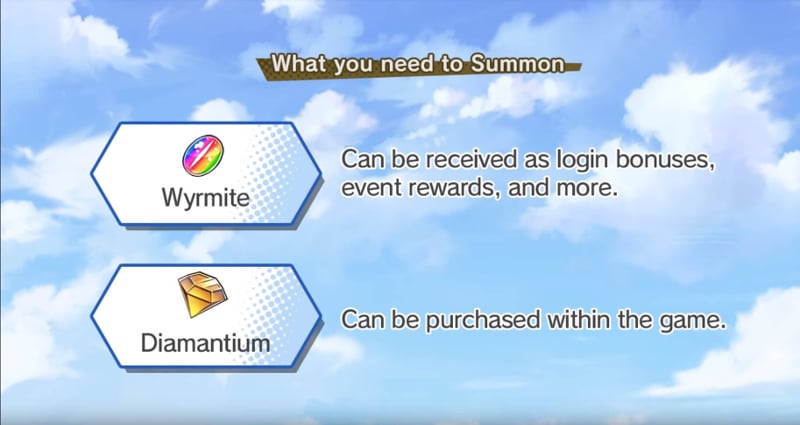 All of these factors — reputation, gameplay style, and monetary structure — will be major contributing factors to Dragalia Lost’s success. While this may come across as a no-brainer at first glance and can be applied to most other games, when viewed within the confines of the mobile market, specifically, Dragalia Lost’s position becomes a little more variable. Whether that works to its advantage or disadvantage is still to be seen.

We won’t have to wait long to find out, though, as Dragalia Lost is getting a simultaneous release in Japan, the US, and other regions on September 27th for iOS and Android devices.