With the release of Pokkén Tournament another Pokémon spin-off title has come into existence, and the franchise list has grown yet again. With this immense arsenal of Pokémon goodness, fans of the series enjoy a mammoth degree of supplemental material to choose from, and these games have enabled the series to branch out to fans of numerous genres. If you enjoy the world of Pokémon but desire different gameplay from the core series, the spin-offs grant you a welcome change of pace, offering beat ‘em ups, photography challenges, puzzles, and much more (most recently a fighting game). In celebration of Pokkén Tournament joining the ranks of Pokémon spin-off glory, here are a few titles that particularly achieve greatness.

Upon booting up the beautiful mayhem that is Pokémon Rumble, the game immediately resonates. Beat ‘em up games generally produce superb arcade action, and Rumble positively delivers said action in the form of adorable little Pokémon toys. With many different Pokémon to choose from and a wealth of different attacks to try out, there are nearly limitless ways to trade in the classic turn-based strategy for a good old-fashioned beat down. Best of all, Rumble sports a multiplayer campaign as well, and the satisfaction of mowing down miniature Pokémon armies with friends is strong. 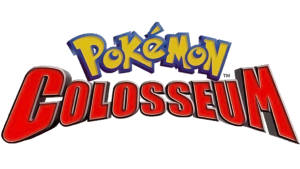 Since the release of the original Pokémon Stadium, Pokéfans were eager to get their hands on a game that combined the visual style of Stadium with the RPG elements of the core series, and Nintendo promptly delivered with Pokémon Colosseum. Instead of downing gym leaders for essential badges, the central task revolves around finding corrupted Pokémon and preventing them from becoming mindless war machines. This title mixes the RPG attributes from the core series with the flashy battling scenes from the Pokémon Stadium series, and the end product is a pretty sight to behold. This title best suits those who wish to branch out from the core series but do not want to wander too far from the traditional formula.

Perhaps the most simple of all the spin-off titles, Pokémon Snap offers players a chance at Pokémon photography glory. In this title Professor Oak decides to eschew the traditional studying method of capturing Pokémon in favor of analyzing photographs, and it is up to you to drive your ZERO-ONE across Pokémon Island and obtain the desired snapshots. This is achieved on-rails, providing an arcade-like environment as you snap to your heart’s content across a beaten path. Will you find satisfaction as a Butterfree snapshot expert, or will you strive for masterful shots of Mew? 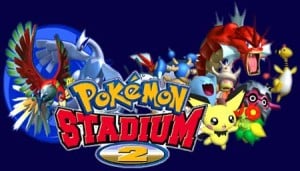 While Pokémon Stadium kicked off the series in the West, Pokémon Stadium 2 majorly advanced the series and provides the best quality experience out of the bunch. Adding in Generation II, Stadium 2 offers a stellar battling experience, and if you are in possession of any of the core games up to Generation II, your overall gameplay experience receives a tremendous boost. The mini-games, while packaged as extra content, present a tremendous deal of entertainment for when you need a break from battling (Clear Cut Challenge is my favorite). Also, the Game Pak rocks half gold, half silver hue! That is truly a thing of beauty. 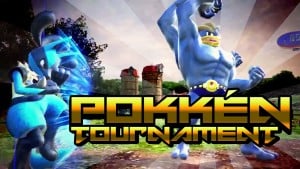 At the time of writing this article, Pokkén Tournament has only been out for less than a week. Despite this, based on what we have seen and what we have played, one can safely say that this title shall stand among the spin-off elite. First of all, Pokkén Tournament is a Pokémon fighting game. Need I say much more? Fans have been licking their chops at the prospect of issuing a Pokémon smack down in the style of a fighting game for decades, and the time has finally come. More importantly, Pokkén Tournament is a quality fighting game with balanced gameplay, magnificent visuals, and accessibility to all demographics. I will be looking forward to laying down the law with Lucario for quite some time.

Of course, this is not even close to the entire list of Pokémon spin-off titles available; readers with an affinity to Pokémon are encouraged to at least sample each series. By taking a break from the core games and taking a trip to the land of spin-offs, a substantial chance exists that your Pokémon fandom will deepen, and that you will learn that the franchise hits on more levels than previously imagined. We shall all be looking forward to many more spin-off titles in the future, and Nintendo’s commitment to pushing Pokémon to the next level certainly shows no signs of faltering.