Gamers were treated to a ton of new Fire Emblem announcements during the latest Nintendo Direct, including new details and footage of the previously announced Fire Emblem Warriors. Developed by the same team that made Hyrule Warriors, this upcoming spin-off in the Fire Emblem franchise plans to take the action packed gameplay of the Dynasty Warriors titles and inject it into the mythos of everyone’s favorite Nintendo-made strategy RPG.

The Fire Emblem franchise has always been about waging epic wars with enemy armies, albeit in a slow-paced strategic environment. The Dynasty Warriors gameplay formula seems like a perfect fit for the first real-time Fire Emblem game, as the player is still taking on massive armies on an even larger map. While the combat is certainly heavy on the action, the micro-managing skills needed to direct the rest of the army definitely add some strategy elements to the game. 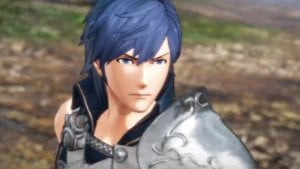 While not much was revealed about the upcoming game, there were certainly a few interesting tidbits that are worth getting excited about. Nintendo has clearly learned from Hyrule Warrior’s release, as the release formats are being handled in a way that makes more sense. Hyrule Warriors was thought to be a Wii U exclusive at launch, and when a 3ds version was announced at a later date, it left many fans confused as to which version was superior. Some of the future content was only available on the 3ds, which seemed like a bizarre decision on Nintendo’s part.

Even more troubling was the fact that the game ran terribly on the standard 3ds model, yet the game was not a New 3ds exclusive. That means players could purchase the game without knowing that it was really only playable on a New 3ds, which caused a great deal of frustration. It was just a confusing launch that divided the surprisingly large community of players that enjoyed Hyrule Warriors. Luckily, Fire Emblem Warriors seems to have learned from those mistakes.

During the direct, Nintendo announced that Fire Emblem Warriors will be coming to both the Switch and the New 3ds, which remedies both of the issues discussed earlier. Fans will not have to deal with the issue of having to guess whether or not a better version will be released later, as the updates and improvements will most likely come to both games at around the same time. Launching both versions of the game at the same time is much better for the consumer, as they won’t feel like they have to buy both versions to get the full experience. The 3ds version of the game will also be a New 3ds exclusive. This means that the game should still be able to perform adequately on the weaker hardware. 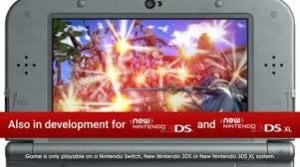 Fire Emblem Warriors will only be playable on the New 3ds, not the older model.

Fans got the chance to catch a brief glimpse of what the game will look like, and it’s exactly what they were expecting. High-octane action and over the top combos galore, with hoards of enemies just waiting to be decimated. Unfortunately, gamers will have to wait until Fall 2017 in order to get their hands on Fire Emblem Warriors, but what has been revealed so far looks promising.

Are you looking forward to Fire Emblem Warriors? Did you enjoy Hyrule Warriors? Let us know in the comments below or on Twitter!