Final Fantasy XV is a road trip that is going nowhere, and not very fast. It may have made waves in the fandom community, but those waves were tidal in nature and may well have destroyed the modicum of credibility onto which Sqaure Enix was clutching.

My kingdom has just been destroyed. My father has just been betrayed and brutally murdered. My fiancé may or may not be dead. But yeah, sure, let me go catch some red frogs for a socially challenged scientist. While I’m at it, I’ll collect some dog tags for Dave, the hunter who seems to be stalking me. If that doesn’t keep me busy, I may as well collect tomatoes for tipster #43 and hundreds of other random items for a further barrage of inconsequential NPCs.

So your dad died, huh? Well, get me red frogs. Pronto.

Is this what Final Fantasy has come to? No comprehensible story and hundreds upon hundreds of banal fetch quests? Unfortunately, the answer to that is a resounding “no shit”. Full disclaimer before I continue: I have read many a review praising the likes of this “fantastic entry into the franchise”, and all I have in response to reviews such as these is: have you ever played a Final Fantasy game before? I do not mean to offend my fellow reviewers, but it seems that many of them were far too caught up in the hype and pretty graphics to take a moment to sit and consider the integrity of the story or game mechanics.

Don’t get me wrong, I love Final Fantasy. And yes, I’m not ashamed to admit that I loved Final Fantasy XIII and its sequels for one reason: there was a heart and soul to the story: an essential feature of Final Fantasy games, without which, there would be no point in playing whatsoever.

Final Fantasy XV is a mess. I discovered this heart-breaking truth a mere three chapters into the game. I was resolved to love the latest installment – really, I was – but there are only so many meaningless side quests one can stomach before the novelty wears thin. Yet, I stuck it out, hoping that at some point, the game would turn around and surprise me with a heart-warming scene – hell, I’d have settled for a comprehensible motivation egging me on to complete the dreary plot. Alas, not once did the Final Fantasy XV reel me in. Speaking of reeling, why on earth would Square Enix think players would find it fun to spend hours on end playing a dull mini-game to catch fish? Is that the only talent that the Crown Prince of Lucis is capable of? Why, yes, as it turns out, because he is inept at conversation or showing the slightest modicum of real emotion.

In fact, let me break the game down to you: you’ll spend around 40 hours completing meaningless side quests, then spend anywhere from 2-3 hours driving to said side quests in a car exclusively equipped with Final Fantasy ‘nostalgia’ music (nothing more fun than watching four guys do nothing for upwards of 5-minutes at a time), after which you’ll fight enemies now and then while listening to asinine puns spouting from your companions on a regular basis. That’s it.

You’ll be seeing this image A LOT.

Let’s be honest: there are three essential aspects of any Final Fantasy that must be present in order to be deemed a worthy entry into the series: story, memorable characters, and a heart at the center of it all. Final Fantasy XV doesn’t come close to achieving any of these.

I won’t give any of the story of the latest entry away (as if there was one), but let us ponder for a bit what actually made previous titles playable. Let’s not kid ourselves folks: JRPGs are not renowned for their coherent plots. Though, I daresay, that is the charm. A convoluted, emotionally charged, often unintelligible story requiring rigorous concentration is the lynchpin of any Final Fantasy tale.

Final Fantasy VIII had more twists and turns than a back road racetrack, yet it all came together at the end. Final Fantasy XIII was linear in its first installment, spatially-challenged in its second, and emotionally convoluted in its third; yet, there was always a purpose behind it. We knew what the central problem was and we played towards a clear goal: save the planet/time-space continuum/souls destined for a new world. To make this clear to the player, the game’s began with an exhilarating fight scene to kick things off.

Final Fantasy XV begins with our ‘heroes’ pushing a car towards a scantily-clad mechanic with the most grating accent I’ve yet to hear in a dubbed game thus far. It does not exactly inspire excitement for what is to come.

The biggest problem with Final Fantasy XV is its multiple tie-in media, including the prequel film, Final Fantasy: Kingsglaive. Having seen the film myself, I understood the short scene in which Lady Lunafreya presented the Ring of the Lucii to the player. For those who have not seen the film, this scene could only be construed to players as: 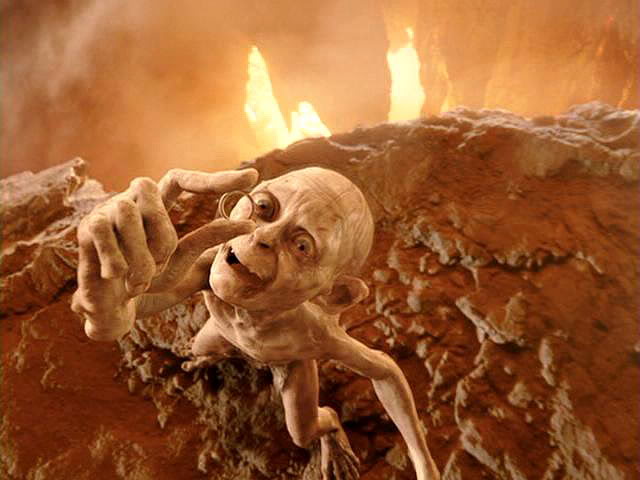 So much for “A Final Fantasy for Fans and First-Timers”… Pretty much the only female representation in the game.

The supporting cast of a Final Fantasy game is meant to elicit emotion from the player. Aerith’s death punched players in the stomach harder than a wrecking ball. Rinoa’s sweet, happy-go-lucky attitude not only kept the team on their toes – not to mention thawing the heart of the emotionally-inhibited protagonist, Squall -, but it also kept the spirits of the player up; and Zell, well, Zell was just too frigging cute. The scene in Final Fantasy X, in which Yuna forces Tidus to laugh in order to rid him of his worries, was charming and adorable, if awkward for the characters watching.

Then for the infamous Final Fantasy XIII: yes, Snow was an arrogant dope. Yes, Vanille was just typical JRPG fluff. Hope was annoying to the point of wishing you could kill your own party. Thing is, even though they grated on the player, we still remember them. They made us feel rage and annoyance. However, there were redeeming characters: Fang was strong and protective over Vanille in either a sisterly way, or Final Fantasy saw its first gay couple – the jury is still out. Sazh was, by far, my favourite character of the trilogy, as he was not only the clown of the group, but also had a range of emotions that I have yet to see in an installment of Final Fantasy.

Now let us examine the supporting cast of Final Fantasy XV: Cindy, the half-naked mechanic; Cid, the old codger who thinks he can boss around the prince; Dave, the stalker; Obligatory-Purple-Haired-Villain; and a myriad of no-name and no-one-cares individuals, all characterized by mind-boggling accents in a fantasy world taken straight out of the American Midwest. Let us not forget our dashing heroes: Ignis, the know-it-all who cannot pass a leiden pepper without peeing himself over his newly concocted recipe; Gladiolus – the muscle-man and pain-in-the-ass coach who thinks morning races are fun; Prompto – the self-absorbed, love-sick pretty-boy who can’t seem to get laid (the amounts of selfies he takes could partly explain that); and of course, our protagonist, Noctis – the prince with absolutely no personality and even less convincing ’emotional outbursts’. Yeah, I’m sure we’ll remember these guys for years to come.

I’ll keep this one short. There is no heart to this story. No soul. No charisma. No nothing. It is so overwhelmingly dull and monotonous that it makes Hatoful Boyfriend look like a Game of the Year title.

I play games for the emotions they elicit in me. This one elicited only one: nausea. I feel sick at the thought of what this incredible franchise has become. Yes, OK, it has good graphics, and yes, the battle system is very pretty to look at, but the mechanics are boring and the essential game itself is… well, stupid.

Alright, this is just one writer’s opinion (well, actually, just Google “FFXV bad” and you’ll find I’m not the only one), but it really just breaks my heart that such an amazing franchise has fallen this low. By all means, play the game and make your own conclusions. However, be warned: if you are expecting a riveting tale filled with emotional scenes and an intriguing plot, I think it’s probably best if you looked elsewhere.