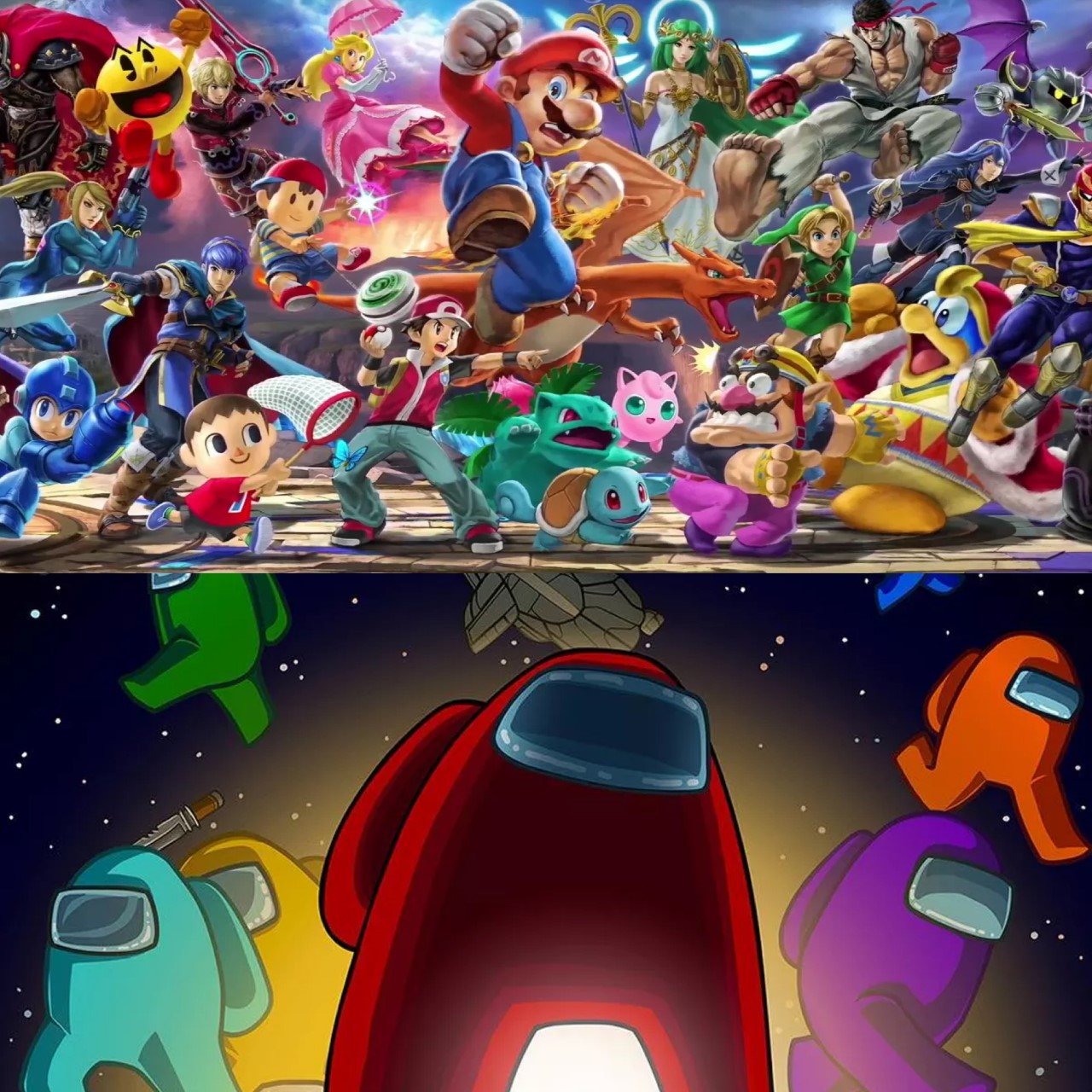 More amazingly done and fantastically accurate fan-made content now from two different Twitter users who have both created awesome concepts for a crossover that I think most of us would at least be a little curious to see: Among Us and Super Smash Brothers Ultimate.

The first crossover comes in an awesome piece of fan art from Twitter user Neogandwatch, who has recreated all of the Super Smash Brothers Ultimate characters in the style of the Among Us crewmates. The attention to detail is what I love about this, with everyone having accessories, little alterations and mini crewmates to perfectly reflect the characters. My personal favourites are Bayonetta- who has some killer legs that would probably be a little distracting in-game- Snake from Metal Gear Solid– with a tiny cigar and an alternate version in his box form- Pit and Dark Pit recreating that pointing Spider-Man meme and Sonic but only because of the adorable Tails mini crewmate. These are so cool and amazingly creative, displaying Neogandwatch’s talent as well as their understanding of the art styles and designs from both Among Us and Super Smash Brothers Ultimate.

The second comes from Twitter user Onyx, who designed concepts for Super Smash Brothers Ultimate move sets for the crewmates from Among Us. These moves are all super creative as well as actually pretty accurate to the move sets that can be found in Smash. The fan-made move set includes using electrical wires as a jab move, a stabbing knife swipe as a forward smash, and a sassy looking bitch slap as a dash attack. I could genuinely see these moves happening if a crewmate were to one day make their way into Super Smash Brothers Ultimate. With the recent addition of Among Us to the Nintendo Switch, it’s at least a little closer to reality than it once was.

Check out the Twitter accounts for both Onyx and Neogandwatch to show them some love and support after bringing us some fantastic fan-made crossover content.